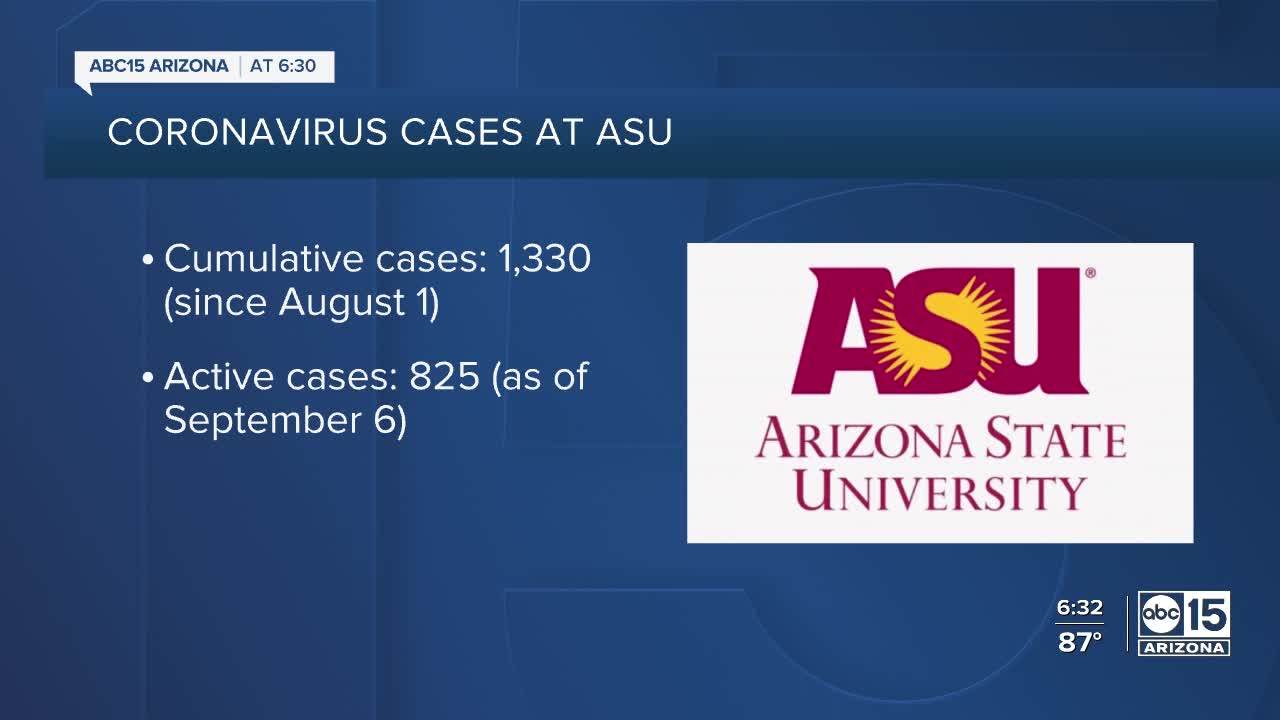 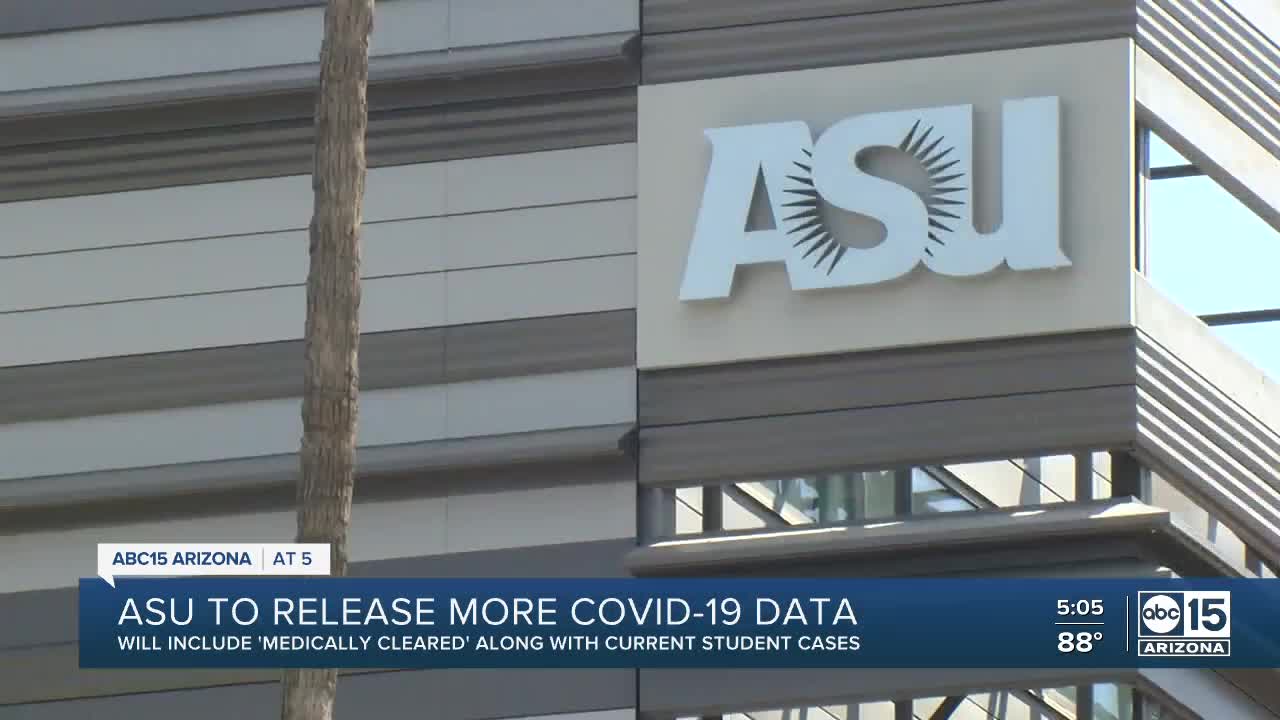 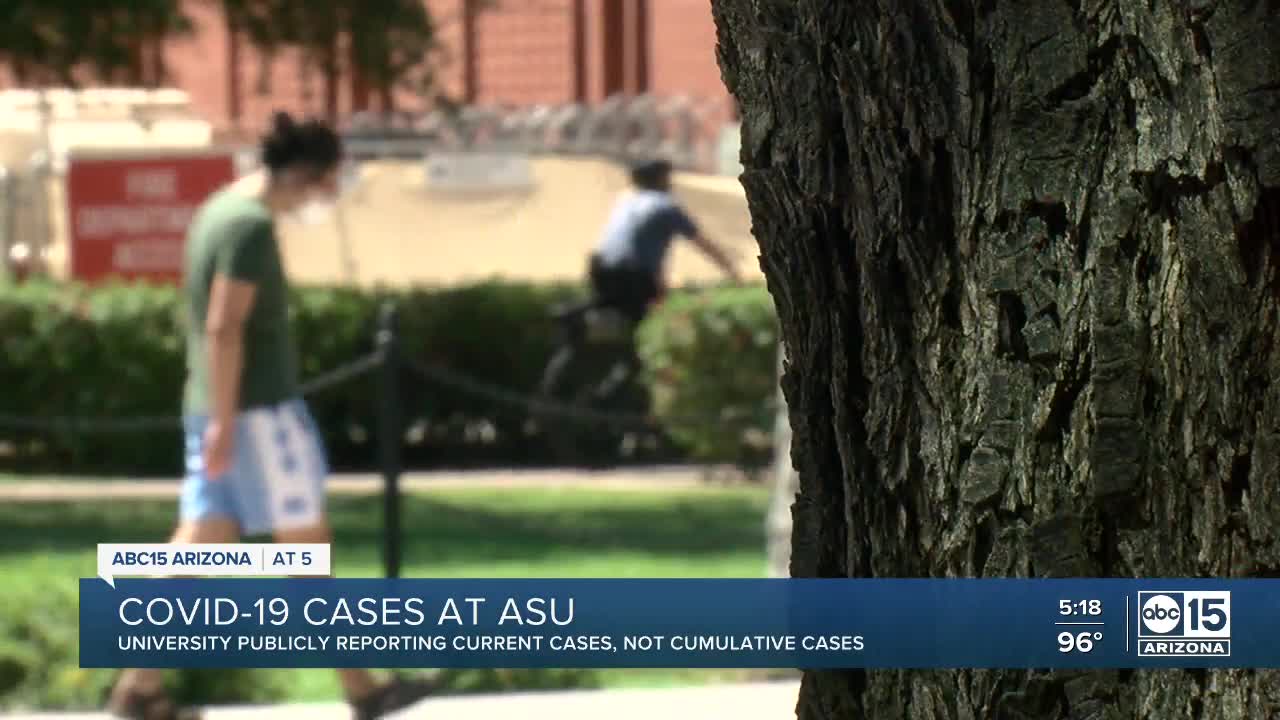 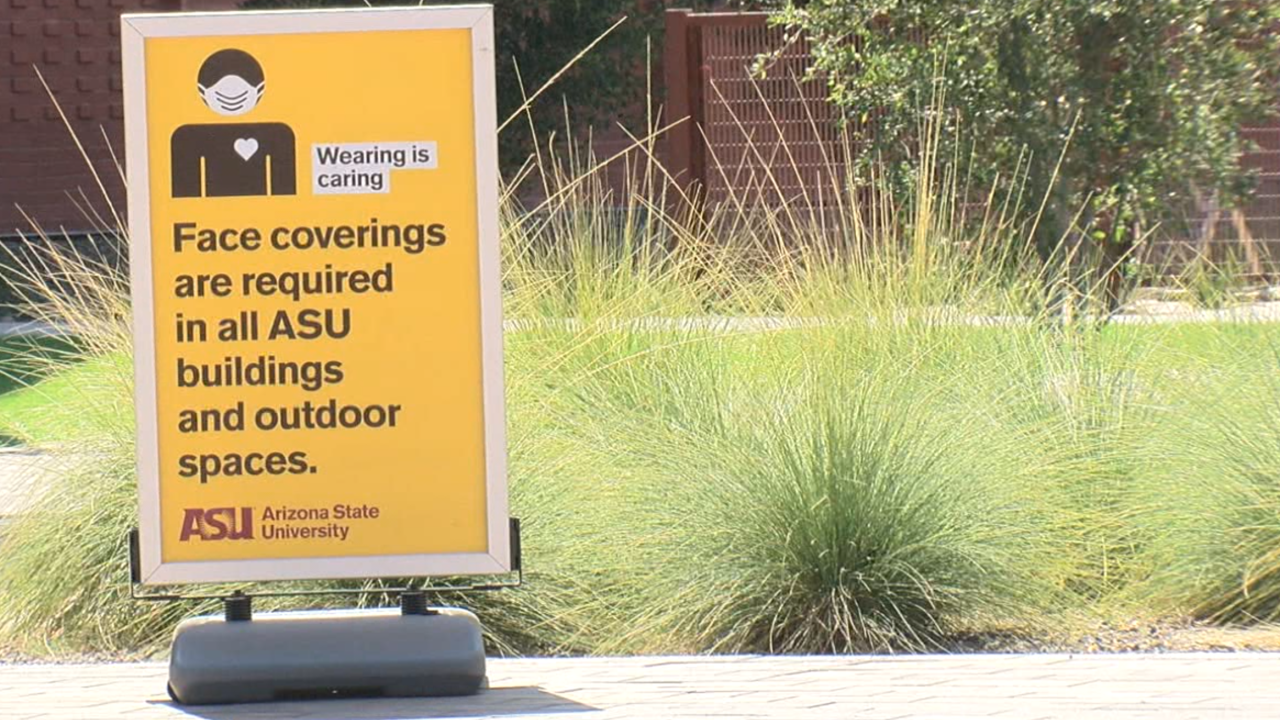 TEMPE, AZ — As eyes are on college campuses to see if they become a source of significant COVID-19 spread, ASU is reporting cases among students and faculty, but being selective in what data they share publicly.

ASU is now updating COVID-19 cases online twice a week, on Monday and Thursday. Monday night's update saw the University report 807 total known positives among a student body of 74,500, excluding online. Despite adding roughly 5,000 tests since last week, that number is down from September 2, when ASU reported 957 positives among the same group.

When asked for clarity on the numbers, an ASU spokesperson sent the following Monday night:

ASU reports data regarding known current positive COVID-19 cases twice weekly, reflective of data on hand Sunday/Wednesday. These numbers are not cumulative and they are not new daily totals. Over time, people will roll off the positive case count and that will impact the number ASU reports.

"The county health departments, the state health department, everybody is giving us cumulative cases to do tracking," said ABC15 Data Guru Garrett Archer. "It appears that ASU has chosen to do active cases only, which does make it difficult to track."

"ASU is focused on the current positive case count because that is what best informs us and our community about existing potential exposure to the virus."

Humble told ABC15, ASU deserves credit for the bulk of their plan to get students back on campus but feels they should publicly release more data on COVID-19 within their community.

"I think there's so many aspects to this that's going well, it's something you could actually brag about," Humble said. "I would encourage them to increase the number of metrics. For example, put up there the percent positives so you know how many students were tested each day and what percentage of those students tested positive and you could follow that trend line over time."

ABC15 requested an on-camera interview with President Crow or an ASU official. Via email, Thorne told ABC15 they are "working on something for the media" and understand the desire for clarity.

ASU reports that they have collected a total of 48,152 test results from students and employees since August 1.