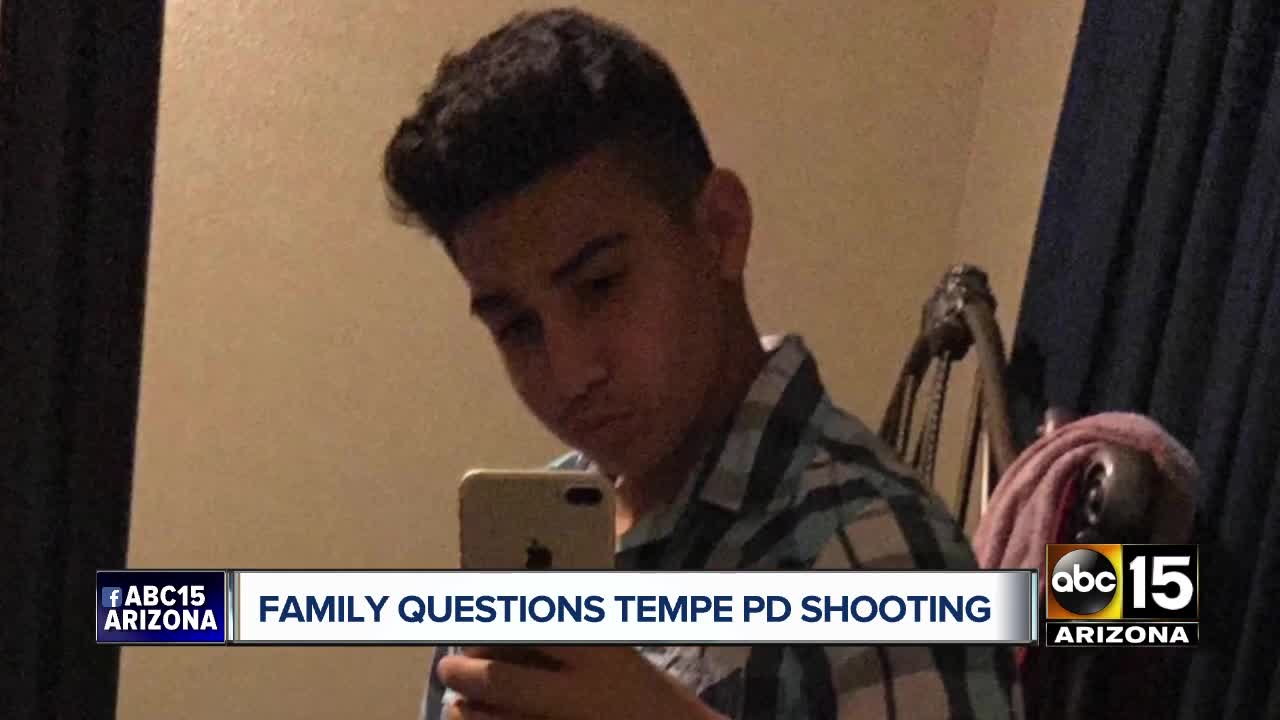 Family members are speaking out after a 14-year-old was shot and killed by Tempe police. ABC15's Mike Pelton has the story. 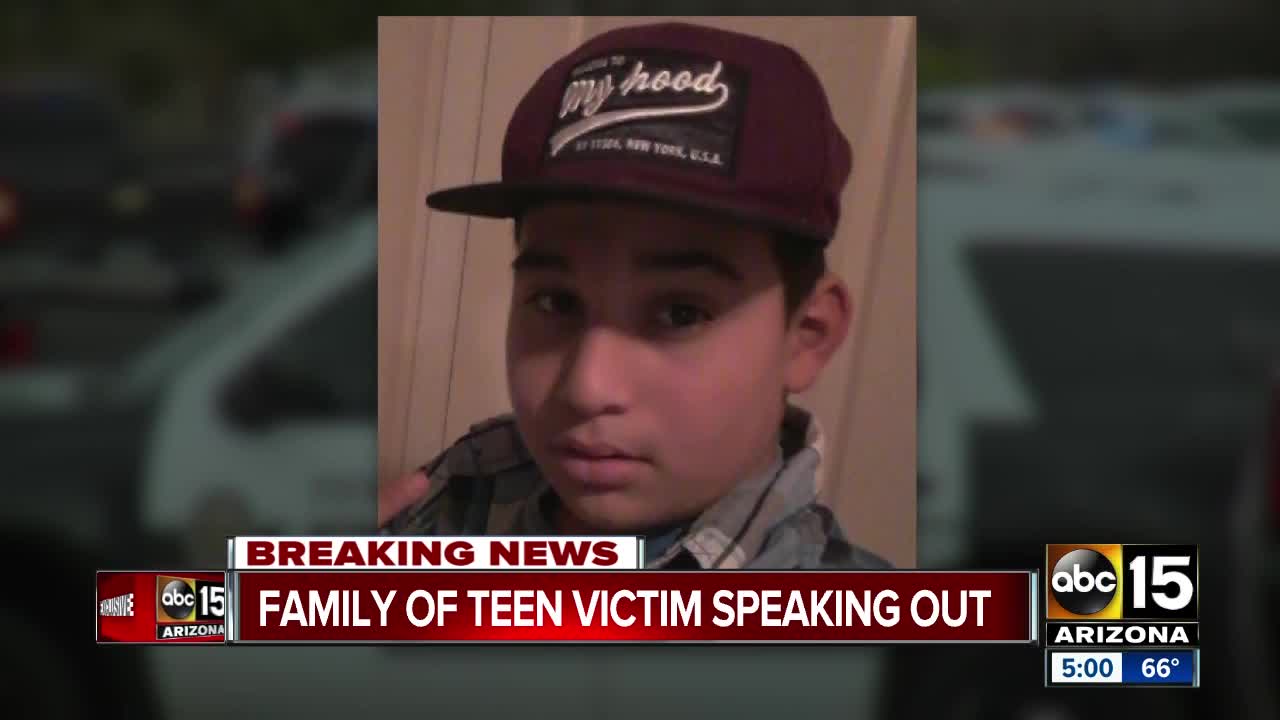 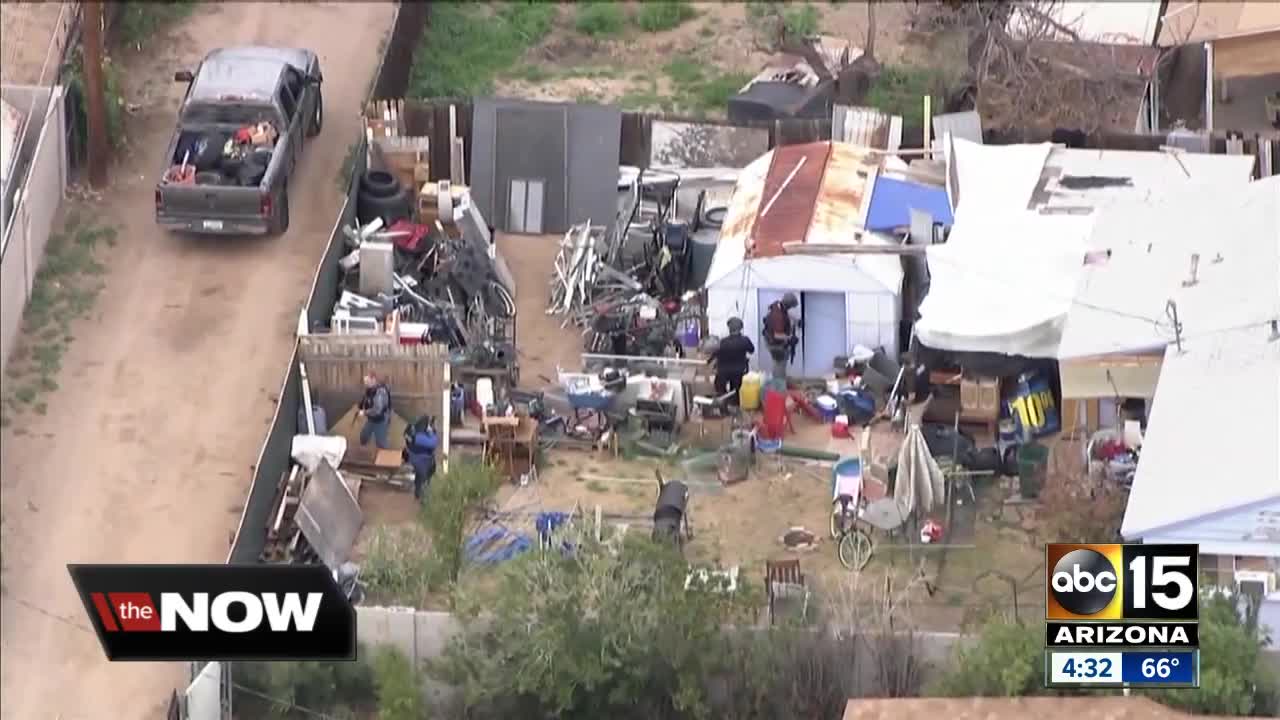 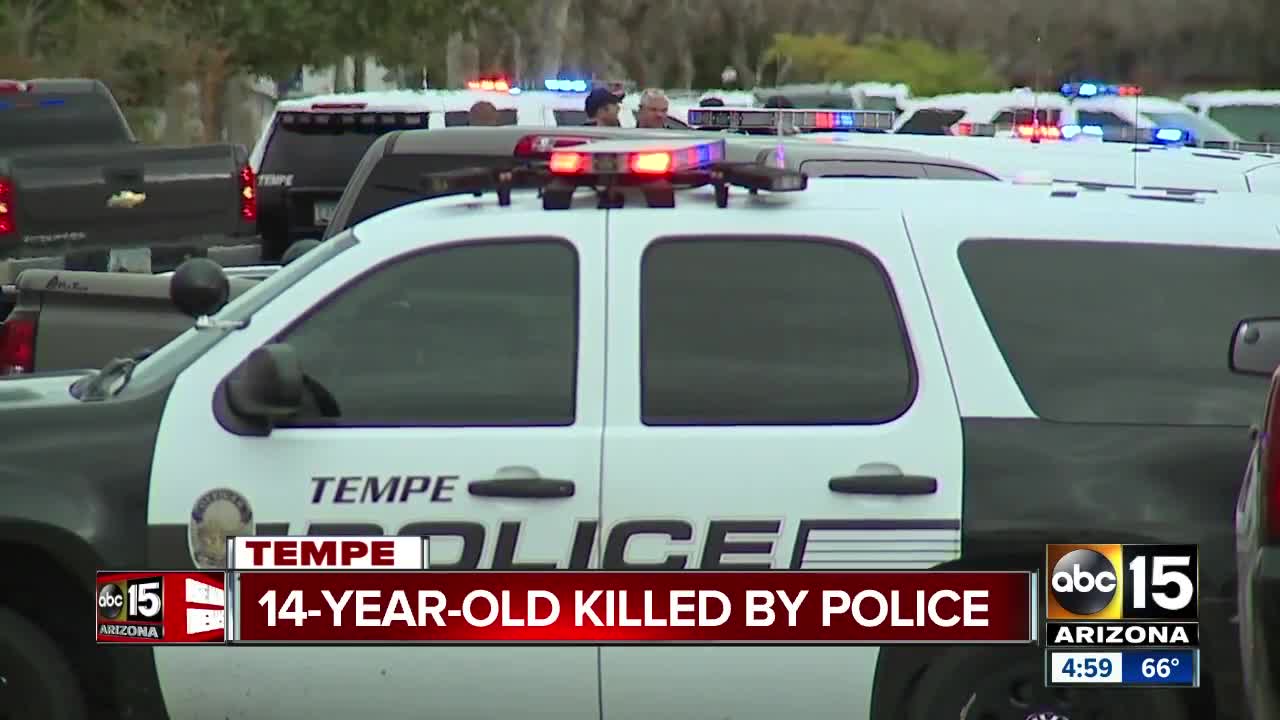 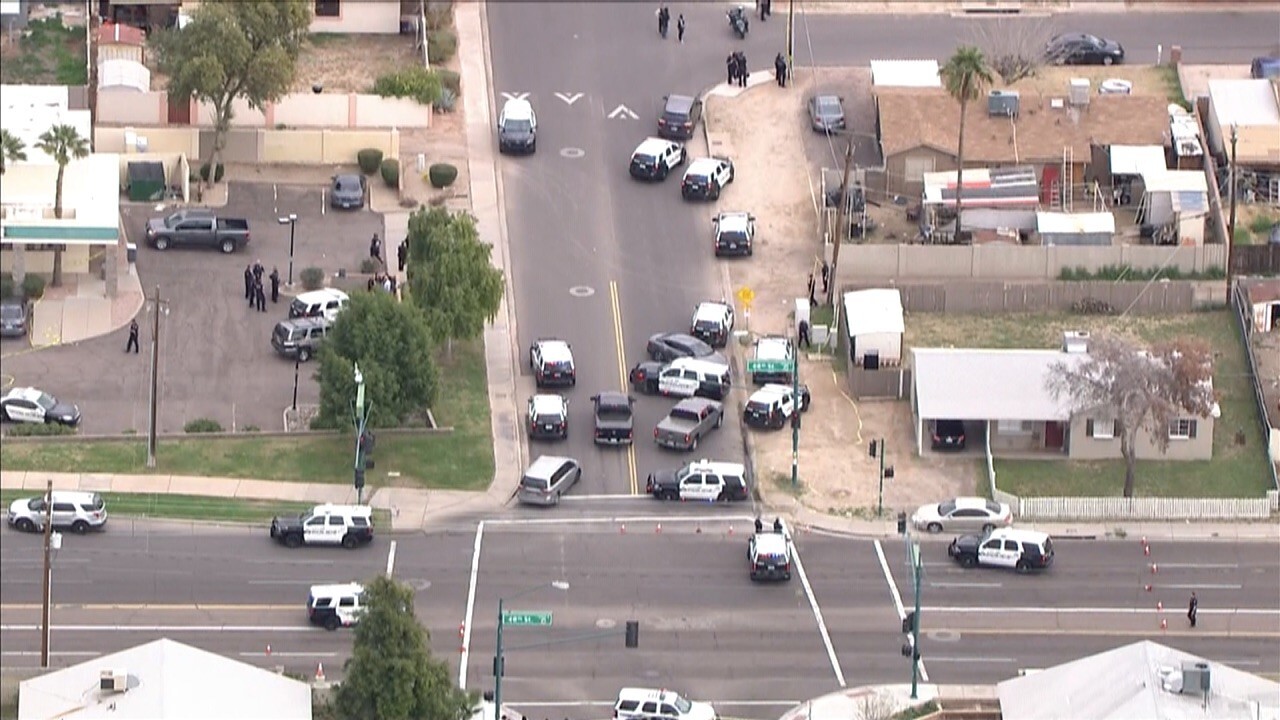 TEMPE, AZ — Tempe police say the burglary suspect shot and killed by an officer Tuesday afternoon was a 14-year-old boy with a replica airsoft gun.

According to police, just before 2:40 p.m., officers responded to an alley for a report of a suspicious vehicle.

Police say as the responding officer arrived at the scene, he observed someone who was in the process of burglarizing the car.

As the officer made contact with the teen, he exited the car on the passenger side and fled on foot holding a gun, which was later determined to be a replica model airsoft gun.

The officer chased the boy and gave verbal commands.

During this time, police say the officer "perceived a threat" and fired his gun, striking the boy.

The Tempe police chief said Friday in a news conference that the teen was shot in the scapula.

We are working an officer involved shooting in the area of 48th Street and Baseline. The officer was not injured. We will be working in the area so PLEASE stay off of the area if possible. We will provide more details as they become available. pic.twitter.com/ReOIIevj00

Responding officers located the 14-year-old near the exit of the alley and started to perform CPR and notified paramedics.

The boy was taken to the hospital, where he was later pronounced dead.

Police say the replica gun and items from the car the teen was seen burglarizing were found in his possession.

"As with all officer-involved shootings, we will conduct a thorough investigation in conjunction with the Maricopa County Attorney's Office," police said in a Wednesday news release.

The officer that fired his weapon has been placed on administrative leave during the investigation.

"The family of Antonio Arce is grieving his death today. As Mayor and as a father, I join them in
their grief and shock at this sudden loss. All young people have the promise to lead lives of
meaning and contribution to a greater good. When that potential is interrupted for any reason, it
amounts to a tragedy that cannot be understated

At this hour, I also am thinking of the highly trained and committed men and women of the
Tempe Police Department and the work they do every day to keep our community a safer place.
It is because of my confidence in their devotion and professionalism as a department that I
expect the current, active investigation into this shooting to be conducted thoroughly,
transparently and as rapidly as is possible.

This event is not an opportunity for speculation before all facts are known. That is why I will
wait to offer additional thoughts. I want to learn more as facts are verified and I know that our
Police Department is working quickly and with the Maricopa County Attorney’s Office to do
that. I ask for calm and thoughtful discourse and conduct within our community as the
investigation continues."

The Tuesday incident was the fourth officer-involved shooting in the Valley so far this year.

See the map below for every media-reported officer- and deputy-involved shooting in the Valley in 2018.