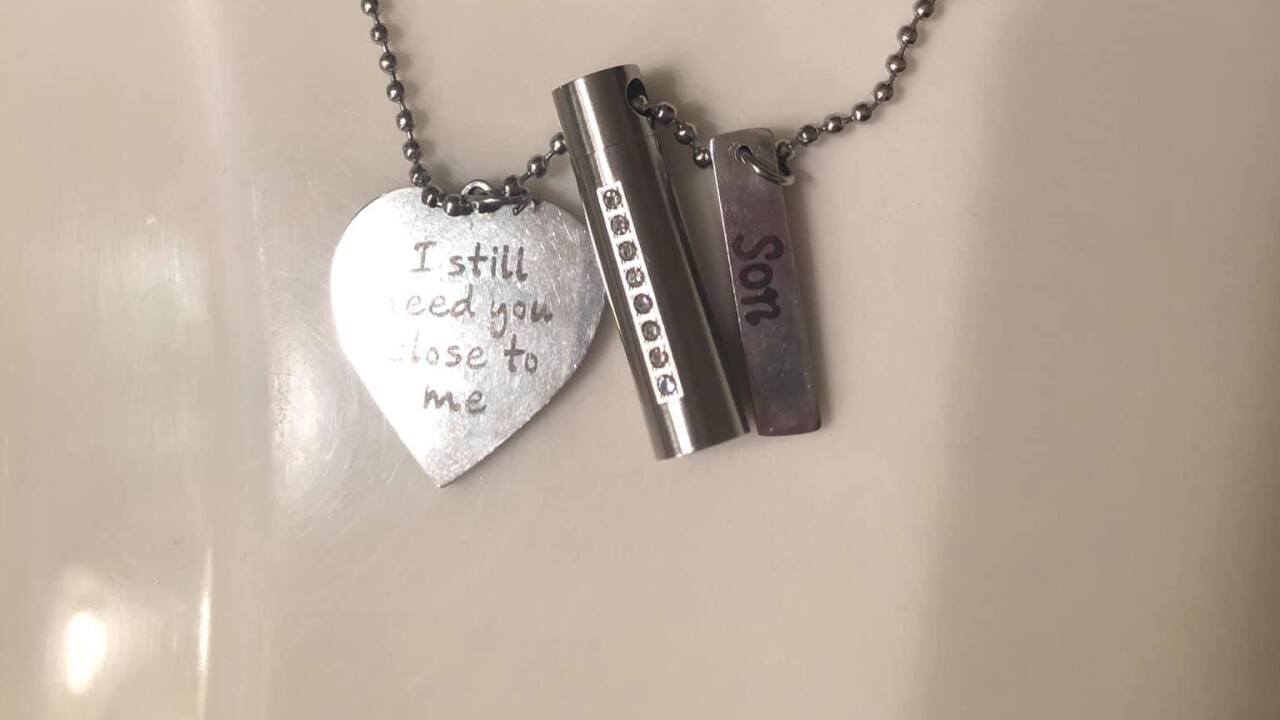 A memorial necklace with a son's ashes has been claimed after the woman saw the story on ABC15.

Janelle from Glendale says she saw our story and immediately recognized the necklace. She says her family members each got matching necklaces after losing her son in February to liver failure.

ABC15 has put Janelle in contact with Kim Stewart, the San Tan Valley woman who found the necklace in a Fry's Food store lost-and-found collection.

A Valley woman is searching for the person who may have lost a piece of irreplaceable jewelry at a local grocery store.

Kim Stewart, who works at the Fry's Food Store near Hunt Highway and Bella Vista in San Tan Valley, says she found a tiny black satchel within the store’s lost-and-found collection.

The store sends lost items like credit cards and other valuables to their corporate center, but donates smaller items to a nearby Goodwill store after they go unclaimed.

On her latest trip to Goodwill, Stewart says she got an urge to go through the bag that she normally just drops off to be sorted later.

"I don't know why it possessed me," Stewart says. That urge led her to find a tightly knotted bag which she brought home, thinking it was something valuable that she may need to send to corporate.

And it was valuable.

Stewart says the bag contained a silver necklace with two charms — one that says “son” and another that says “I still need you close to me” — along with a small canister of ashes.

She said she teared up when she realized what it was and said a little prayer.

She's keeping it safe at her home, thinking it would be safer and more respectful than keeping it in a store drawer.

Stewart says she believes the necklace was left at the store at least a few weeks ago. She says the bag of lost-and-found items had been in her office through the holidays.

If you know who this belongs to, please send an email to share@abc15.com and we will get in touch with Stewart to get it back to its rightful home.