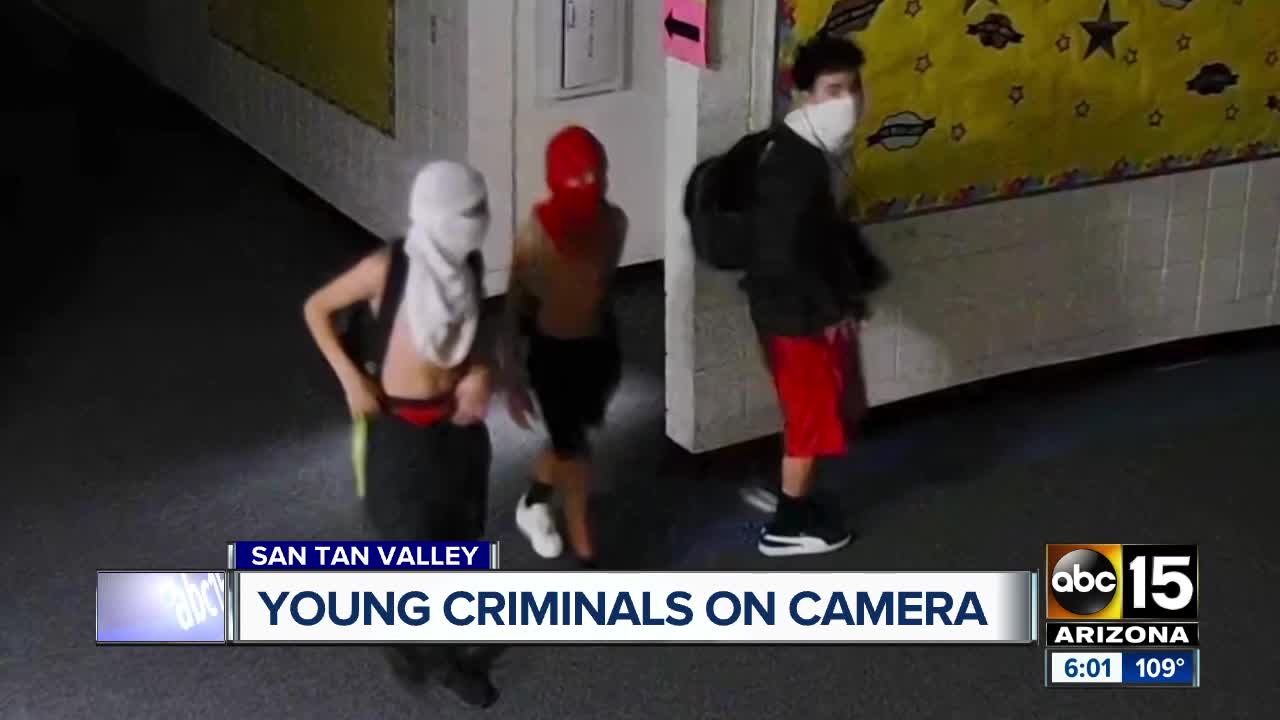 Pinal County deputies say the trio entered San Tan Heights K-8 around 1 a.m. Wednesday morning, stole 22 laptops and a school van, and took off. The van was found and returned before being stolen a second time and later found near downtown Phoenix. 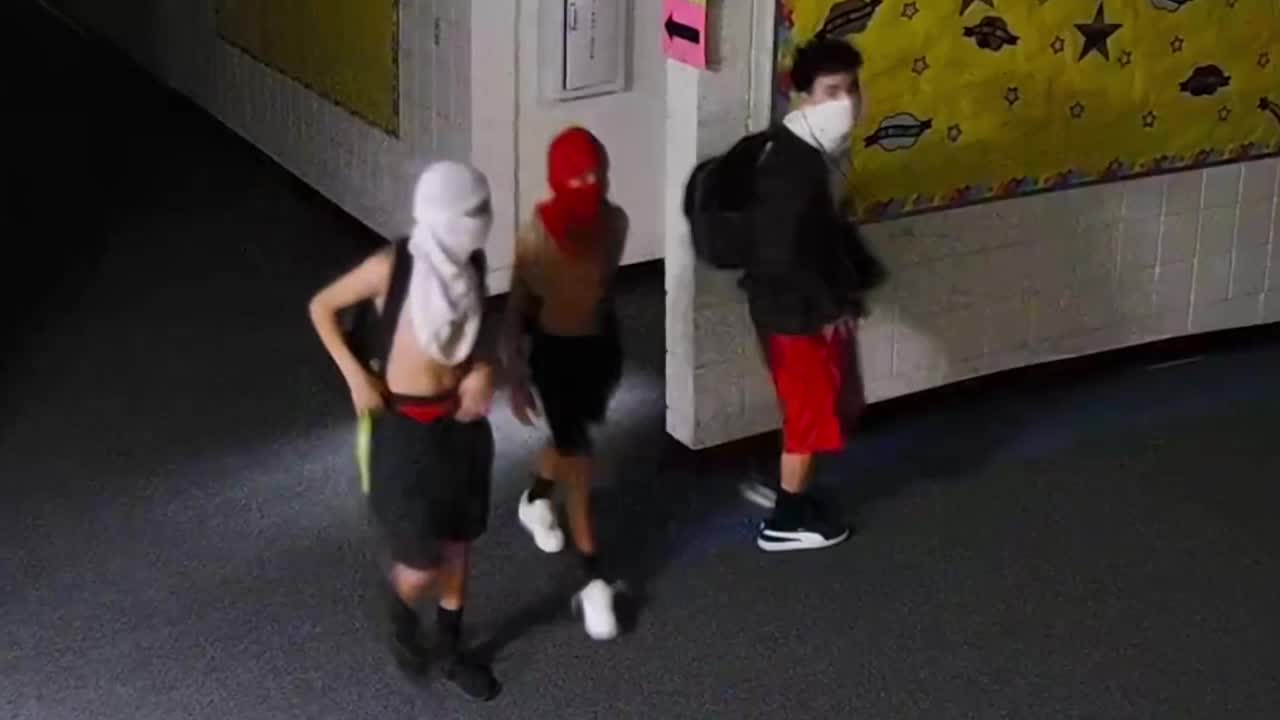 The Pinal County Sheriff's Office says the incident happened on Wednesday around 1 a.m. at the school near San Tan Heights Boulevard and Gary Road.

According to PCSO, the three suspects most likely entered the school through an unlocked door.

Video of the suspects in the school can be seen in the player above.

The group went into the media room and reportedly stole 22 laptops and then a school van before leaving.

Two of the laptops belonged to teachers and the others were for students in the upcoming school year.

The van was found about 100 yards away from the school later that morning, however the keys were missing, deputies said.

Wednesday evening, PCSO received a call of a suspicious vehicle a couple blocks from the school. PCSO then located 17 of the 22 laptops in that vehicle.

On Thursday, the school called PCSO once again after that same van was stolen a second time after being returned by deputies. It was later recovered near Buckeye Road and the I-17 in Phoenix.

Five of the laptops remain missing.

"Someone knows who these three people are," said Pinal County Sheriff Mark Lamb in a statement. "These laptops were meant for elementary school kids to better their education, and now we need your help in identifying and prosecuting these criminals who did this."