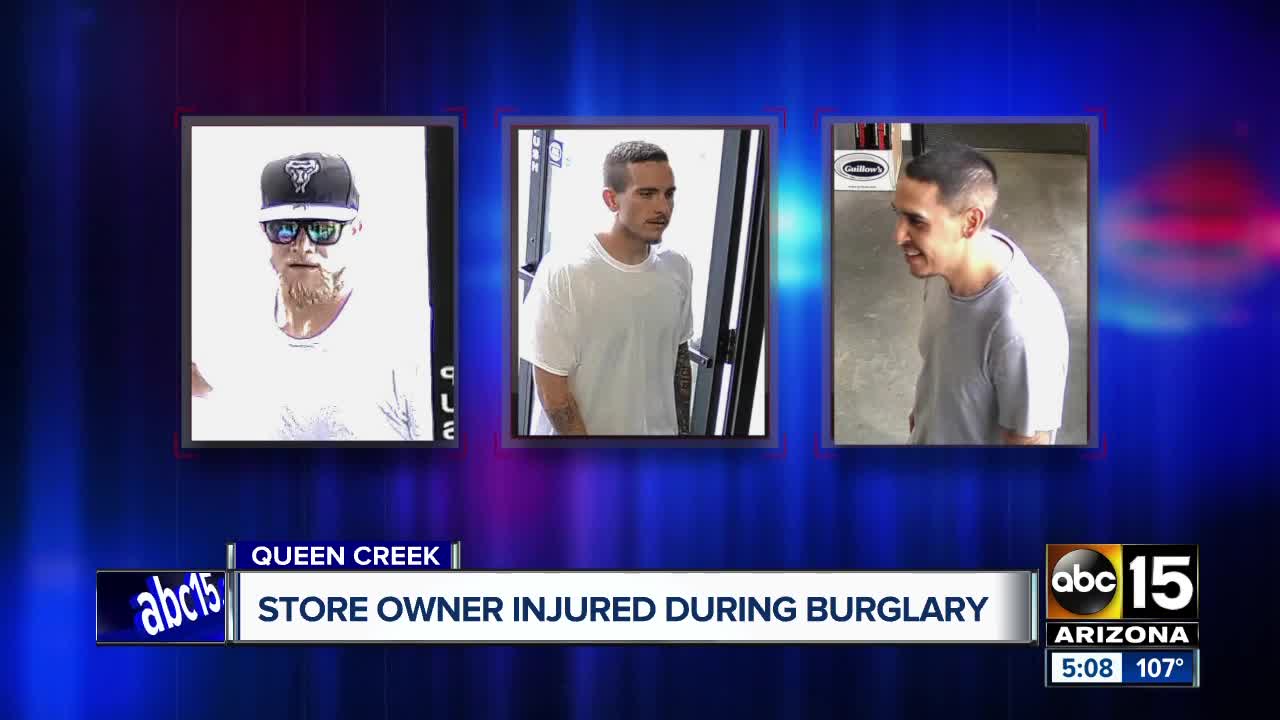 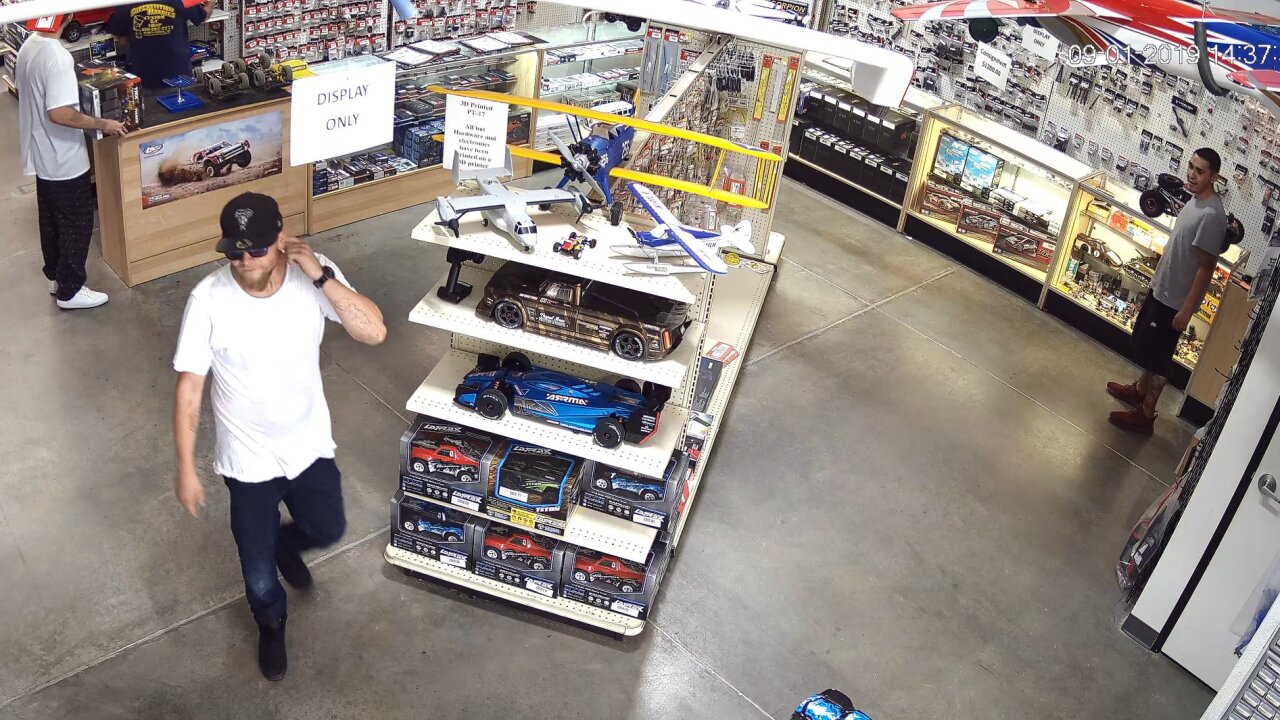 The Maricopa County Sheriff’s Office says that on Sunday, around 2:30 p.m., three suspects left the hobby store with approximately $1,200 worth of merchandise without paying.

The suspects fled in a green Chevy pickup truck with a fourth suspect. While fleeing the parking lot, MCSO says the truck struck the store owner, Michael Stevenson.

"Enough hit that I'm down and took a lot of asphalt, I'm still digging asphalt out of me," said Stevenson. "It hurts more personally taking it from us then financially. We'll survive that but it does hurt personally."

Alan Moulton posted the photos of the suspects on social media. He says he found out the crooks were re-selling their stolen items online.

"One of the folks that bought the car actually reached out to us this morning. They're actually returning the car here today," said Moulton.

Anyone with any information is asked to contact MCSO immediately at 602-876-1011.