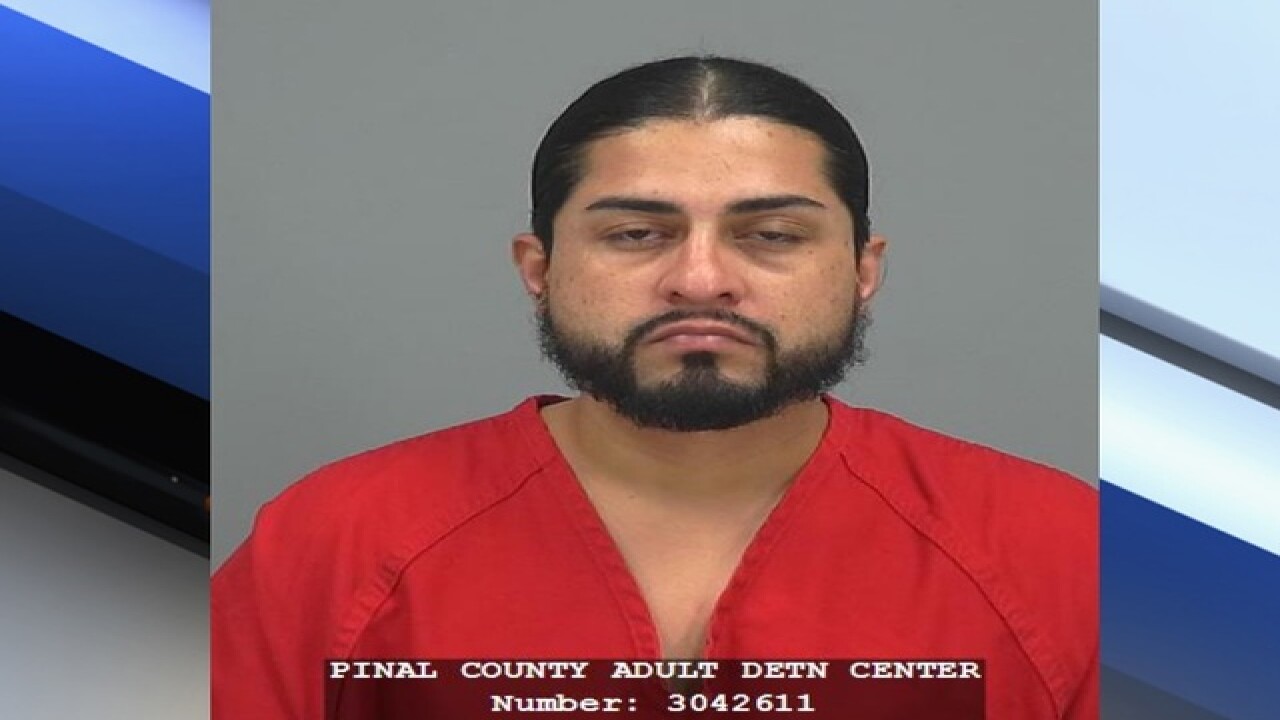 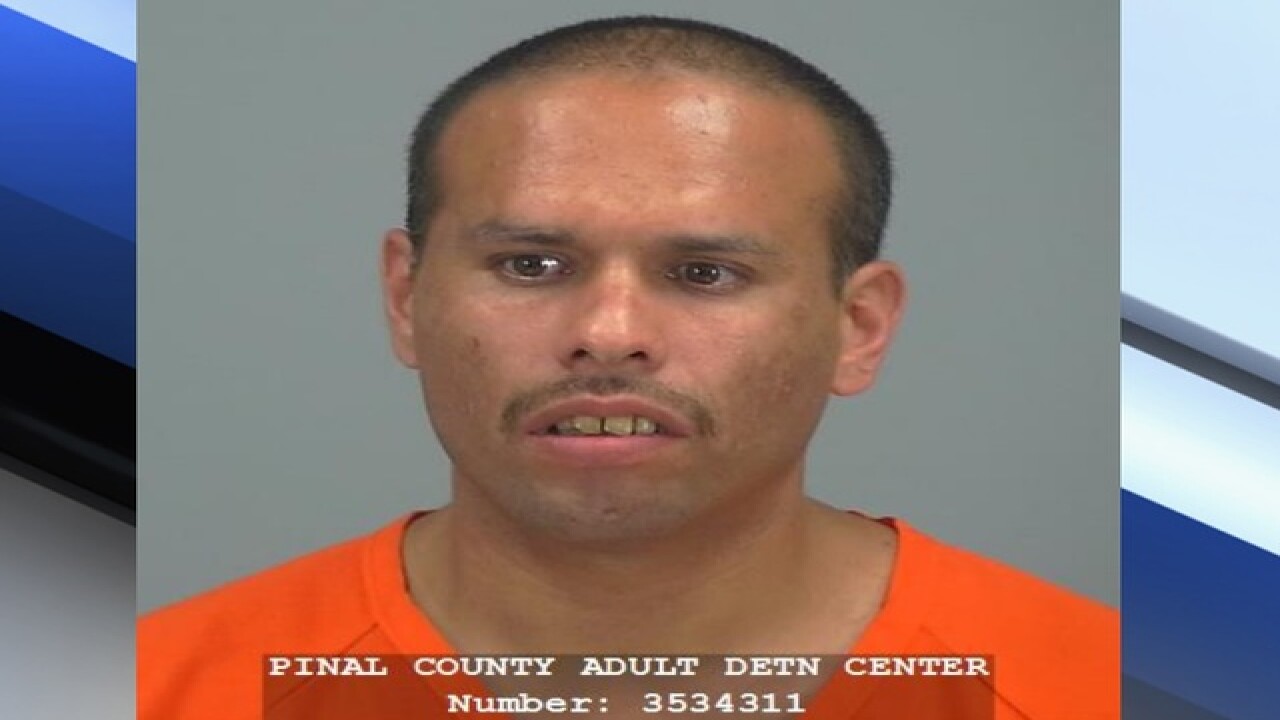 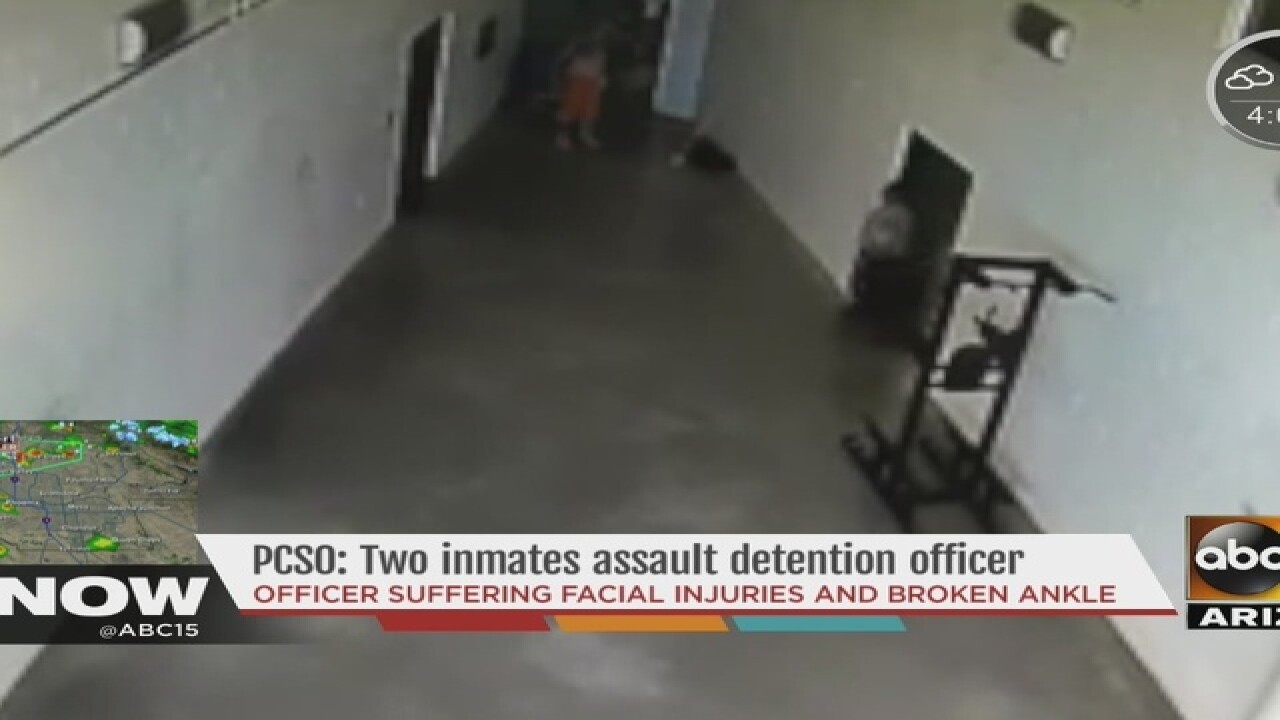 Two inmates are facing more charges after they allegedly assaulted a detention officer in Pinal County.

According to PCSO, the officer sustained facial injuries and a broken ankle. Another officer received injuries to his hands and wrists while subduing the inmates.

Both inmates are facing aggravated assault charges and remain in custody.