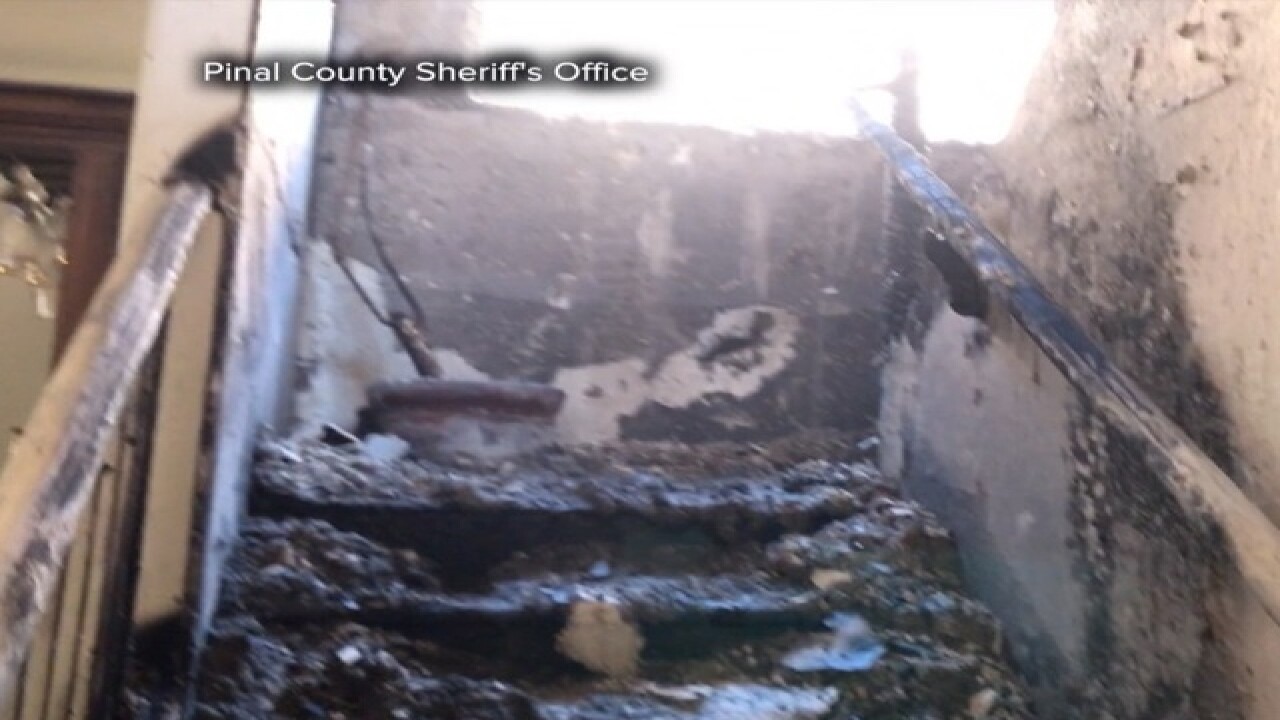 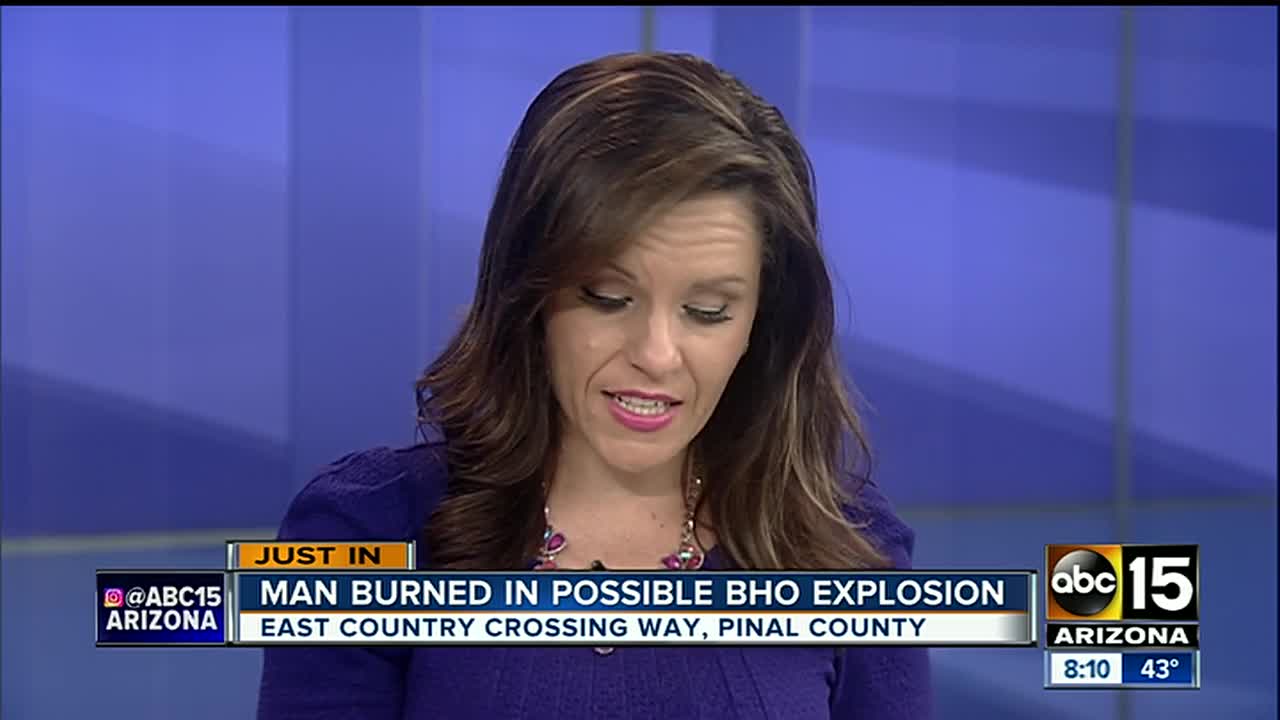 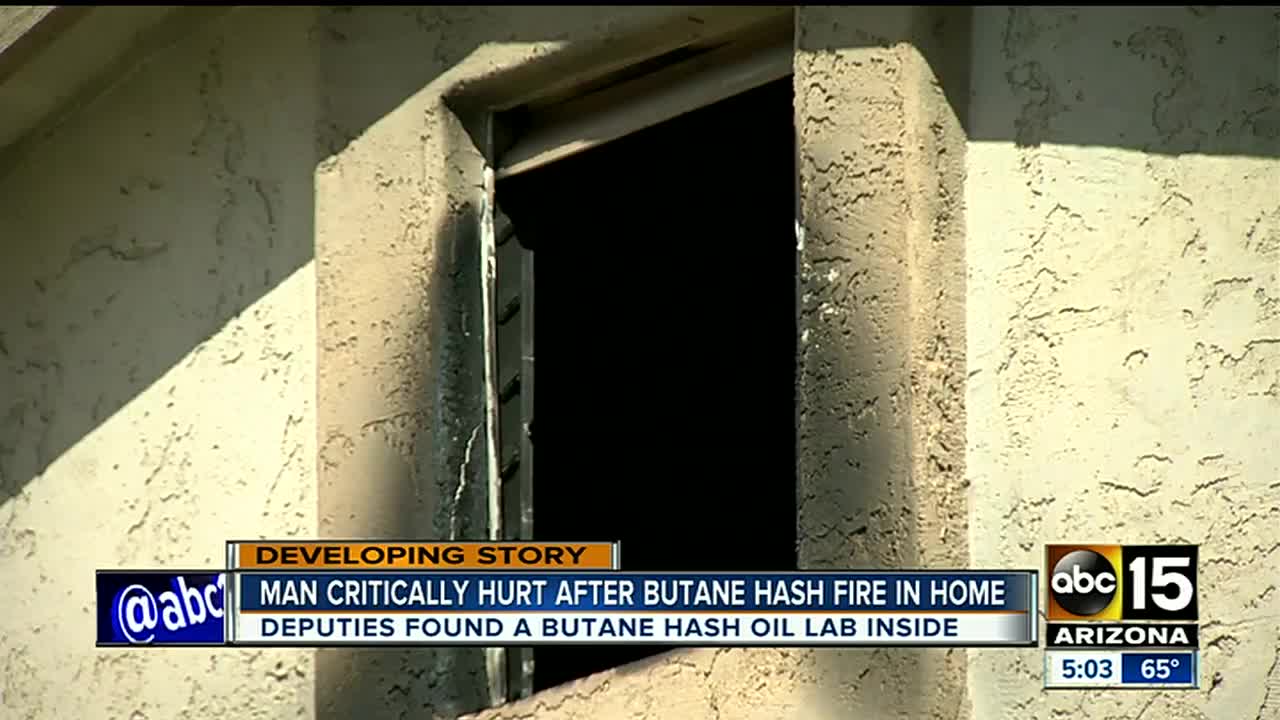 The sheriff's office in Pinal County is investigating after they believe a butane hash oil lab sparked a fire and injured one man in San Tan Valley.

According to officials, shortly before 10 p.m. on Friday, crews were called out to a house fire near Hunt Highway and Johnson Ranch Boulevard.

Once inside, firefighters discovered a man who had been severely burned. He is now in the hospital with third-degree burns to his legs, arms and head. The man also suffered severe smoke and heat damage to his lungs.

PCSO said the man was in critical but stable condition come Sunday.

Officials believe there was an active butane hash oil lab at the residence. Seventy cans of butane were located in the home along with marijuana, butane honey oil and a butane hash oil extractor.

The fire spread to a nearby home, and two homes were evacuated. No other injuries occurred.

PCSO said detectives are working on charges against the man with the county attorney's office.

Officials said the fire was not an explosion, but neighbors did tell them they heard popping noises during the fire.