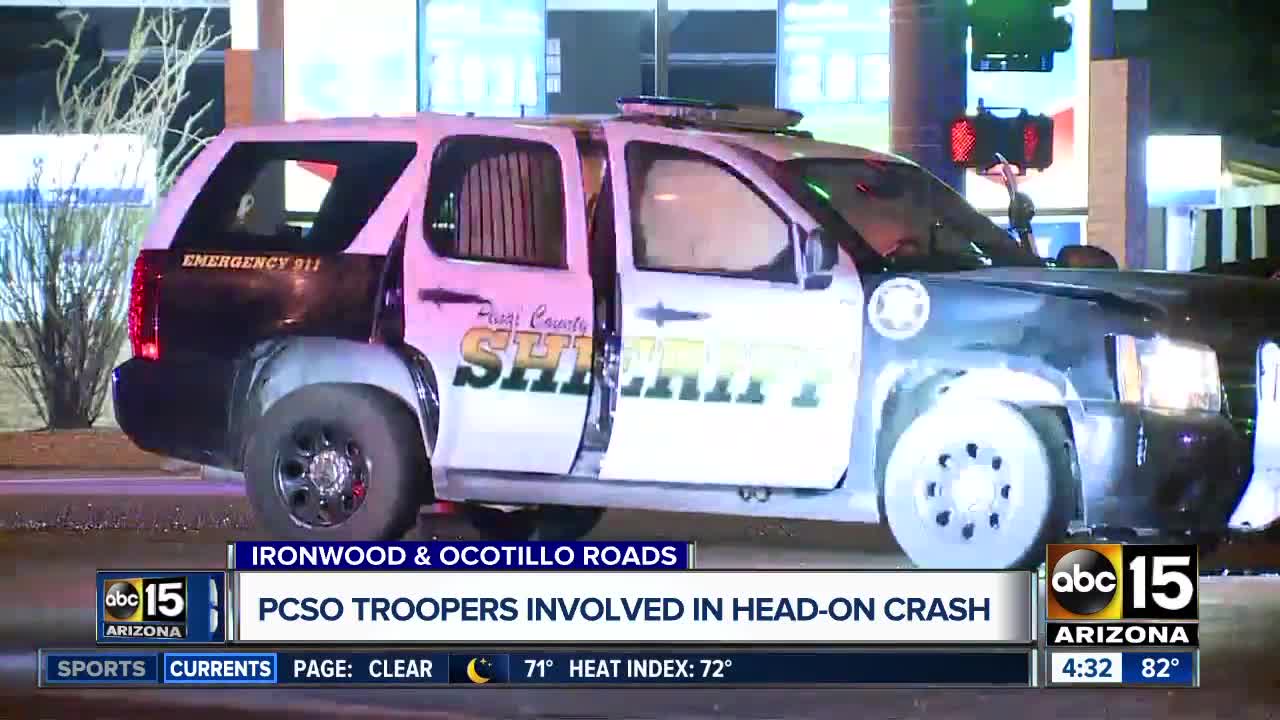 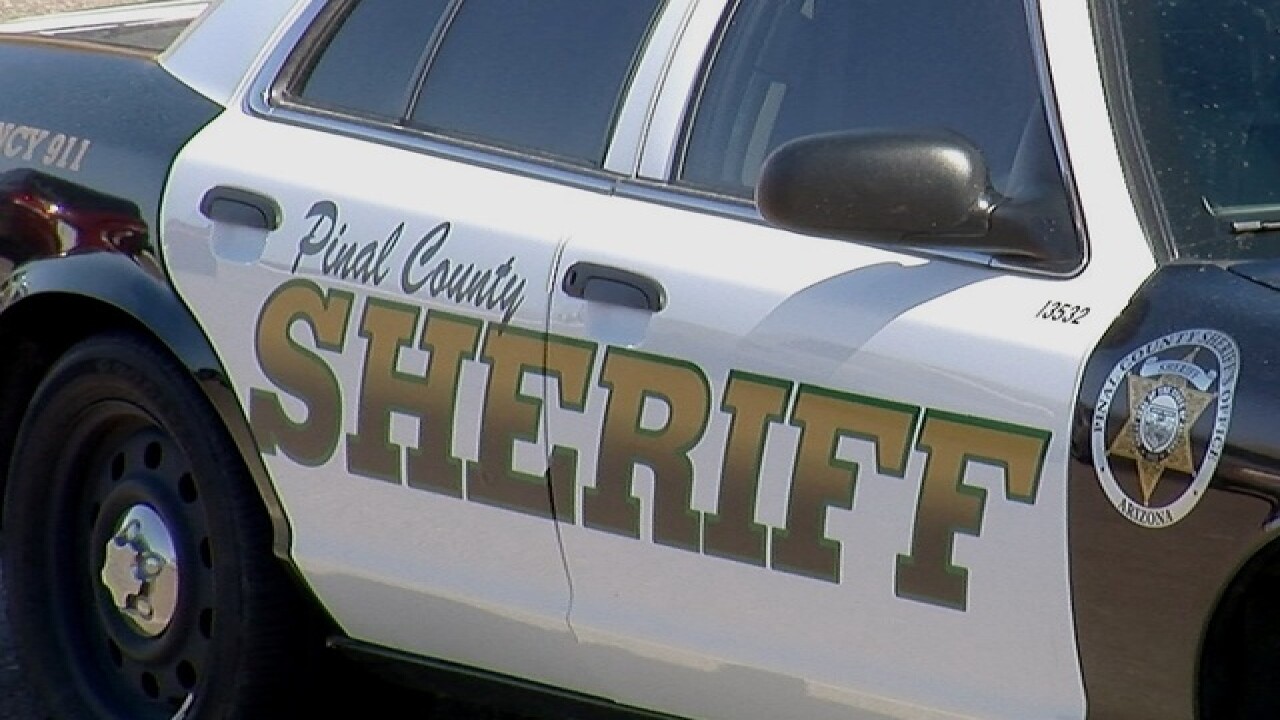 PCSO says the crash occurred near Ocotillo and Ironwood roads in Queen Creek.

Two deputies were in one vehicle and another person was in a second car when the two crashed.

The deputies and civilian were taken to the hospital with minor injuries.

At this time, there is no word on what led to the crash.

PCSO says the crash is under investigation.