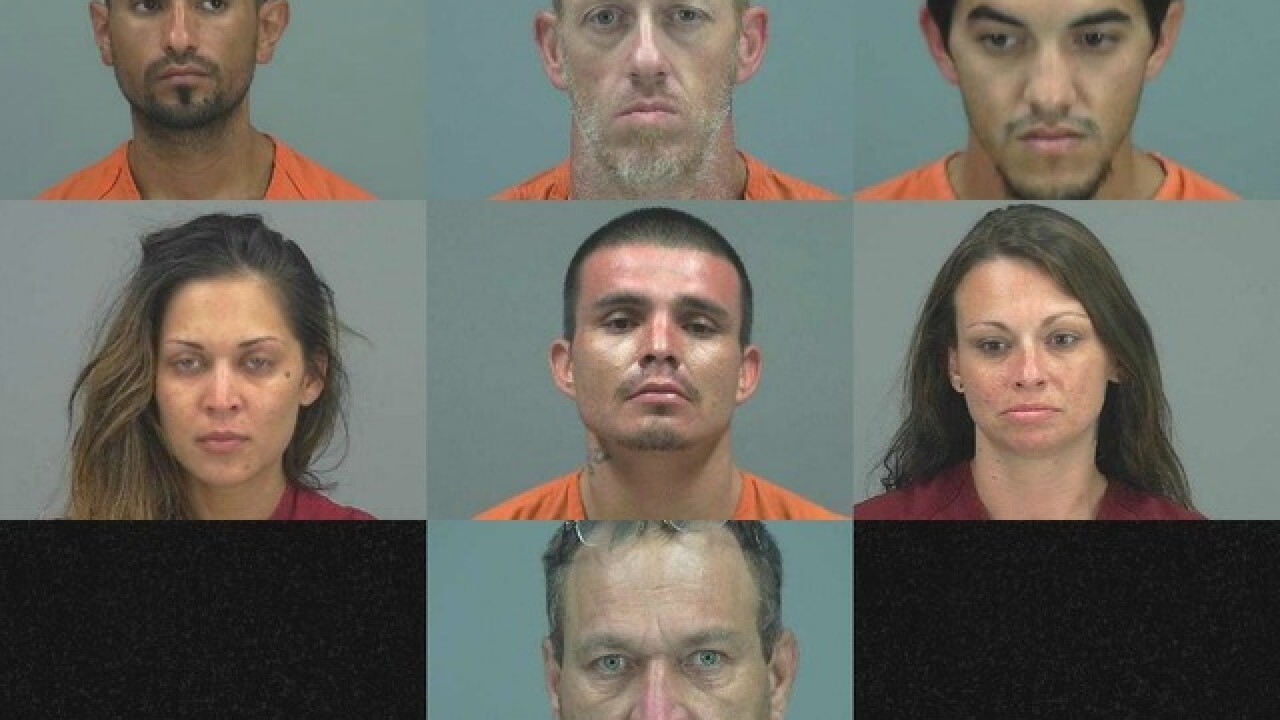 Copyright 2018 Scripps Media, Inc. All rights reserved. This material may not be published, broadcast, rewritten, or redistributed.
PCSO

Seven people have been arrested in connection with the thefts of at least 40 off-road vehicles from the Queen Creek and San Tan Valley areas.

According to Forghani, deputies learned each of the suspects had a specific role in the operation and would case neighborhoods looking for anyone with an off-road vehicle or motorcycle. The suspects would then come back and steal the vehicle.

Of the more than 40 thefts believed to have been executed by the ring, deputies have recovered and returned eight vehicles to their rightful owners.

Forghani said the estimated value of the property PCSO was able to return to owners is in excess of $95,000.

PCSO officials said they believe the group may have also been operating in the Valley, so they are working with local agencies as part of an ongoing investigation. Forghani said more arrests are expected in the case.