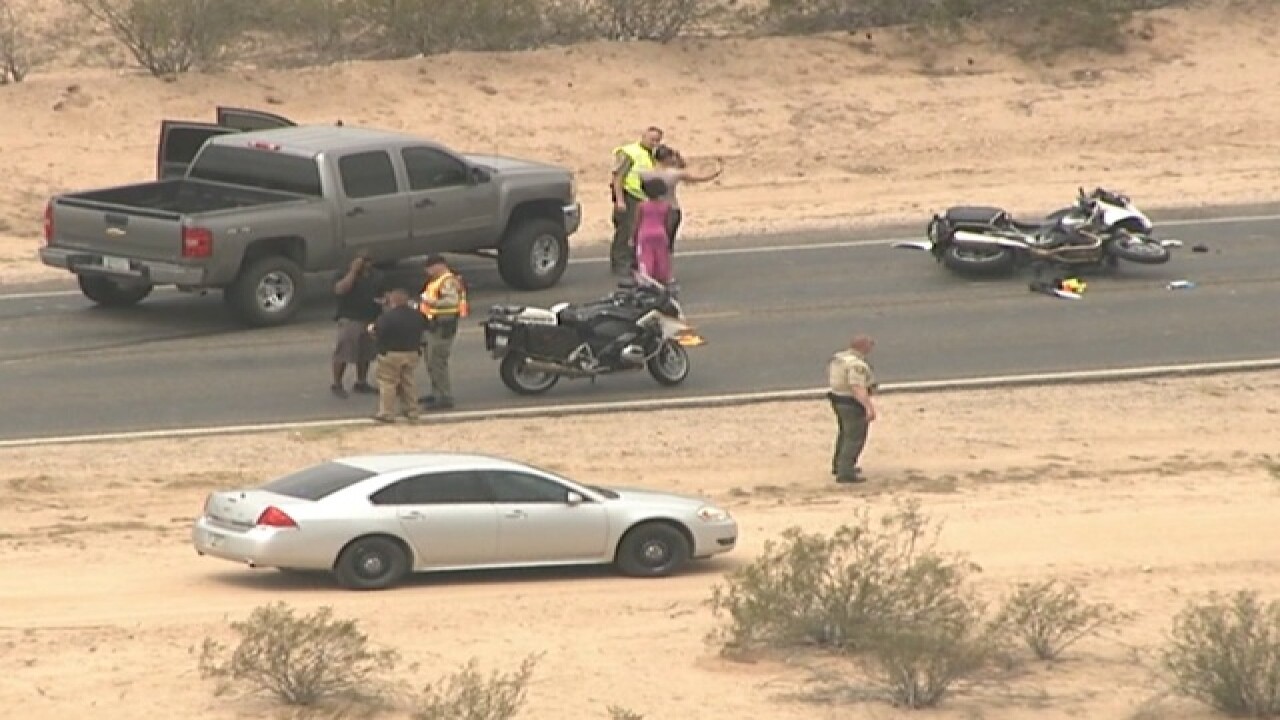 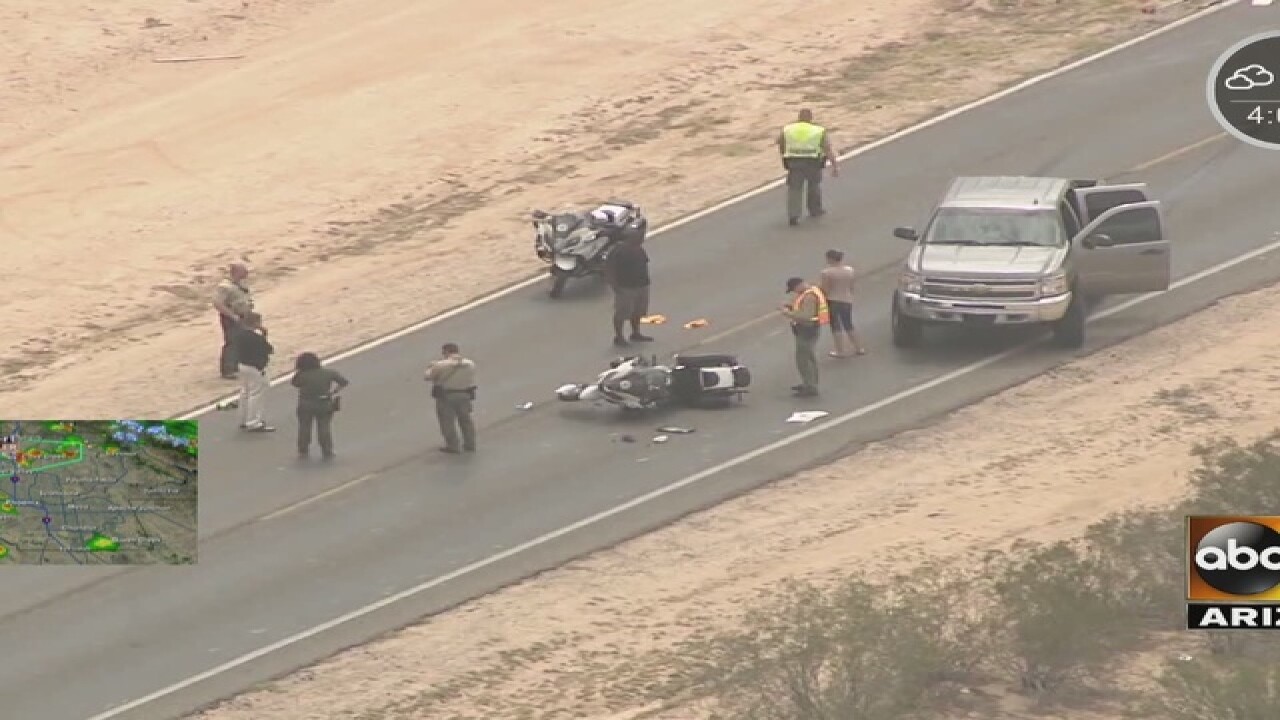 Officials say a deputy was injured in a crash in Pinal County on Tuesday.

The Pinal County Sheriff’s Office told ABC15 the injured deputy got into a crash on Hunt Highway near Arizona Farms Road.

According to PCSO, the deputy was alert and conscious and was taken to the hospital for treatment for leg injuries.

Come Wednesday, the deputy was released from a hospital and is currently recovering. He is expected to return to work soon.

Hunt Highway was closed south of Arizona Farms Road to Oasis Blvd, but has since reopened.