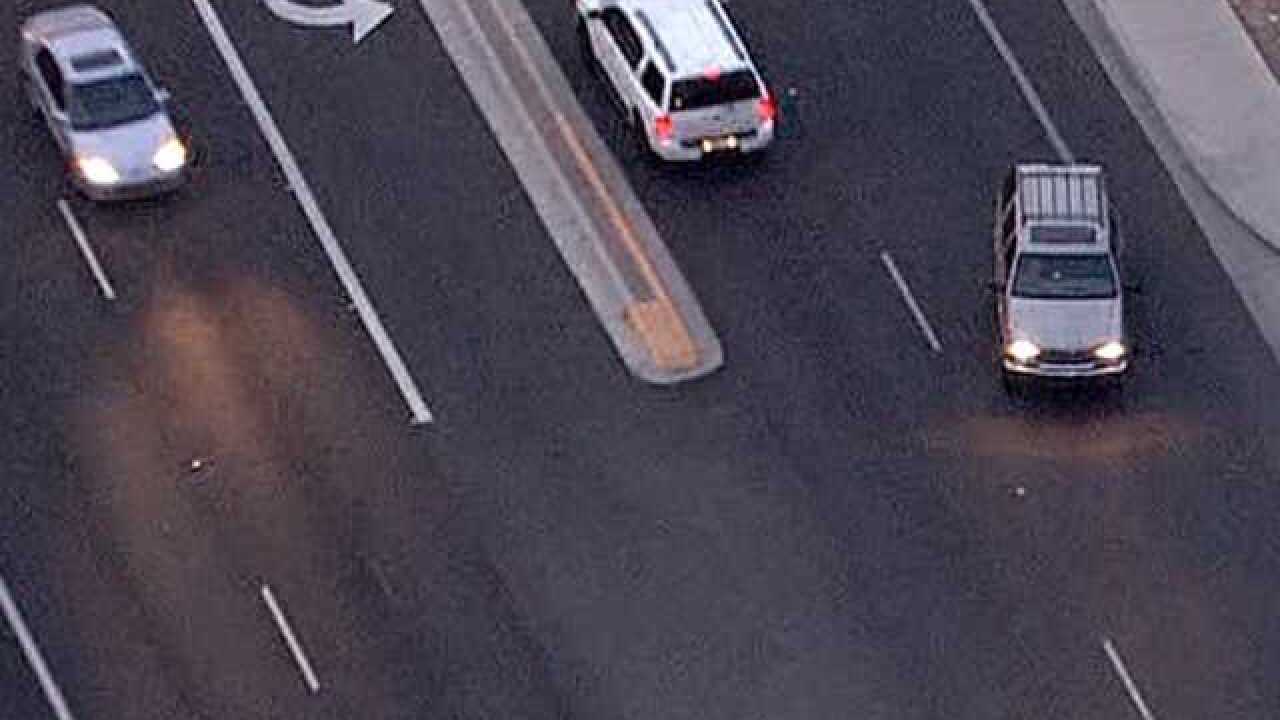 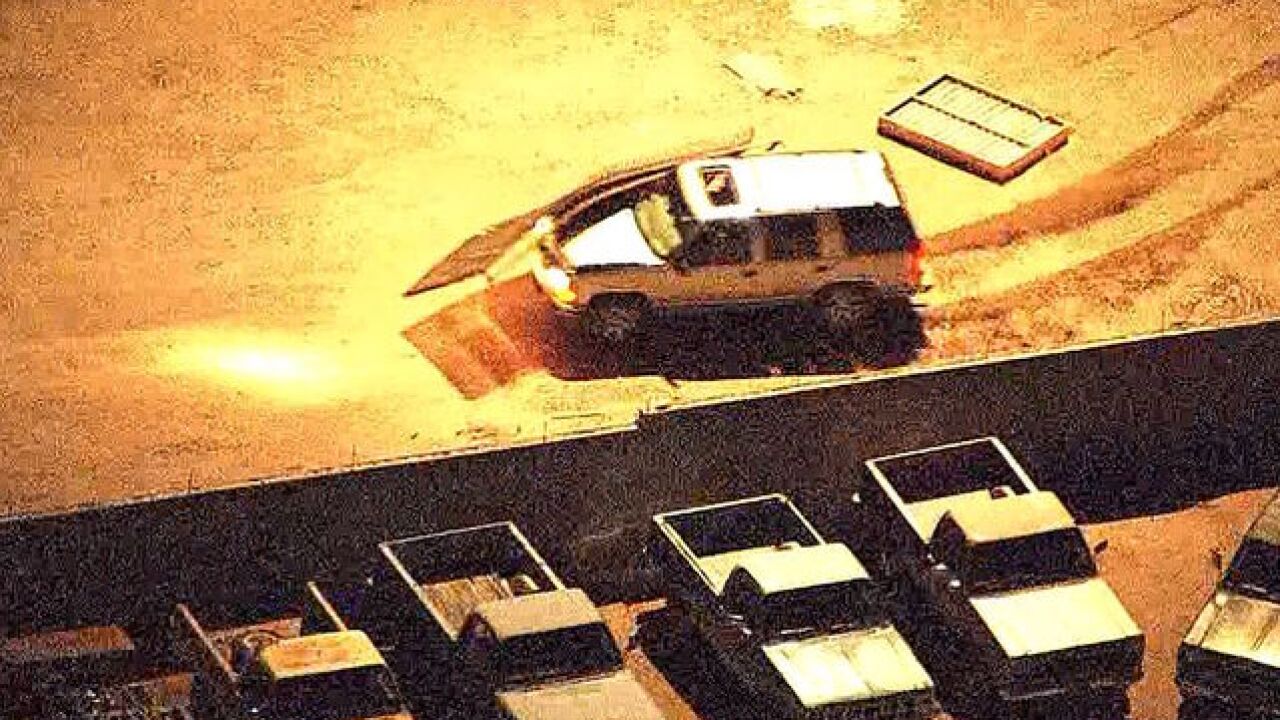 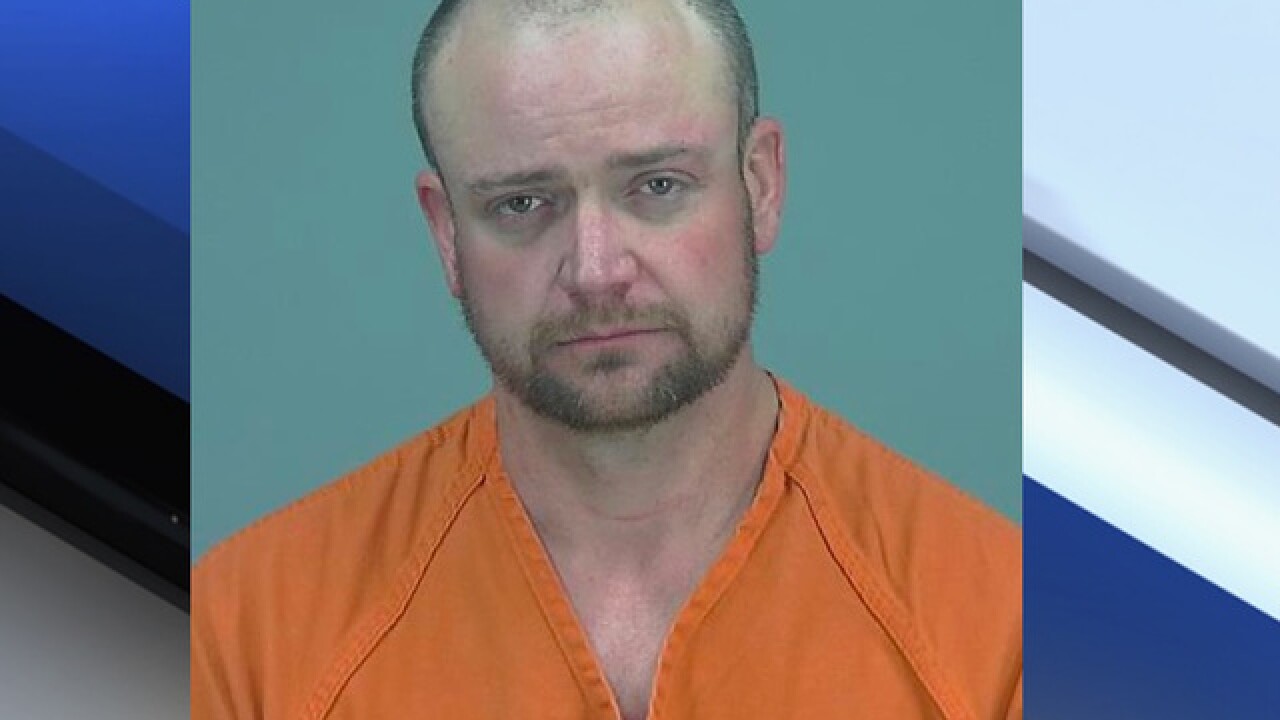 A high-speed police chase through the southeast Valley Wednesday night ended with an embrace and two people taken into custody.

Watch Air15 video of the pursuit in player below.

Air15 video showed police converging on the two suspects after they bailed out of the SUV around 6:15 p.m. near Ironwood and Guadalupe.

Around 9 p.m., authorities identified the suspects as 35-year-old Dustin Perkins of Snowflake and 29-year-old Lovida Flores. Perkins suffered a broken hand during the crash and Flores was listed in serious condition.

On Thursday, authorities said Flores suffered a brain bleed, dislocated jaw and neck pain as a result of the crash, however, she's expected to recover.

Mesa police said the incident started with a report of a stolen vehicle from the Salt River Police Department.

A Mesa patrol unit located the vehicle and tried to pull it over, but it failed to stop. The Mesa unit did not pursue the suspect at that time, but it was located a short time later leading to a pursuit involving several agencies.

Aerial footage showed multiple police cars following the silver SUV as it sped through the southeast Valley Wednesday evening. A police helicopter could also be seen tracking the vehicle.

The Pinal County Sheriff's Office began pursuing the suspect near Ocotillo and Schnepf roads in San Tan Valley. PCSO deputies eventually arrested the two suspects after they crashed their vehicle near Ironwood and Guadalupe.

PCSO Perkins is facing multiple charges including unlawful flight, reckless driving, aggressive driving, criminal damage and stolen vehicle. As of Thursday, PCSO was not filing charges against Flores, however, she could be facing charges from other law enforcement agencies.

According to PCSO on Thursday, Perkins was booked into jail, but Flores remains in the hospital.