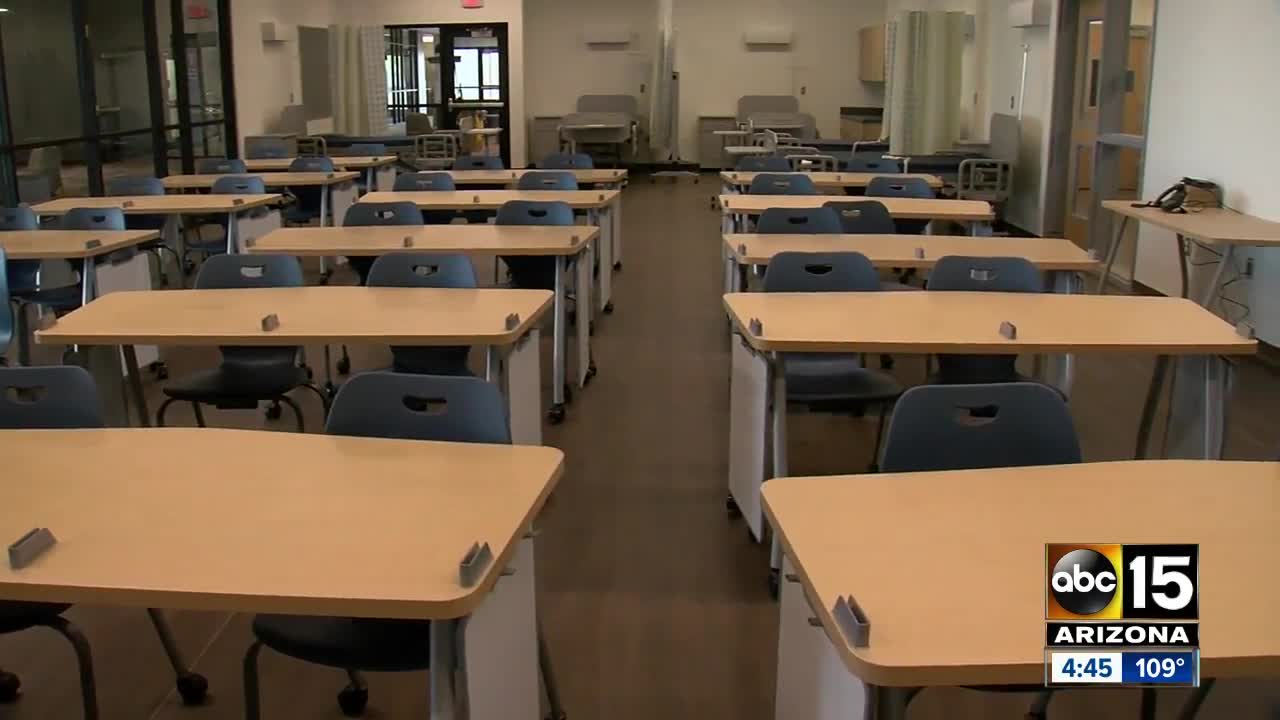 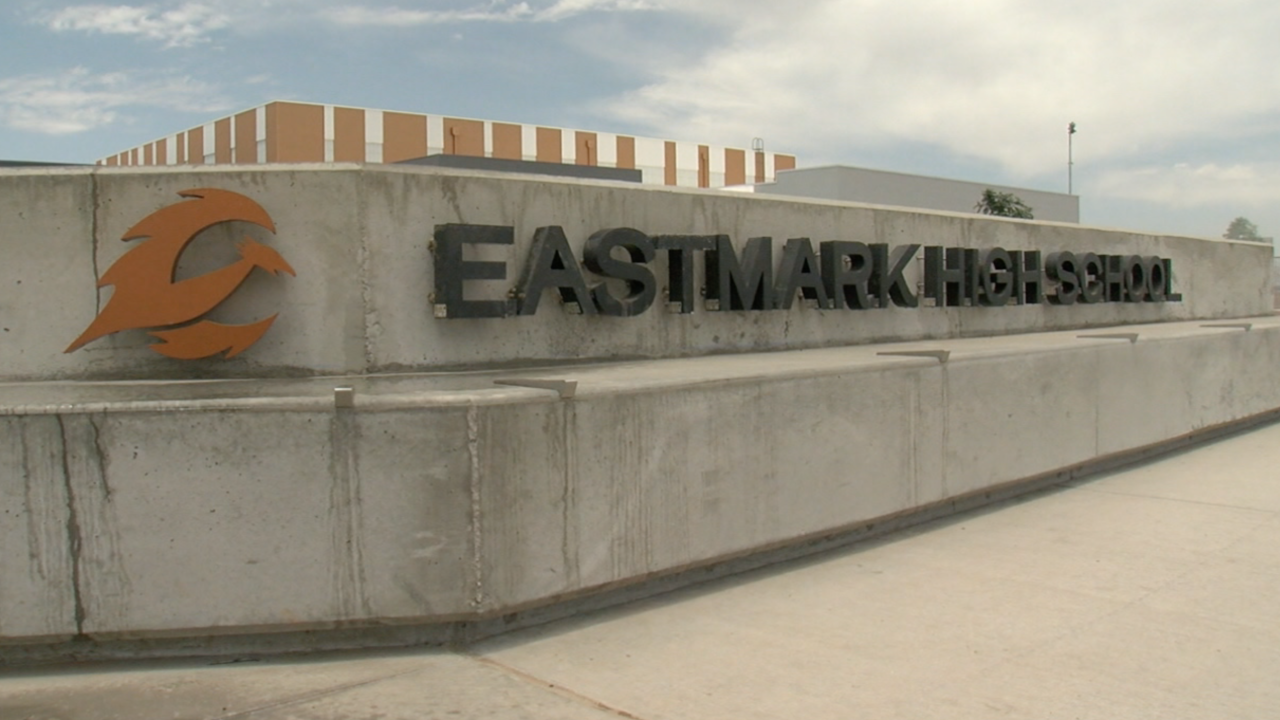 MESA, AZ — A brand new high school is opening in the East Valley and it's far from your traditional high school.

The school is located in a brand new community on the border of Mesa and Queen Creek. The area is slated to have up to 15,000 homes once complete.

Eastmark will open its doors with about 700 students in grades 7-10. Grades 11 and 12 will be added within the next 2-3 years. The first class is expected to graduate from the school in 2022.

The school was built with voter-approved bond funds and state school facilities funding.

Queen Creek Unified School District officials described it as anything but your traditional high school.

"The bright airy design, glass walls, lounging areas, and classrooms with learning stations were designed to incorporate the 21st-century style of learning," according to principal Paul Gagnon.

"Those two design features are very important when you look at research on bright, open spaces and how it affects mood and character and culture," said Gagnon.

ABC15 first got a sneak peek at the school through virtual reality goggles courtesy of the architectural design firm Orcutt Winslow.

Saravana Bala who is one of the designers of the school described the virtual reality technology as the "present of architecture, not just the future."

"We are doing pretty much every project in our studio that involves not just virtual reality, but augmented reality," said Bala.

Orcutt Winslow has built schools in 85 districts in Arizona. These include more than twenty high schools and more than 200 elementary schools.

Seeing the blueprints come to life before the walls are up to can help districts save a lot of money in construction costs, as those invested in the project could identify potential design flaws or improvements they want to make up front.

"With the virtual reality we were able to walk through the school and see where we wanted all of the outlets and what we wanted all of our paint colors to be," said Jim Lamb, the Director of Bond Projects and Construction for the Queen Creek School District.

Orcutt Winslow's architects describe Eastmark as a one of a kind school in the Valley, based on a career-path academy model.

Gagnon said students will work with a counselor to choose one of four career paths they wanted to follow. These include the business and leadership academy, fine arts and media, medical pathway, and the STEM academy which incorporated computer coding and engineering.

Enrollment is still taking place on the campus. Eastmark is hosting an open house for interested community members on Thursday, July 11 from 6:30-8PM. It will be located on the new school campus at 9560 E. Ray Road in Mesa. Parking is located off of Copernicus Road.

You can learn more about the school on their website.