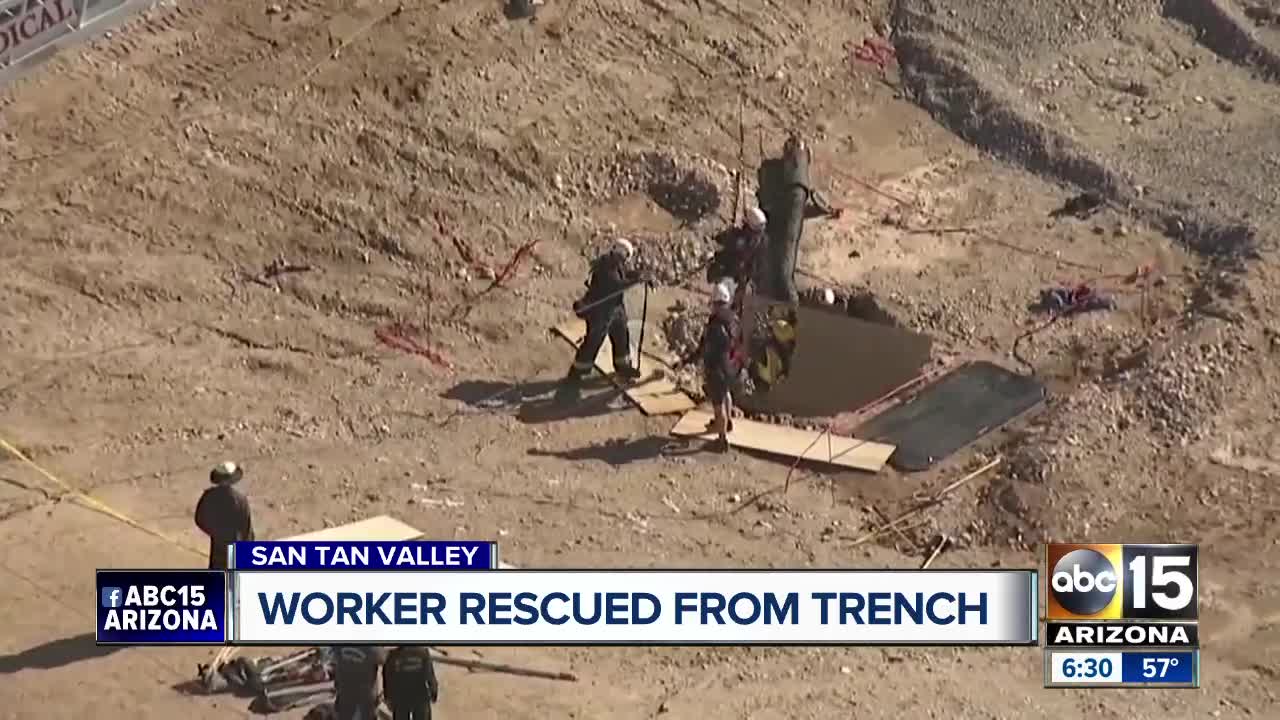 Worker rescued from a trench in San Tan Valley after five hours. 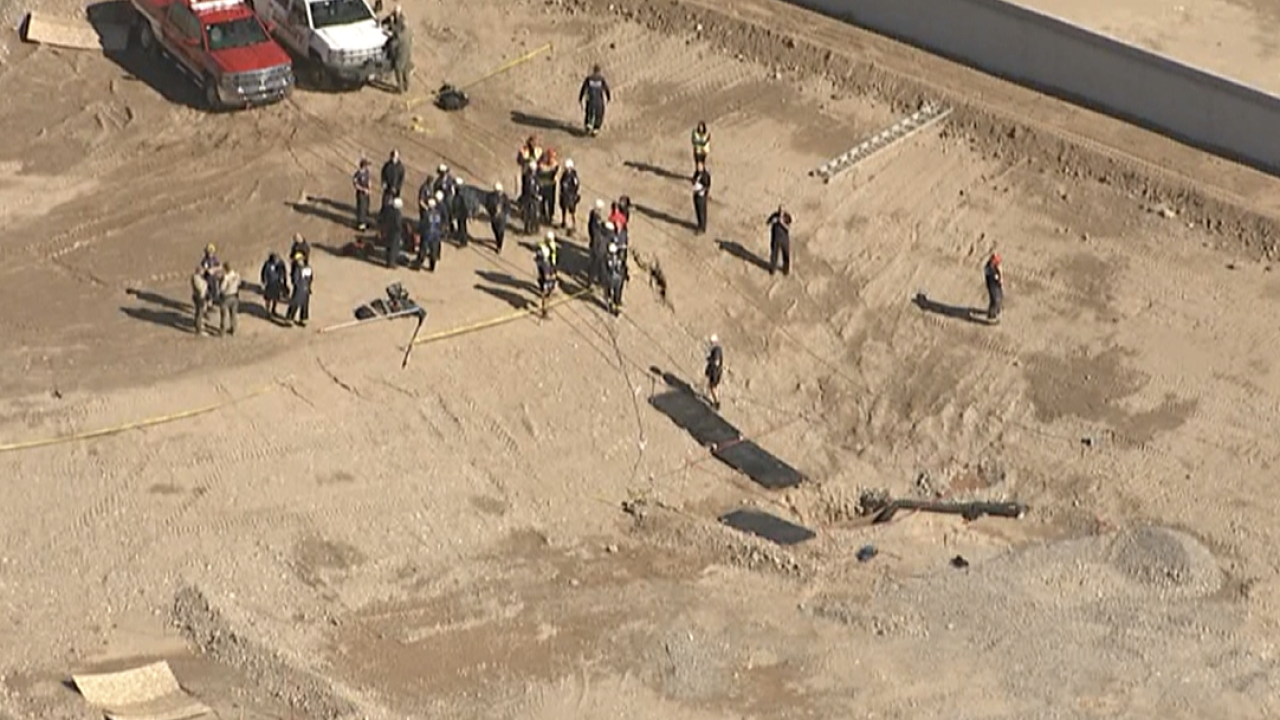 SAN TAN VALLEY, AZ — A worker fell about 50 feet into a dry well at a construction site in San Tan Valley, officials say.

Crews from multiple nearby agencies were called to the area of Combs and Schnepf roads around 10:20 a.m. Tuesday, Rural Metro Fire officials say.

A worker at a new housing development site in the area reportedly fell into a hole that had been covered by plywood.

After about five hours, rescue crews were able to get the man out of the trench. He was taken to the hospital for evaluation, but was not seriously injured.

"He was given a helmet and a radio and was communicating with the rescue team leader," said Chris Divver, Battalion Chief for Rural Metro Fire. "He assured us that he was fine and we just set up to make sure everybody was safe before we lowered anybody into the hole. Luck was on his side today.”

The construction site is owned and operated by Meritage Homes. The worker, however, was an independent contractor.