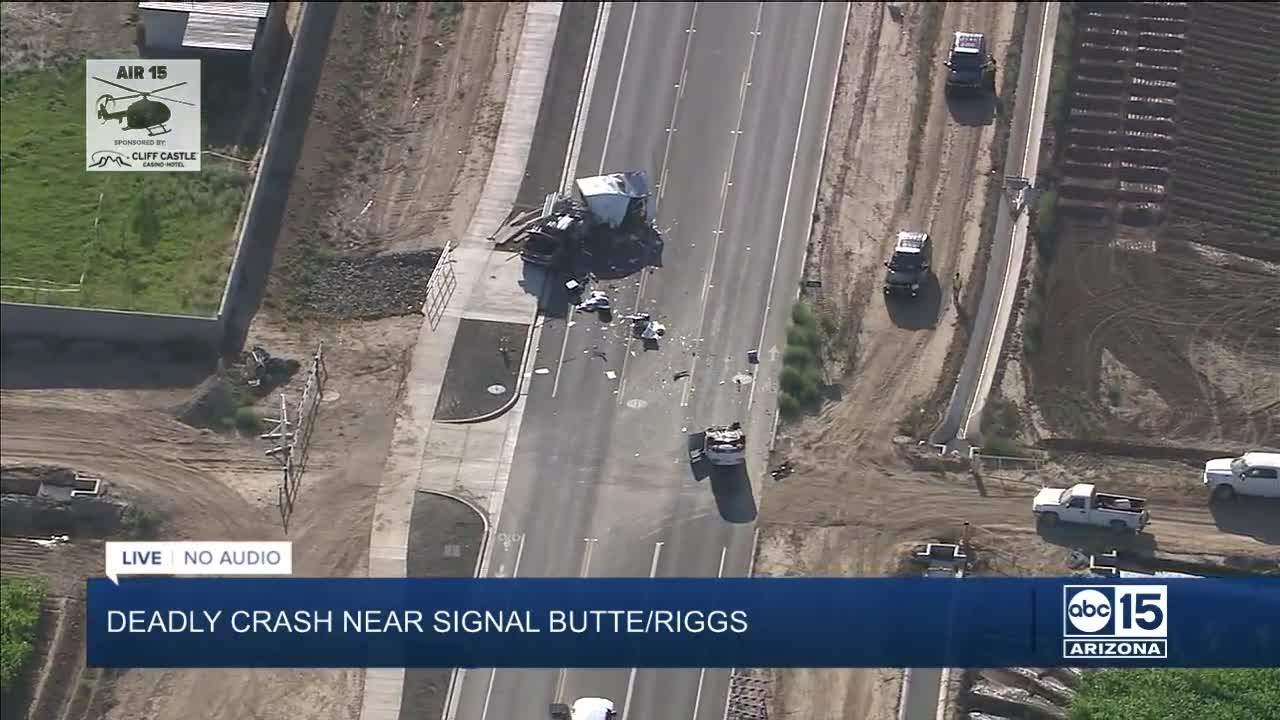 A deadly crash has shut down the area of Signal Butte and Riggs roads.

QUEEN CREEK, AZ — A deadly crash is under investigation near Queen Creek.

Maricopa County Sheriff’s Office responded around 4:30 a.m. to the area near Signal Butte and Riggs roads.

Video from the scene showed a pickup truck and trailer with heavy damage, and a passenger car rolled onto its roof.

A pickup truck and trailer reportedly pulled over in the right lane, partially blocking the roadway, and the driver got out of the vehicle to tend to the trailer.

Another vehicle headed in the same direction didn’t see the man, and struck the man, as well as the truck and trailer. The vehicle rolled, causing unknown injuries to the driver.

The pedestrian was reported dead at the scene.

Neither speed nor alcohol are considered factors in the crash.