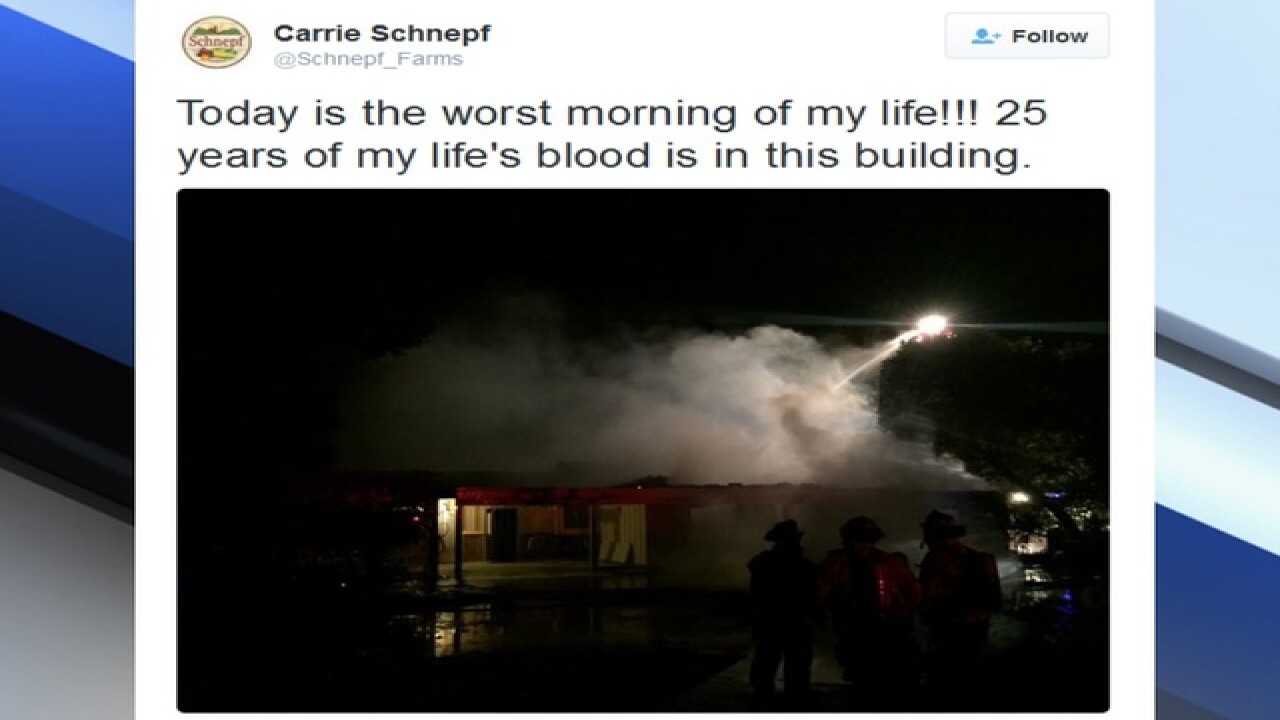 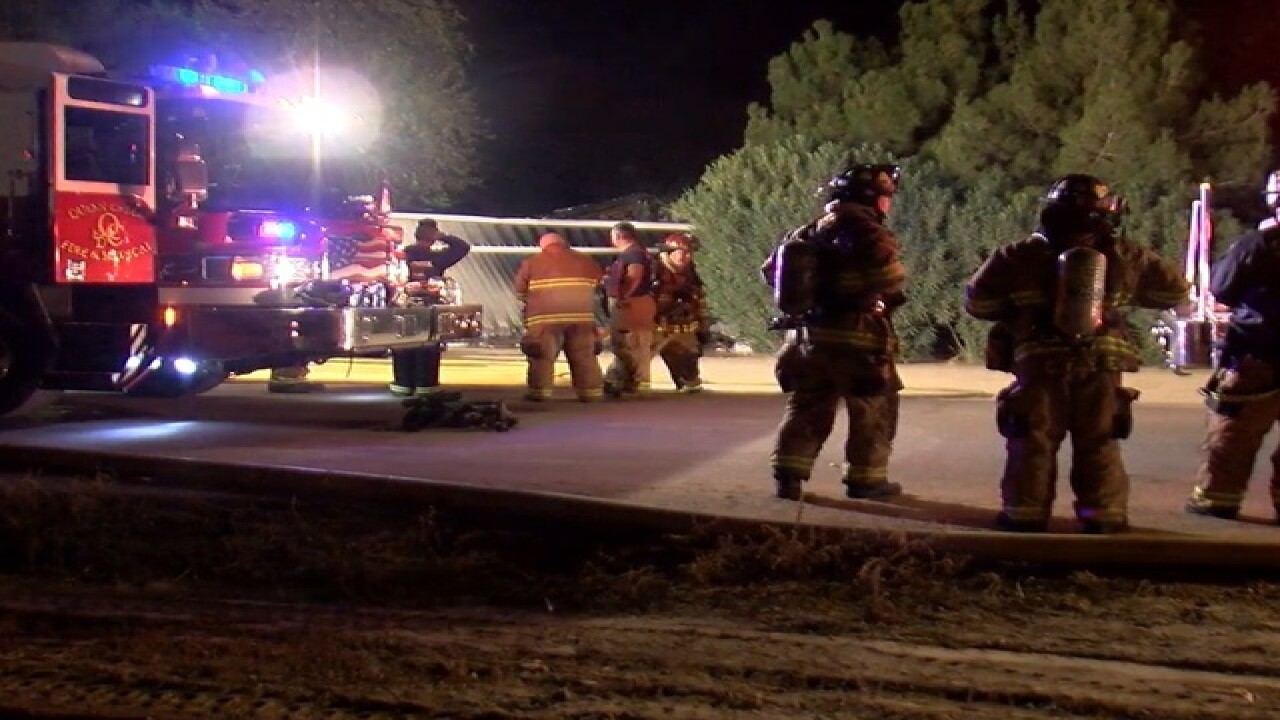 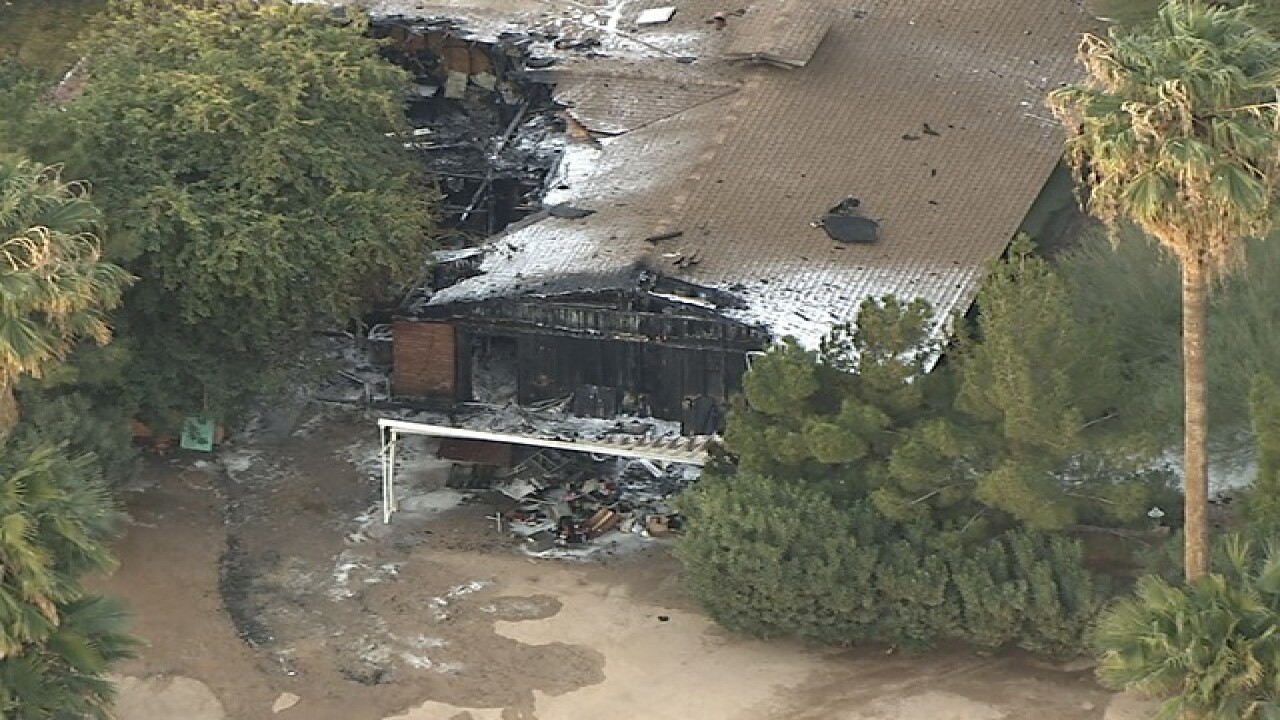 A farm house that is used for weddings and special events caught fire Friday morning at Schnepf Farms.

Owner Carrie Schnepf tweeted out around 4:30 a.m., "Today is the worst morning of my life!!! 25 years of my life's blood is in this building."

She also tweeted out a photo of the building which was surrounded in smoke and showed firefighters standing in front of it.

Today is the worst morning of my life!!! 25 years of my life's blood is in this building. pic.twitter.com/mW8aPpK54c

"My heart just sank," said Mark Schnepf, when he first arrived and saw flames coming from the 1950s building.

The farm house is primarily used for weddings and special events. Mark said the farm does have upcoming weddings scheduled. He is focused on getting the venue cleaned up and will be in contact with those clients.

"Well 25 years of records, photos, computers, budgets, supplies...basically everything that had to do with entertainment on the farm is gone. Nothing is salvageable," Schnepf Farms said in a Facebook post.

"What can you do? Regroup, rebuild and move on. For me, I am going to take a day to process."

Good morning! I woke up to a phone call that my office was on fire. This is what I saw. The farmhouse and my office...

Queen Creek Fire Department spokesperson Vance Gray said firefighters were dispatched to the farm near Rittenhouse and Cloud roads around 3:45 a.m. Once crews arrived on scene, they found smoke and flames coming from the roof of the farm house.

They used a defensive strategy--spraying water from the outside into the interior--and were able to halt the fire's progress, he said. He said the cause of the fire remains under investigation.

Thousands of people visit the farm each year for its various festivals, including the Harvest Festival, U-Pick vegetables and fruits, rides, shows and petting zoo.

"We're OK and we appreciate [the public's concerns]," said Mark.