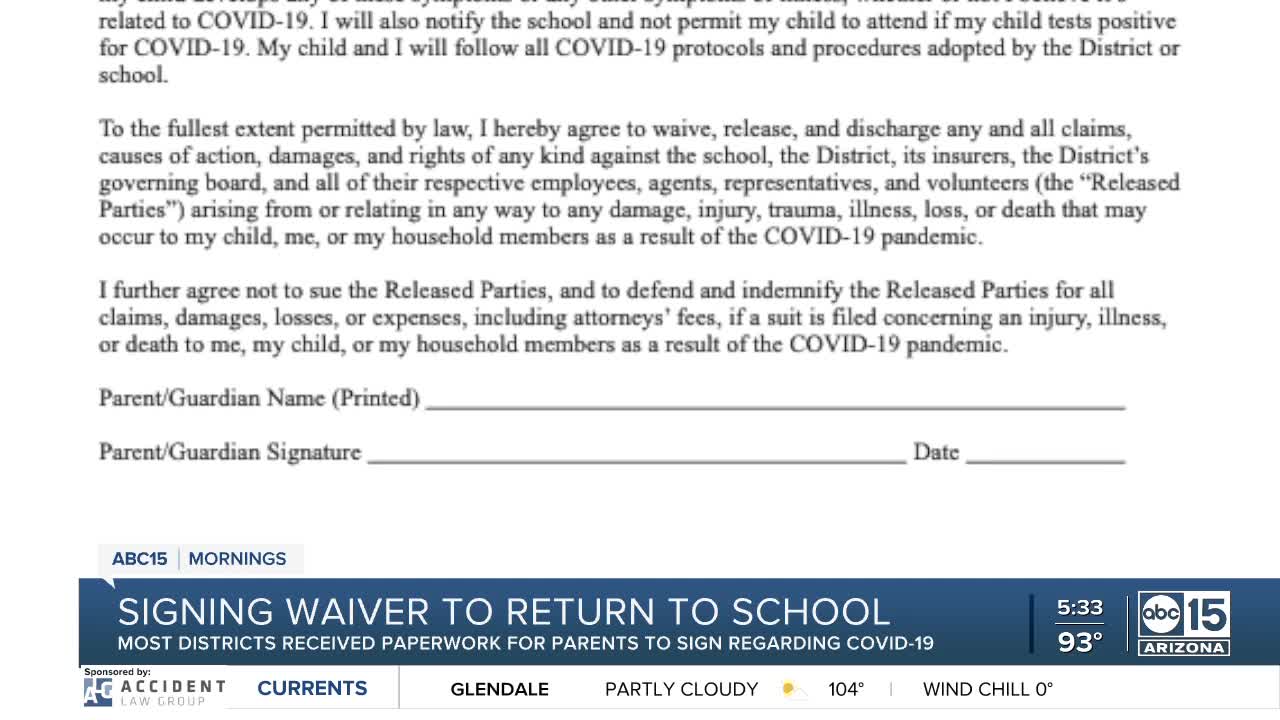 Thousands of Arizona parents are being asked to sign liability waivers before sending their children back to school. 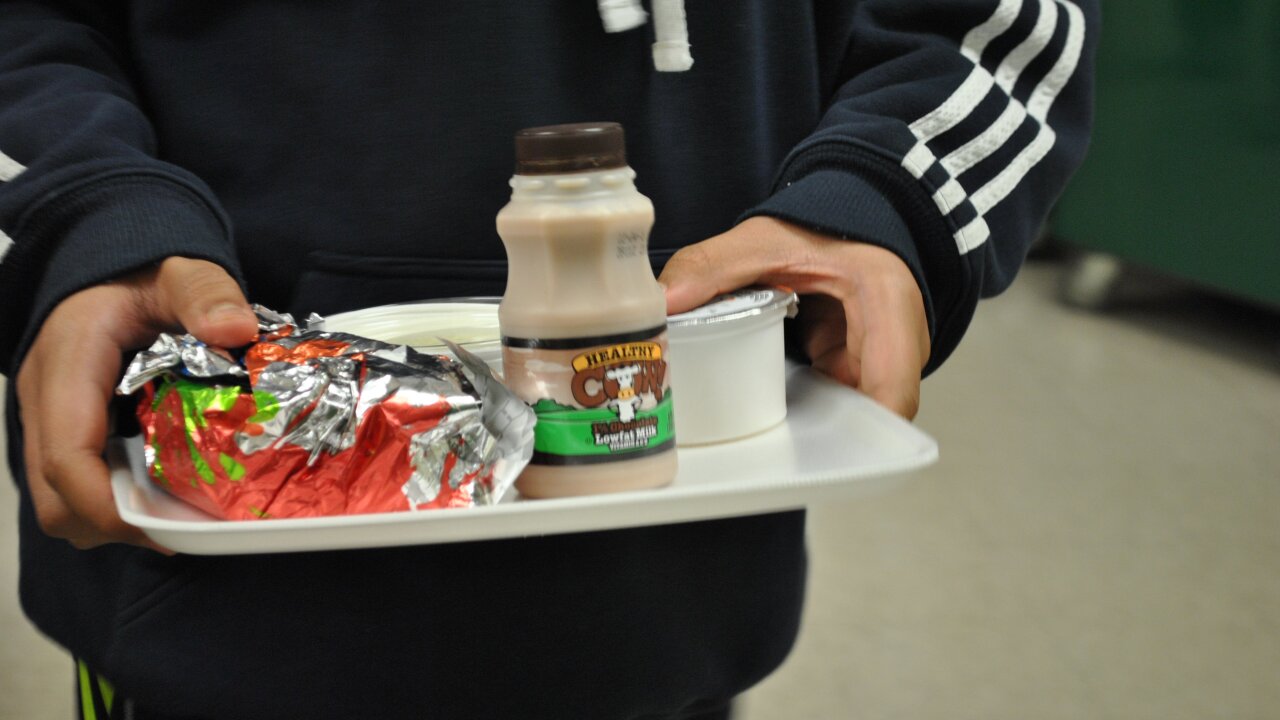 Thousands of Arizona parents are being asked to sign liability waivers before sending their children back to school.

ABC15 learned that 249 of the 256 traditional school districts in Arizona were provided a standard waiver by Arizona School Risk Retention Trust [The Trust], the statewide insurance carrier for schools, so that they could be shielded from potential lawsuits connected to coronavirus outbreaks in schools.

The waivers though, do not even need to be signed by parents for their kids to be allowed to return to in-person classes.

Furthermore, The Trust told ABC15 Tuesday evening that they have developed a "coverage option" that would make the "optional waiver" obsolete. The board plans to vote on it at their meeting August 4.

None of the parents in the Queen Creek Unified School District knew that though when the waiver popped up in their parent portal Monday.

"I think a lot of parents are just clicking through and approving it, without actually reading what it is," said Mark Linder, a former district board member. "And when you read it, it releases the district of any and all liability if your child gets sick in school."

Linder is one of many parents who told ABC15 they were not comfortable signing the document.

"When I logged into ParentVUE and saw the waiver, my first gut reaction was I was enraged," said a Queen Creek High School teacher and parent, who did not sign the waiver and asked to remain anonymous for fear of repercussions. "It wasn’t communicated. It was just, 'Hey here’s two waivers you need to sign.'"

Regardless of the waivers or not, Queen Creek has made it clear they plan to welcome back students to the classroom as soon as possible.

It is a decision some parents are applauding after months of children at home and away from vital, in-person education, while others are calling the move hasty and irresponsible.

"We all want to get back as soon as we possibly can - every teacher wants to. But if we rush it, like we rushed our return in May, we end up out of school for longer because we reinvigorated this whole crisis again," said Jake Frantz, President of the Queen Creek Education Association and a high school chemistry teacher in the district.

"I wouldn’t be so upset if my district was doing social distancing in the classrooms, or if they were doing temperature checks as a requirement to get on campus, or if they were going to reduce the class sizes," said the anonymous high school teacher. "But the only thing that they are requiring is masks."

Some parents have possibly forfeited their right to sue, although lawyers say any lawsuit will be incredibly difficult because the plaintiff will have to be able to definitively prove COVID-19 was contracted at the school and due to negligence.

Some other districts, like Madison School District in Phoenix, said they "would be requiring parents to sign a waiver." While larger districts like Peoria and Scottsdale Unified said they were not opting to use the cookie-cutter waiver.

But a spokesperson for the Trust said "it wasn't a recommendation...[rather] a tool to use at their discretion." By August 4 though, that "tool" may be irrelevant.