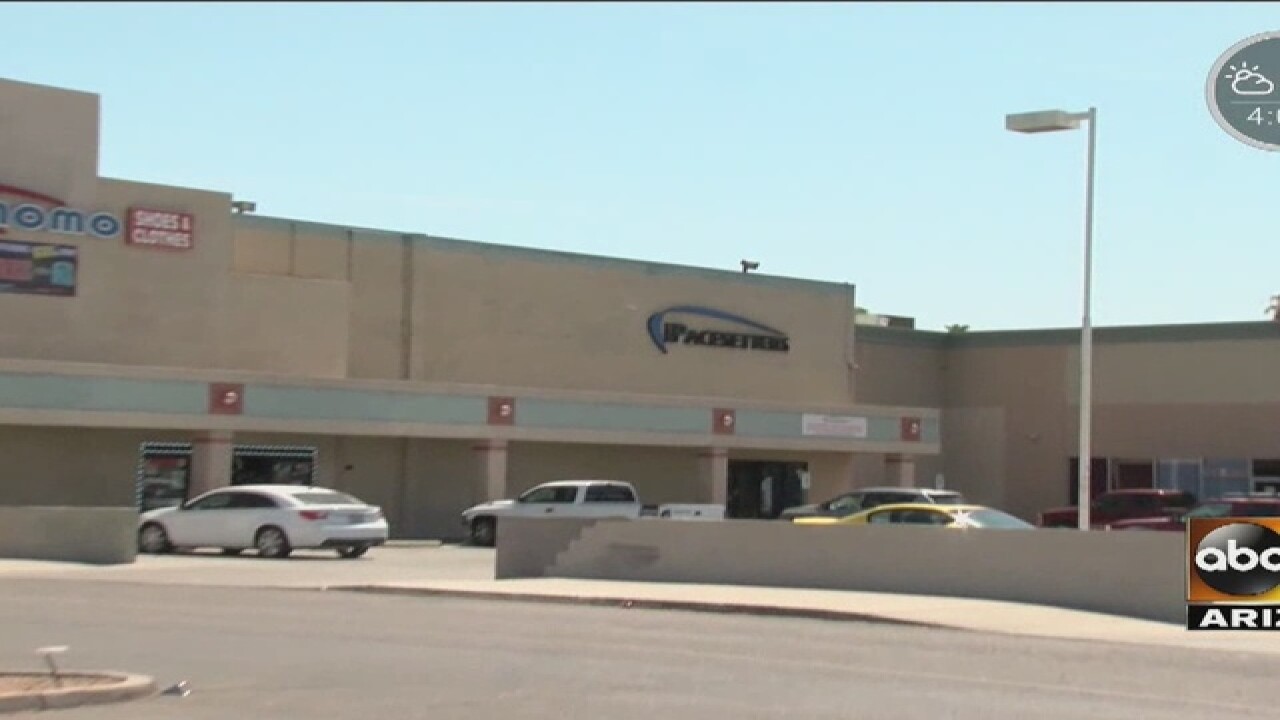 After a month of working in an environment with no air conditioning, a Valley woman said she was forced to quit her job due to health conditions.

Cindy Desilets said about a month ago she started working at iPacesetters, a call center that employed about 200 people, and promised unlimited overtime to workers.

Managers kept telling them they were working on fixing a broken air conditioner, but Desilets said that never happened. Last week, things got so bad she ended up in urgent care.

"I was weak, I was nauseous, had a hard time breathing. On Thursday it was just plain hot in there, I couldn't take it anymore," said Desilets.

The doctor gave her a note excusing her from work, saying due to her health conditions she could not work in extreme heat conditions. Desilets said she called the call center every day to check on the situation, as she was eager to get back.

On Thursday, there was some hope as air conditioning crews were working on the roof, but after functioning for a while, the air conditioner quit working again.

Desilets said she finally had enough, and filed a complaint with the state's workplace safety office, the Arizona Division of Occupational Safety and Health (ADOSH).

She also walked into work and quit her job. Desilets said she was told by an employee that the building they were leasing was for sale, and the seller did not want to fix the air conditioner while the buyer did not want to purchase a building with a broken system.

Desilets said hard-working employees were caught up in the middle of this wrangling.

"It's the employees who suffer. They're the ones who have to work in the heat and in these conditions. The people buying and selling, they don't care," she added.

She called the conditions in the office space "inhumane".

ABC15 on Friday showed up at the facility to talk to managers. A woman came out of the office, asked us to leave and refused to talk to us. Several employees approached us, saying it was unbearably hot in the call center.

One man who did not want to be identified said, "It's just so hot and unbearable in there we have to be there to make up hours. We have families to take care of."

Another man said five to six people had gotten sick due to the extreme heat.

"She was driving home and was about to throw up in the car from heat exhaustion."

Another employee, Aaron Denham said the company had placed two big fans in the call center but it was not helping much.

He added that it was making it hard to work and make sales on the phone as working conditions were so uncomfortable.

A manager finally agreed to talk to ABC15 Friday afternoon.

Paul Trulli, the director of operations for the call center, said the air conditioning had been out for more than a month. They were simply leasing the building, and were arguing with their landlord to repair the old system. Trulli said the company had spent about $5,000 trying to fix the system, but it was a band-aid fix.  The company had installed industrial fans, reduced the dress code to allow employees to dress in shorts and T-shirts, and they were giving out water and ice cream.

ABC15 tried to reach out to a property company listed on posters around the facility, but have not heard back from them yet.

Desilets said it makes her angry that company officials are not valuing human life.

"They are pregnant women in there. People trying to make a living. Get that thing fixed. You're causing people to get sick. Get it fixed," said Desilets.