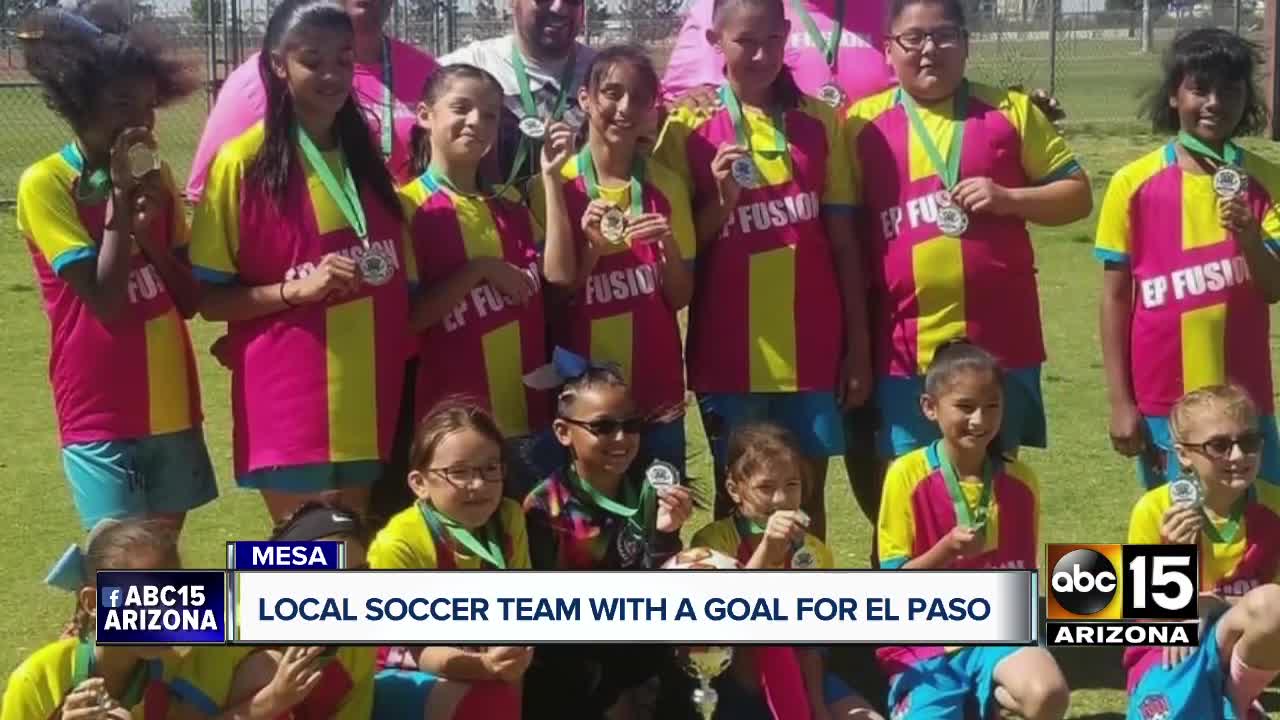 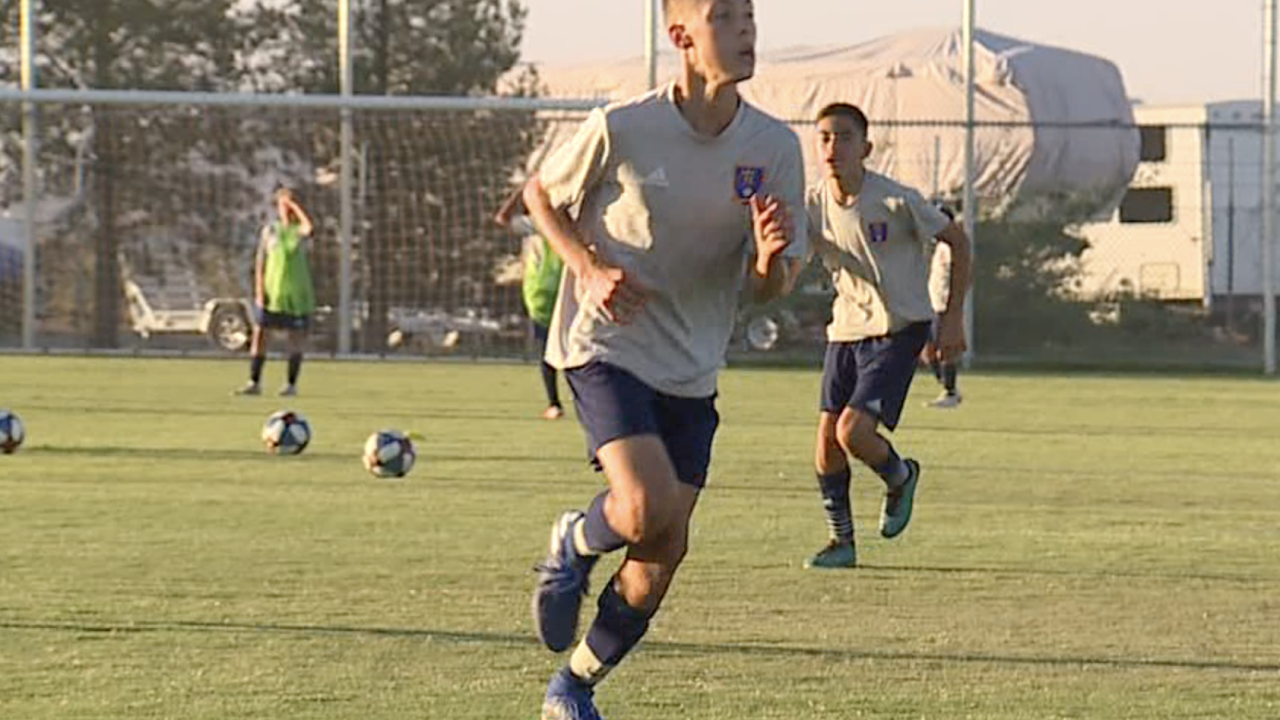 MESA, AZ — A Valley soccer team is showing its support in the aftermath of a mass shooting in El Paso, Texas.

"These boys train hard," says Coach Rafael Sifuentes. He's been coaching soccer since his kids were little, now his oldest coaches soccer too.

For Coach Sifuentes and his players, soccer is life. "I know my teammates are here for me to pick me up," said 8th grader, Izahi "Izzy" Amparo.

This highly competitive team is putting aside the competition this weekend and giving back in a big way.

"We are taking these kids to El Paso to help the kids in El Paso, and at least for the moment, forget what's gone on and have fun on the soccer field," said Sifuentes.

Sifuentes is a native of El Paso and says soccer is big in El Paso. On August 3, when a shooter killed dozens at a Walmart in El Paso, Coach Sifuentes said he knew right away this was going to be a tough moment for his home town.

In the shooting, two coaches were hit by bullets: Luis Caldillo and Memo Garcia. Sifuentes said he doesn't know the coaches personally, but as a coach, he knows very well their passion for the game and the kids.

"You know when I first started coaching, I did all that, at Walmarts, at Sam's Clubs, and you know, we always did it for the love of the game and the love of the kids and in El Paso, soccer is big," he said.

The RSL Development Academy Team is calling their fundraising efforts "Finish the Fundraiser."

They are hoping to raise $10,000. Already, they've received 400 Adidas Jerseys that say "El Paso Strong" and have received a donation of 40 goals. They will host a number of weekend soccer games in El Paso.

"At least for the moment forget what's gone on and have fun on the soccer field," says Sifuentes.

For Izzy, he says he tries to live by the Golden Rule. "In school, they tell us, 'treat others the way you want to be treated.' The Golden Rule as they call it. It's a good thing, helping each other out."

If you would like to help donate to this cause, you can do so here.