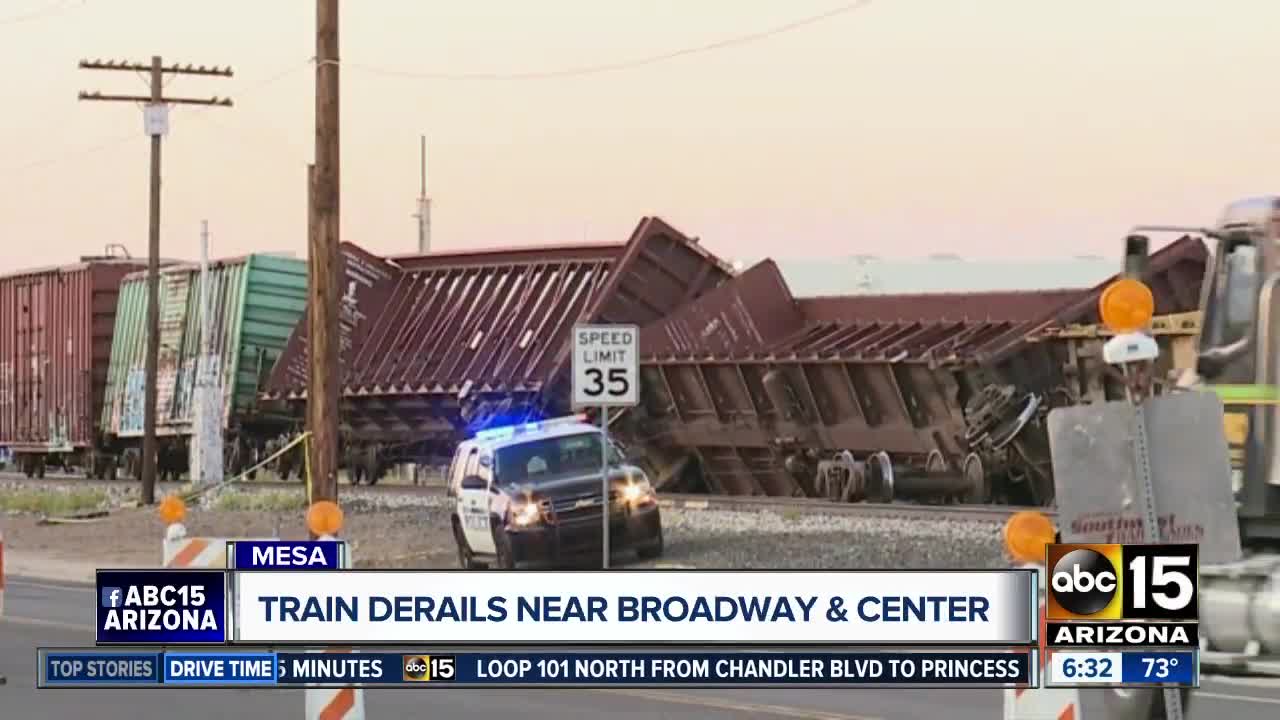 Traffic is blocked in Mesa due to a train derailment. 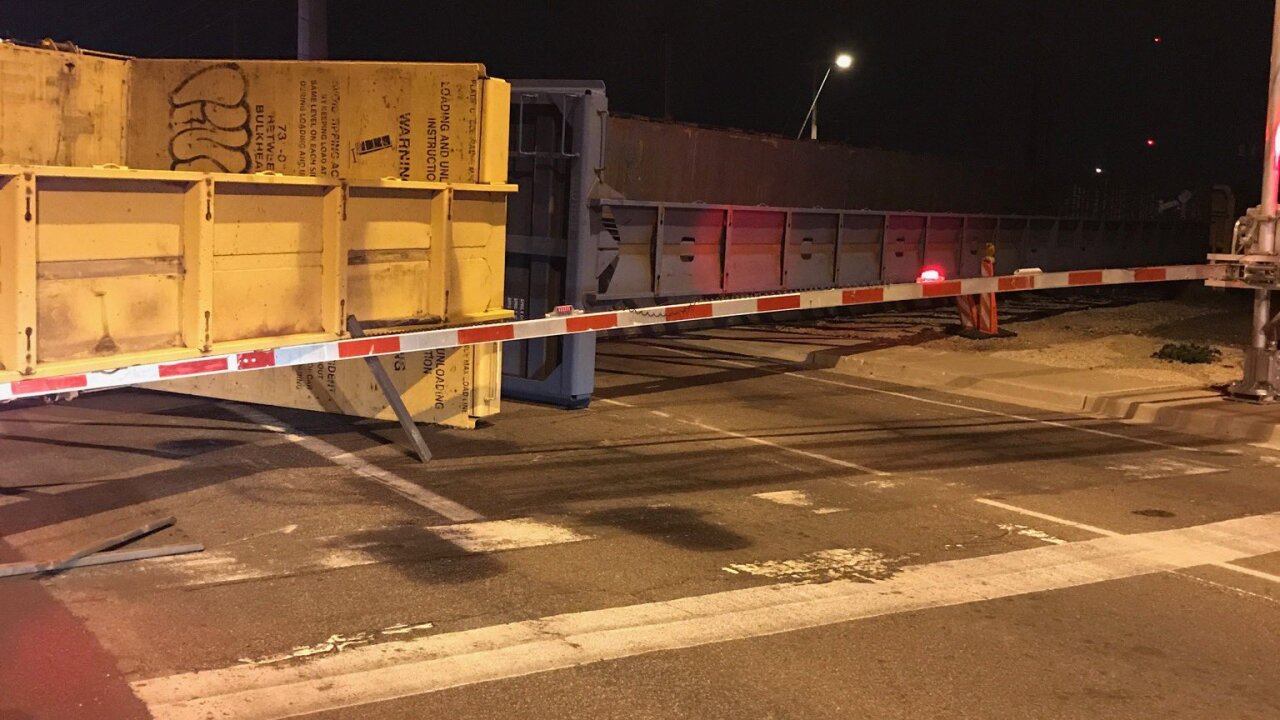 Most of the cars that derailed were empty lumber cars and no injuries were reported.

The cause of the derailment is under investigation.

A Mesa Public Schools bus depot is located near the derailment. Officials say the district is planning alternate routes for buses and is hopeful that no significant delays will be experienced.

Traffic incident at Broadway and Center in Mesa. Railroad car turned over where the track turns and is causing Broadway to be blocked. All East and West just West of Center will be blocked for most of the night. No injuries reported. pic.twitter.com/zX2PuP5IRV