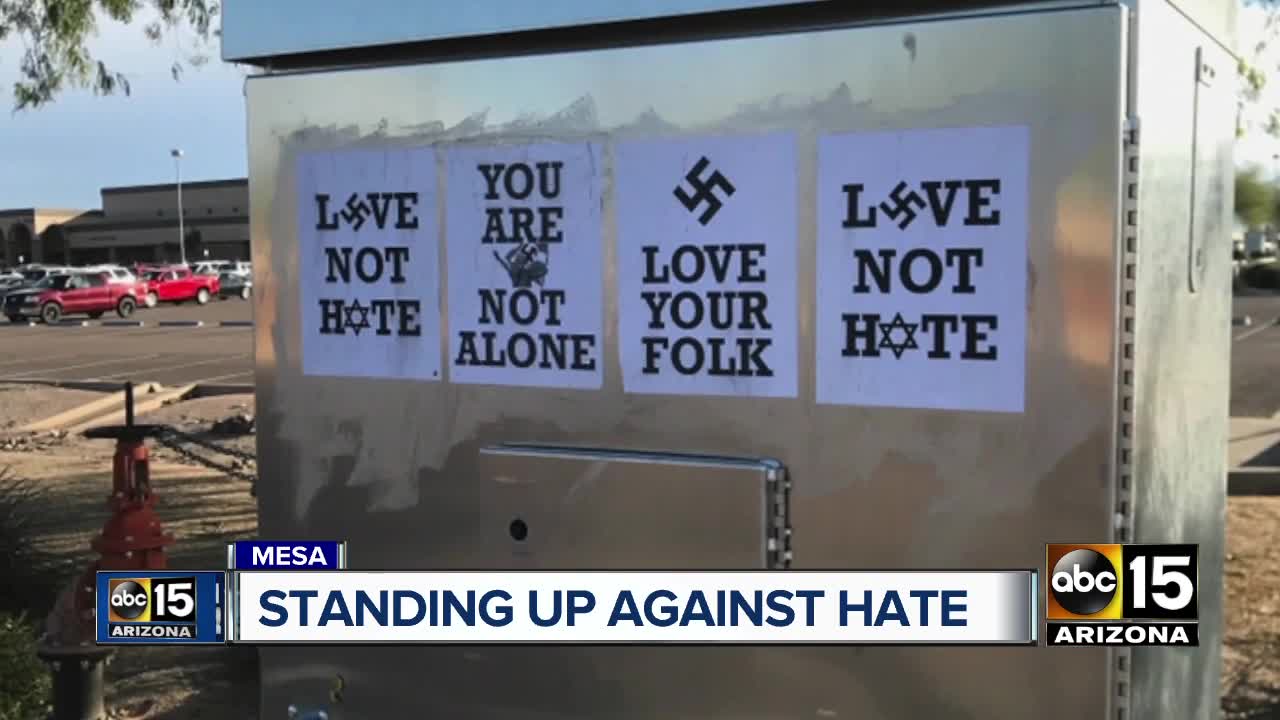 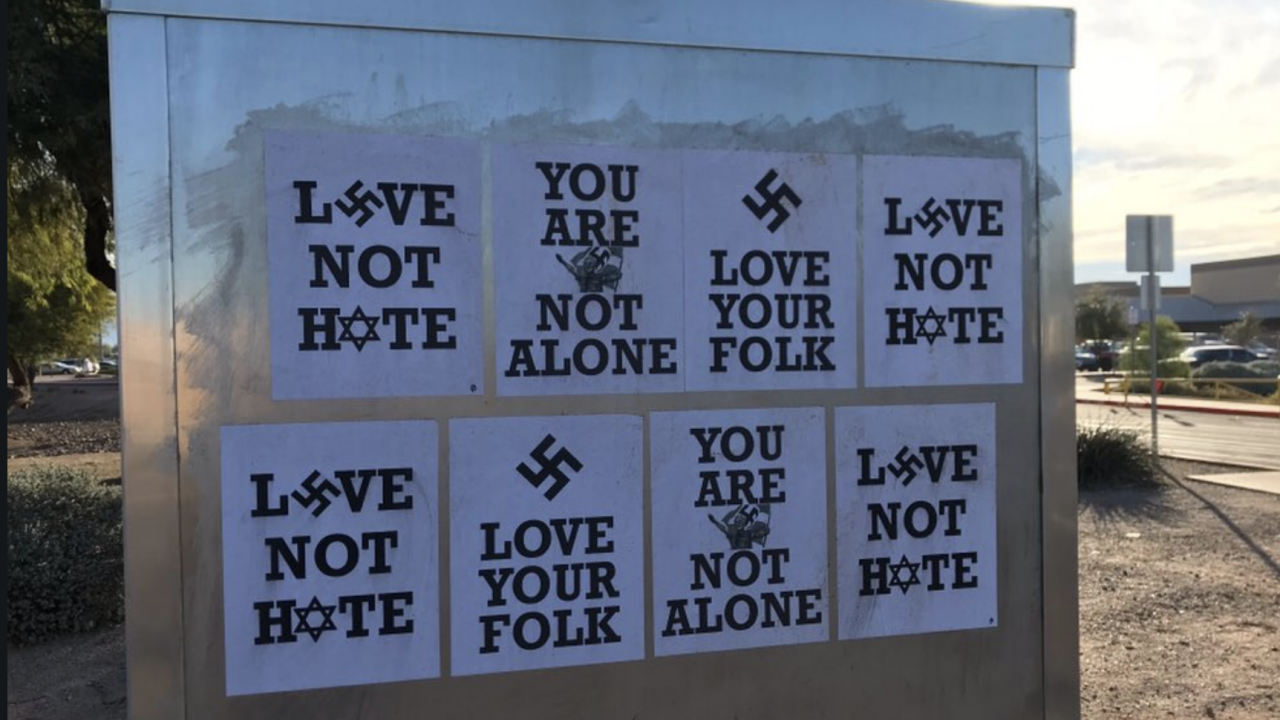 MESA, AZ — Authorities are investigating after more than a dozen swastika fliers were found posted near Skyline High School in Mesa

“It’s clearly about white supremacy. It’s a message of reassurance to those who do not support diversity,” said Carlos Galindo-Elvira, Executive Director with the Arizona Anti-Defamation League.

The message was clear to students too. “I think it’s kind of a racist thing. Of course, it’s meant to intimidate,” said sophomore, Michael.

All the fliers had hate symbols on them and were placed within feet of campus. The district was clear that the incident was not on high school property, and declined to issue a statement or do an on-camera interview.

The situation is still concerning to adults like Karen Bumpas who has a nephew at the school. “[Kids] see things and they learn from it and they pick up to it because they are so naïve about everything,” said Bumpas.

Just two months ago, a similar incident happened in north Phoenix. Swastikas popped-up on poles near a community center.

There have more than six similar incidents across Arizona in the last two months. Arizona’s Anti-Defamation League says location is important. “Whether it’s to recruit members into their extremist group or just send a message and let people know we are here,” said Galindo-Elvira.

The school said they are cooperating with the investigation. “I don’t think it should just be swept under the rug,” said Michael.

As remants of the posters get swept away, many people hope the message of hate goes with it.