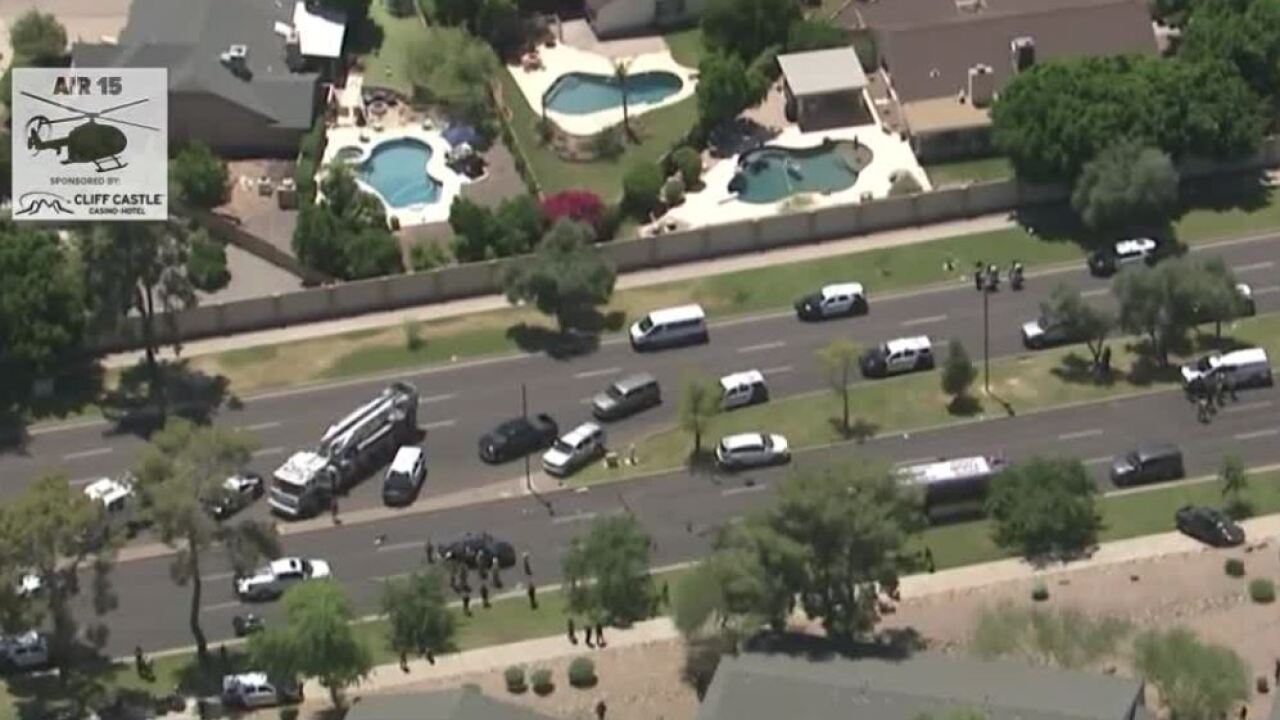 MESA, AZ — An alleged carjacking in Tempe reportedly led to a large crash scene in Mesa.

The carjacking reportedly happened in Tempe and the crash happened near Dobson and Guadalupe roads in Mesa around 12:30 p.m. Friday.

Air15 video of the scene shows several vehicles crashed in the area and forced onto sidewalks.

@TempePolice & @MesaPD investigating a carjacking which originated in Tempe. Media staging at apartment complex at 1960 W Keating in Mesa. PIO Bacon enroute. Access staging N/B on Dobson from Guadalupe to Keating and East in Keating.

Tempe police say the suspect involved, 44-year-old Rodrigo Aguilar, was taken into custody and taken to the hospital for treatment. He is expected to survive. Nobody else involved suffered serious injuries.

Exact information on what led to the final crash scene have not been released.