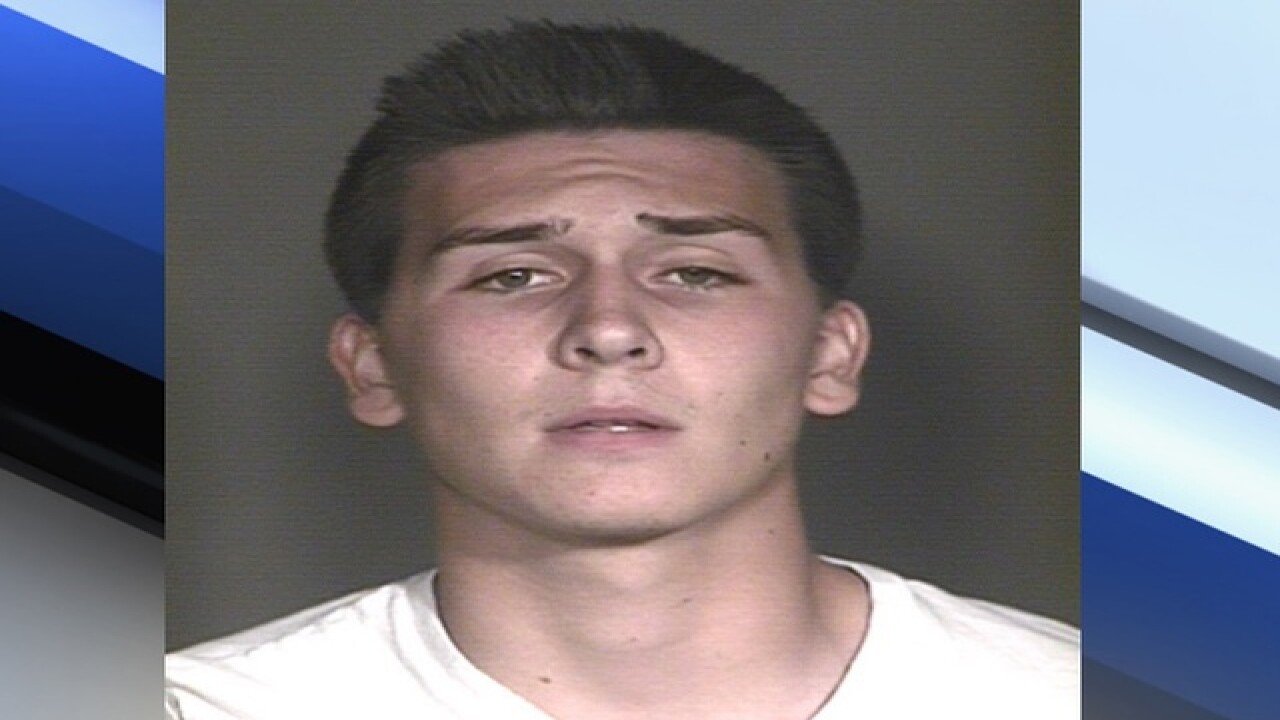 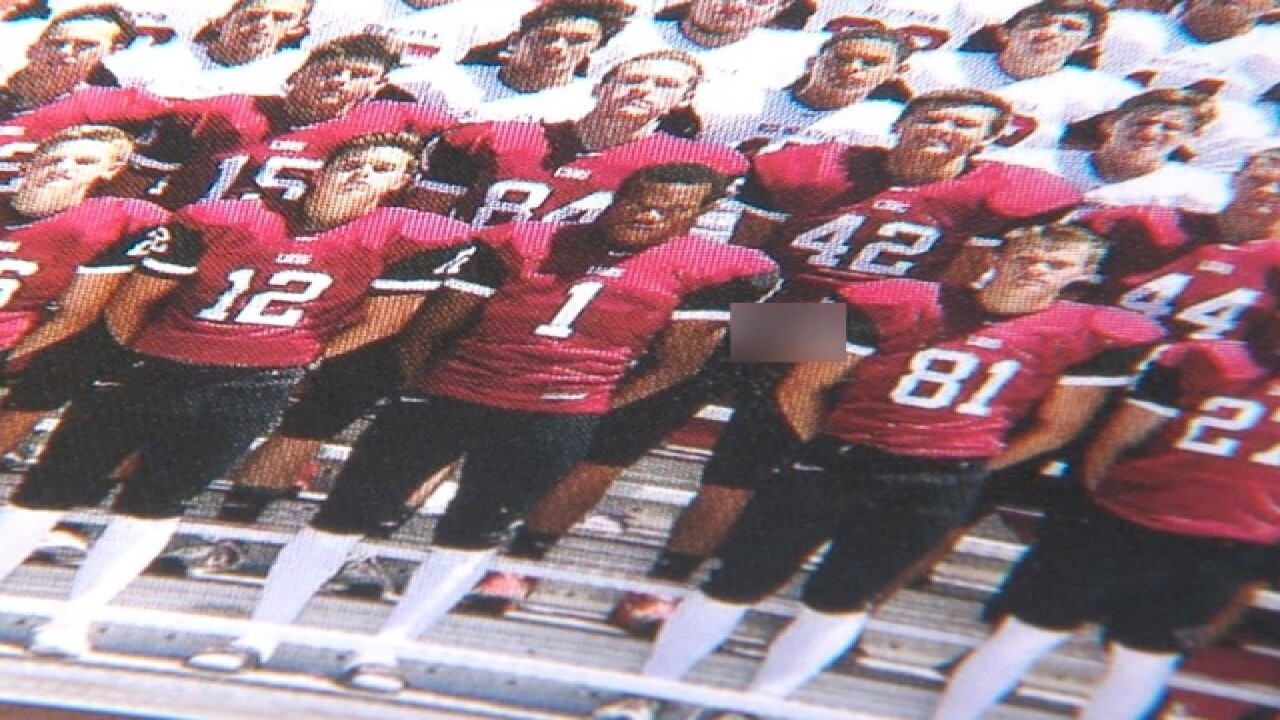 A damning dare that made its way into the school yearbook has landed one student-athlete behind bars and facing dozens of counts of indecent exposure.

Police say Hunter Osborn, 19, a football player at Red Mountain High School in Mesa, exposed himself during a team picture that went unnoticed by school officials until it was printed in the school yearbook and distributed to the school.

The picture was also printed in the football program and sold at games to students and families, according to court paperwork.

Only 250 students received the Red Mountain HS yearbook before the picture of student exposing himself was discovered.

Osborn told police that he was 18 when the photo was taken and that "he was dared by a football teammate," according to Steve Berry, spokesman for Mesa Police Department.

Osborn was booked into jail Saturday on 69 counts of indecent exposure, a class 1 misdemeanor, and one count of furnishing harmful items to minors, a class 4 felony. He was subsequently released and ordered to wear an electronic monitor.

He admitted to exposing himself in the photo and told detectives that he was "disgusted" for what he had done, according to court documents.

In a statement, the district said it was "dismayed" by the student's actions and that it had recalled the yearbook to make a "minor, but critical edit."

Read the school's full statement below:

"The district is dismayed by the actions of the students involved in the photograph. Their behavior does not reflect the values of Red Mountain High School or Mesa Public Schools.

Upon learning of the photograph, school administration immediately contacted police and is cooperating fully with the investigation. Disciplinary action will follow policy and may be based on the outcome of the police investigation.

The school and district are conducting an investigation to determine what actions might have prevented the publication of the photograph, so appropriate safeguards can be put in place going forward.

While the small size of the photograph as published makes the details difficult to discern, the yearbook has been recalled so the school can make a minor but critical edit for the inappropriate content."

No other details were released.