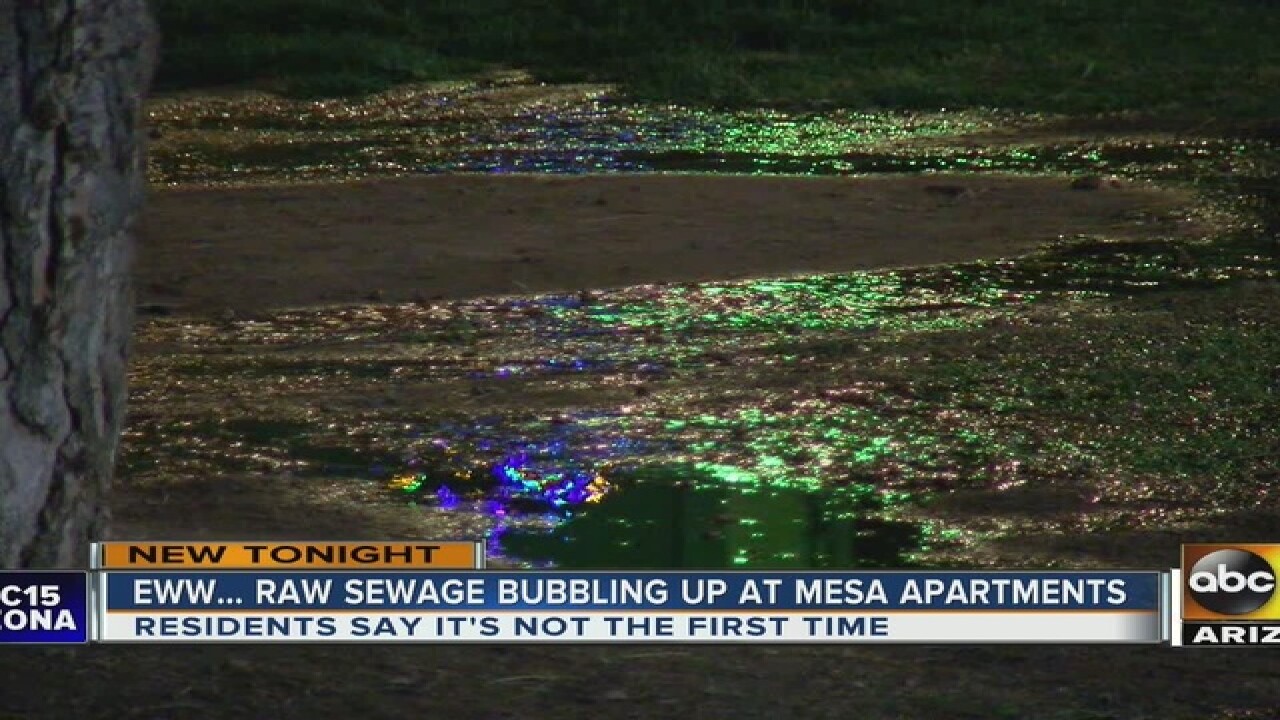 People who live at one apartment complex in Mesa said they had a problem that stunk — raw sewage bubbling up out of the ground and leaking into a playground area.

Nearly a dozen residents at the La Mesa Village Apartments near Mesa Drive and Broadway Road said that the sewage problem is pretty normal.

Le Mesa Village Apartments announced Thursday afternoon that the problem had been resolved.

However, the situation wasn’t pretty.

One resident sent ABC15 a video that appears to show feces and toilet paper floating in water beside a sidewalk.

The resident didn’t want to speak in person or be identified because he said the apartment manager often lashes out at people who complain.

Several other residents shared similar thoughts about the manager, who ABC15 was not able to reach for comment in time for the story.

However, an apartment worker attempting to clean the spill did confirm that the sewage leak is an ongoing problem.

The worker would not elaborate on how often this happens. He said they will close the playground area until the spill dries, but said they do not clean the area beyond letting everything dry out.