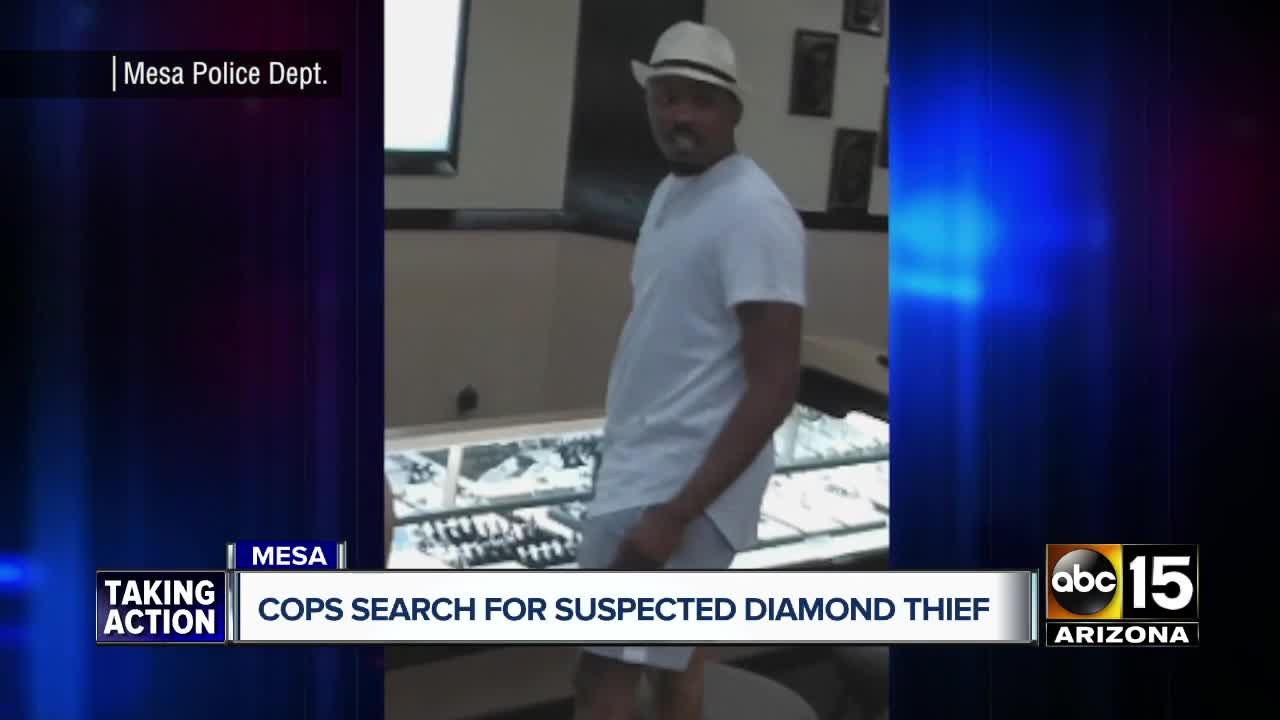 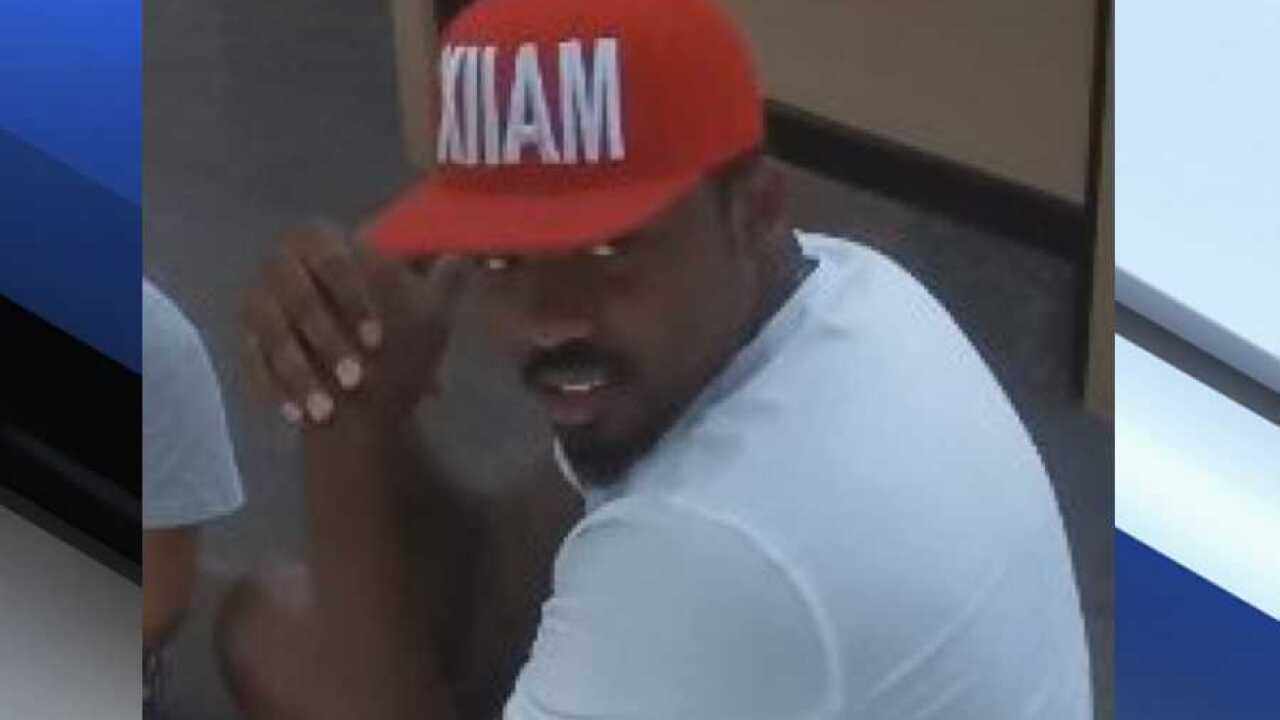 MESA, AZ — Authorities are looking for a suspect who ran off with two princess-cut diamonds from a jewelry store earlier this month.

When an employee brought them out, he grabbed them and ran out of the store, according to Mesa police.

The suspect is described as an African-American man between 25 and 30 years old. He is between 6 feet and 6'2" tall with a mustache and goatee that do not connect. He has tattoos on his right arm and left forearm and may be driving a black SUV with an Arizona State license plate.

Anyone with information is asked to contact the Mesa Police Department at 480-644-2211.