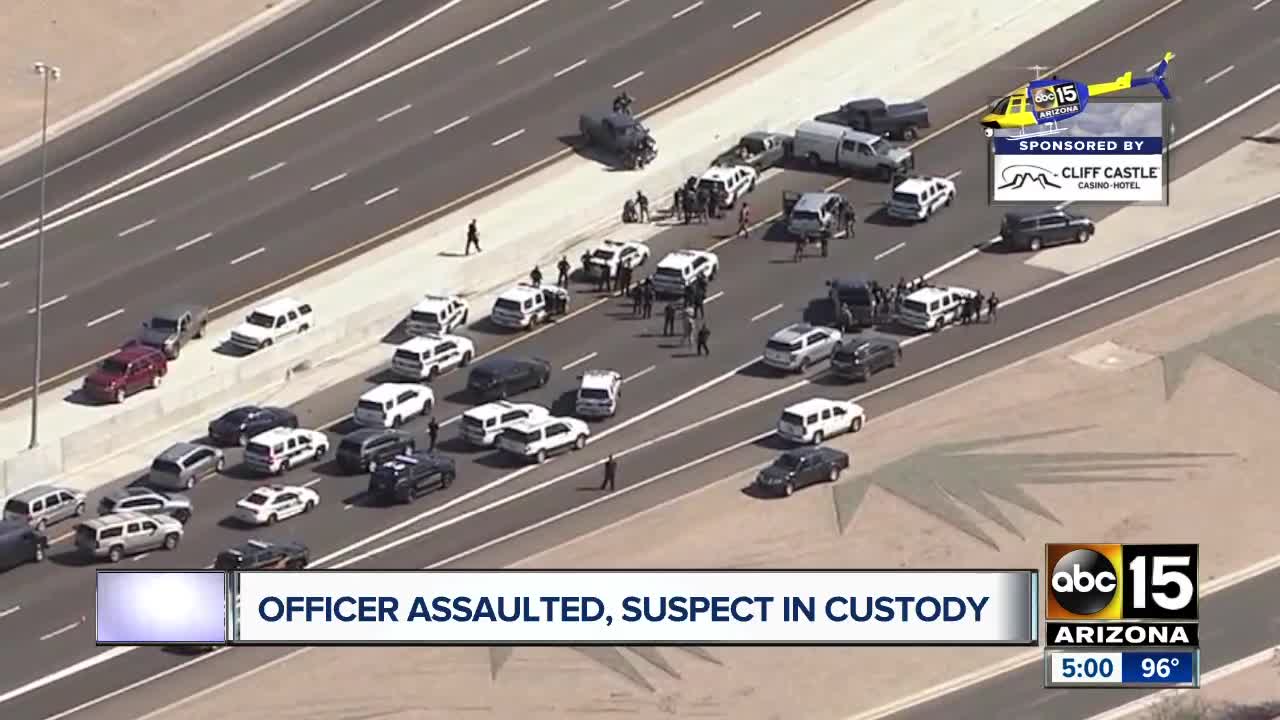 Freeway back open after suspect accused of assaulting officer taken into police custody. 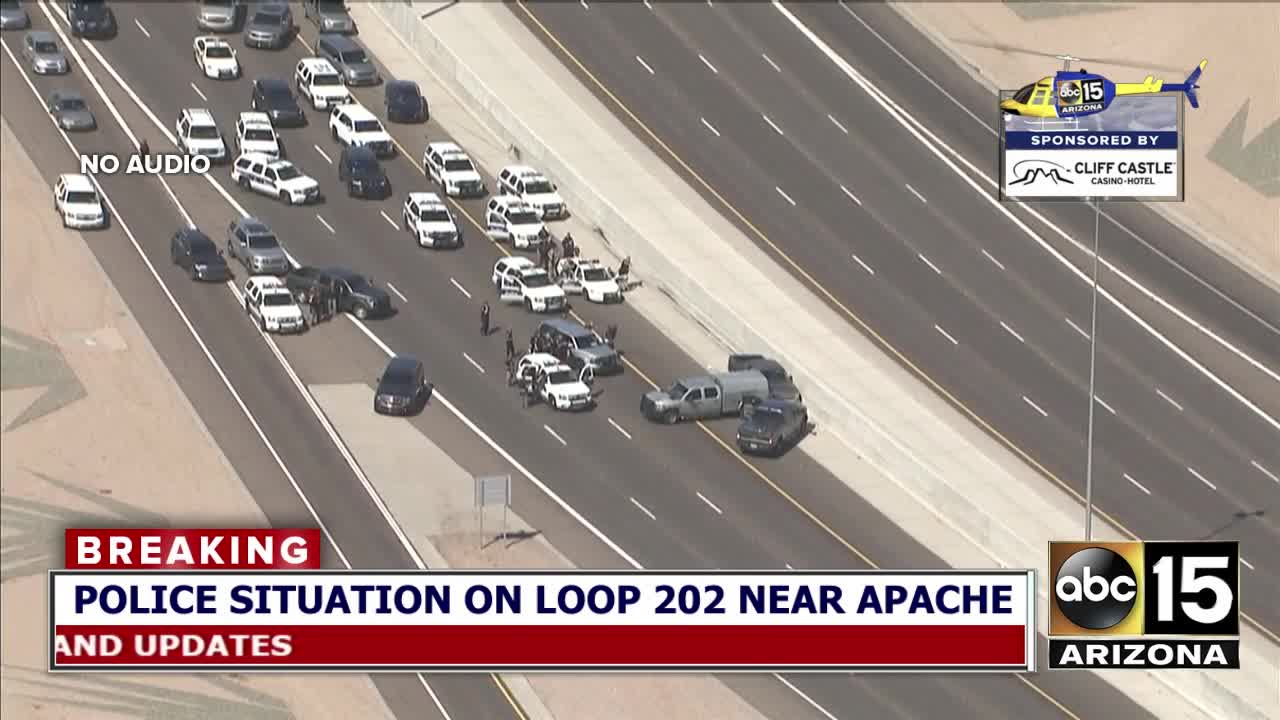 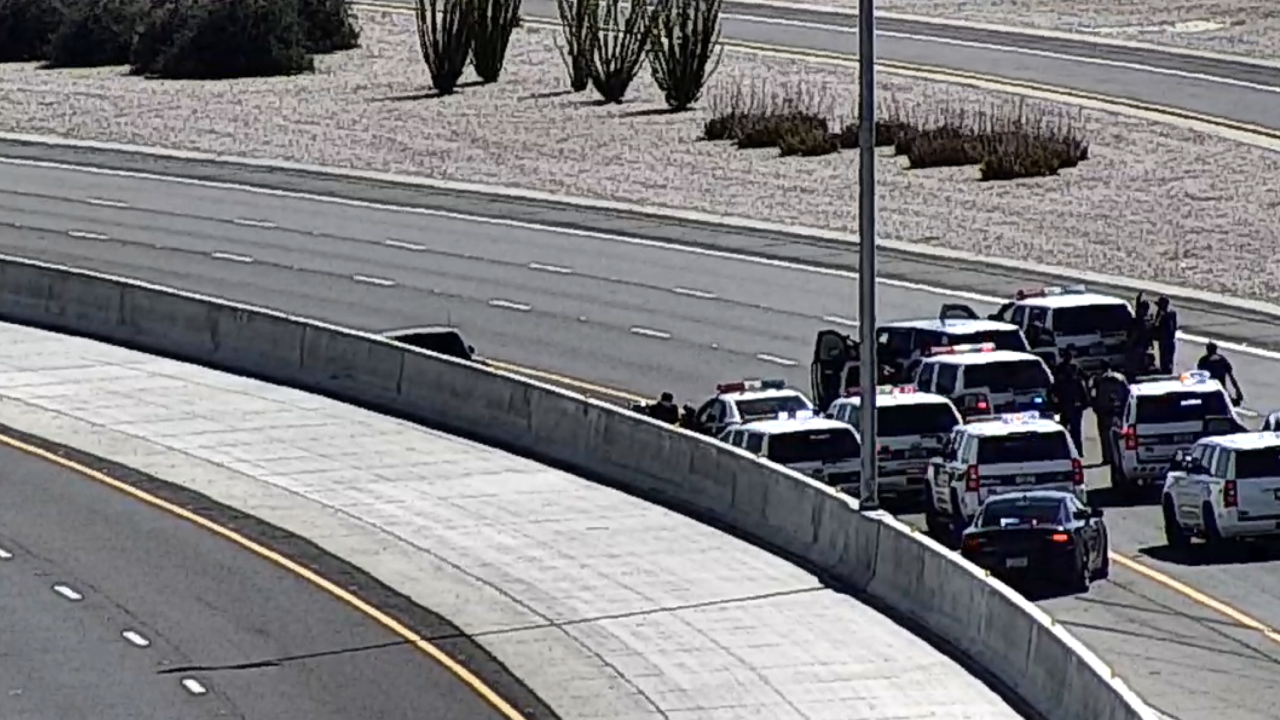 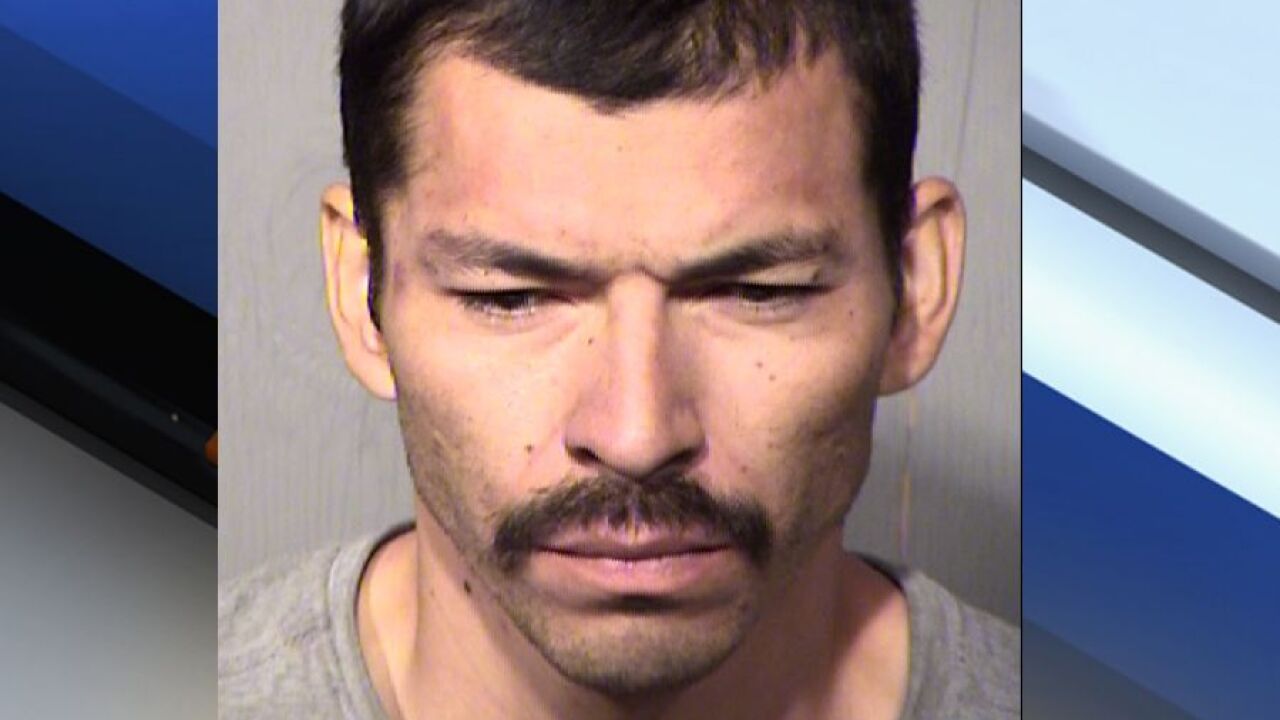 MESA, AZ — Officials have identified the man who assaulted an officer and led police on a pursuit along the Loop 202 Tuesday afternoon.

Just after 2 p.m. Tuesday, authorities responded to a theft at a convenience store near 24th and Roosevelt streets.

The suspect, 34-year-old Juan Luis Beltran, had allegedly taken a bottle of alcohol and was sitting in his car when police arrived, according to officials.

As the officer attempted to remove the keys from the vehicle, Beltran began to drive away with the officer caught in the door.

The officer was able to separate from the vehicle unharmed and police began to pursue Beltran as he fled the scene on the Loop 202, officials said.

Video from Arizona Department of Transportation cameras showed the vehicle came to a stop in the HOV lane near Broadway Road.

Officials then used "various less-lethal munitions" until the suspect exited his vehicle and was then taken into custody. Video from the Cliff Castle Chopper showed several officers fire Tasers at the suspect during the apprehension.

Beltran was booked into jail on several charges, including aggravated assault on police, aggravated DUI, theft, resisting arrest, and unlawful flight from police.

The area reopened to traffic before 4 p.m.