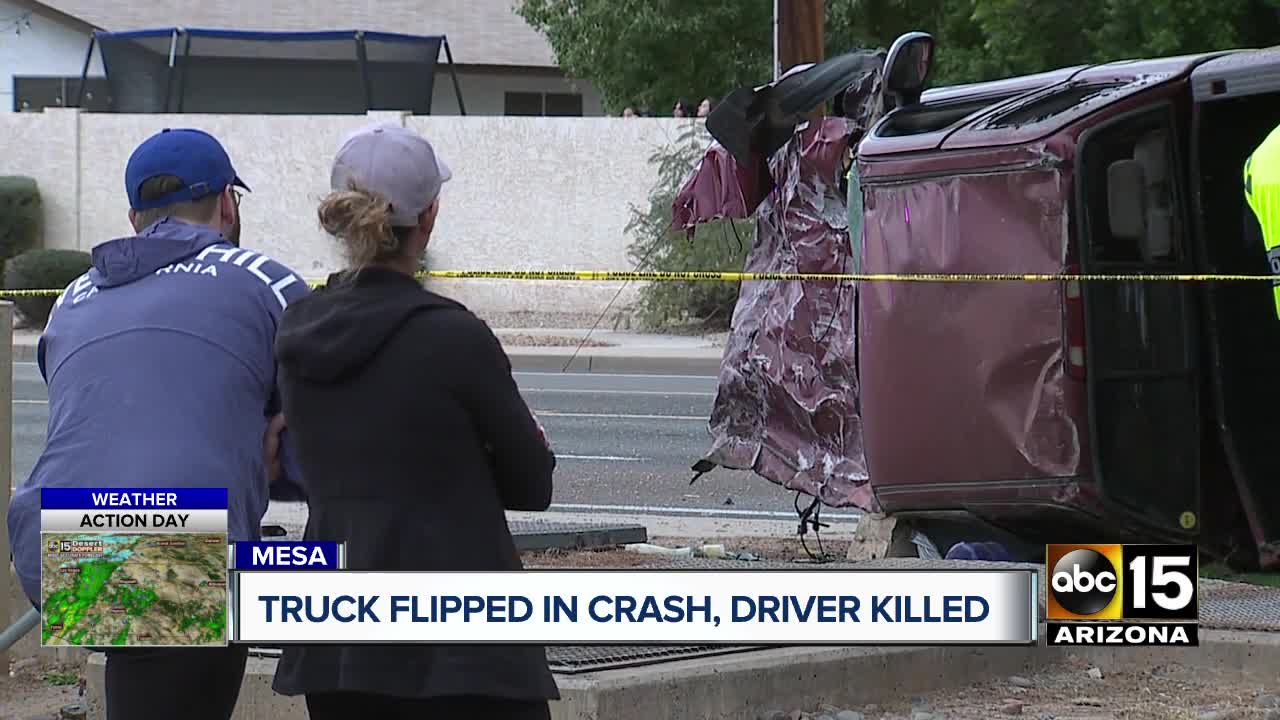 Truck flipped in crash, driver killed near Greenfield and University. 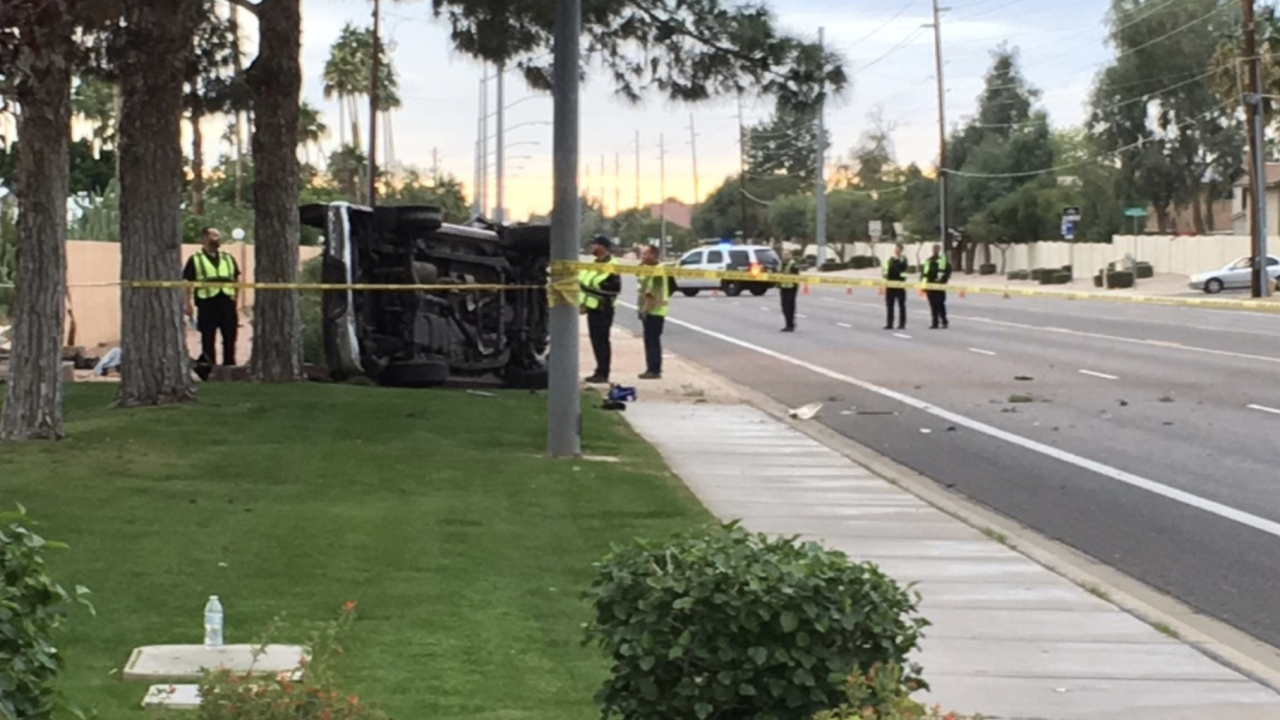 MESA, AZ — Police say a man has died after a rollover crash in Mesa Thursday afternoon.

Emergency crews were called to the scene near University Drive and Greenfield Road around 3 p.m.

Authorities say a truck was traveling eastbound on University at a high rate of speed when it clipped a passenger car. After the collison, the truck rolled and the driver was ejected and died, police say.

Officers are currently on scene for a serious vehicle accident at University and Greenfield. University is currently closed from Greenfield to 40th St. Please find alternate routes to avoid delays. pic.twitter.com/7zfDq48LiQ

University Drive from Greenfield Road to 40th Street was closed while police work to clear the scene.

The cause of the crash is under investigation. The victim is not being identified at this time.

Stay with ABC15 News and abc15.com for updates