Rios-Covarrubias sentenced to 35 years in prison 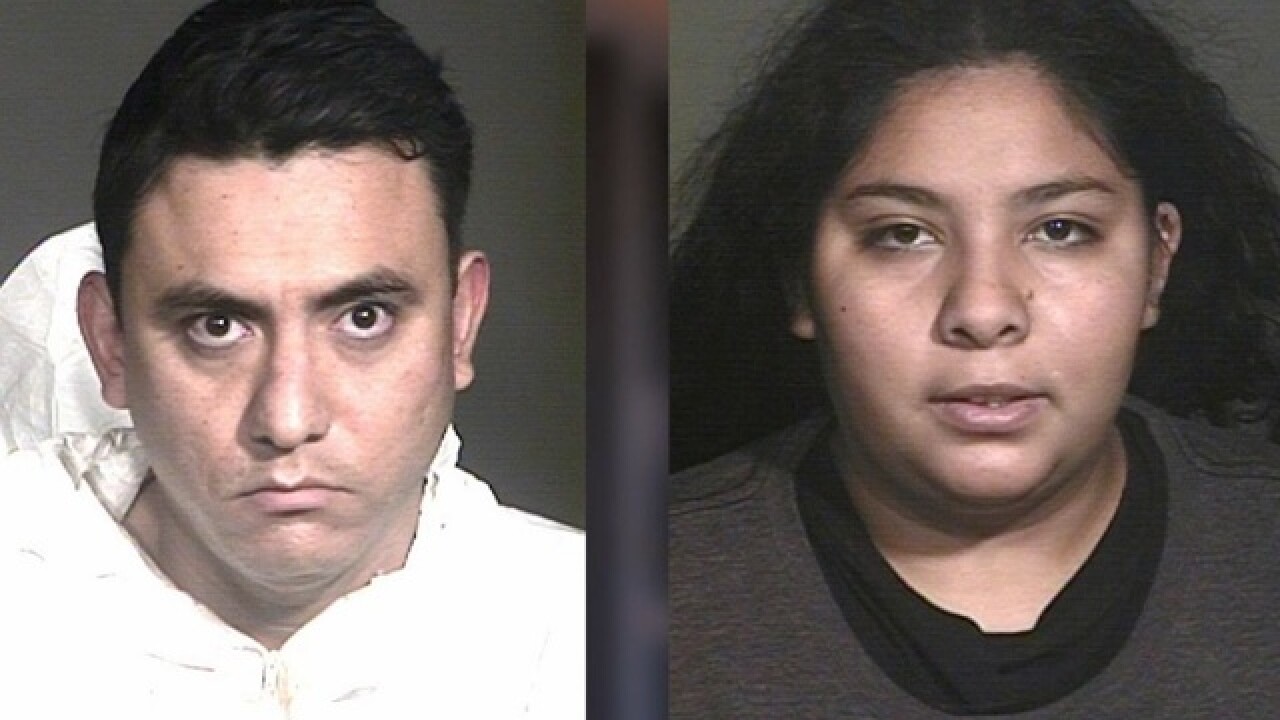 A judge sentenced Francisco Javier-Rios Covarrubias to 35 years in prison followed by lifetime probation Tuesday after an extreme case of child abuse in Mesa in 2016.

He pleaded guilty to two counts of kidnapping and three counts of attempt to commit child abuse in August.

ORIGINAL STORY: WARNING: The nature of the story contains graphic details about the case released by Mesa Police and some viewers may find them disturbing.

The mother of a 3-year-old girl and a friend entrusted with her care were put behind bars, accused of committing egregious acts of child abuse so bad that Mesa's police chief called it one of the worst cases the department has had to investigate.

Police said the child was found in January 2016 in a Mesa home concealed in a trash bag with her hands and feet bound with duct tape and her mouth covered. The girl was covered in feces, bruised, blistered, suffering from a rash, and only wearing a diaper and shirt.

The girl...is unable to stand and is currently not talking to investigators

Mayra Solis, the child's mother, and Francisco Javier Rios-Covarrubias were booked into jail on several charges.

Police said the child was at Rios-Covarrubias' home, where she would often stay for days at a time, while Solis worked. The mother told police that sometimes she would only see her daughter one day out of the week.

When the girl was at the friend's house, she often would be home alone for hours while Rios-Covarrubias was at work, according to police.

Mesa Police Chief John Meza said the girl was hospitalized after the incident in fair condition. She was unable to stand and wouldn't talk to investigators. It's not clear if she wasn't talking to detectives out of fear or if she couldn't speak.

HOW THE INVESTIGATION BEGAN

Meza said during a press conference that the investigation began when a man contacted police about seeing a child bound and gagged with duct tape in a closet.

The man told police that he met Rios-Coverrubias online and the two agreed to meet for sex. When the man arrived at Rios-Coverrubias' home, he noticed a "bad odor," according to Meza, and found the child in a closet.

He noticed a "bad odor," according to Meza

At that point, Rios-Coverrubias allegedly asked the man if he wanted to have sex with the child. The man became upset and left, but returned later and had consensual sex with Rios-Coverrubias, thinking the child was gone, police said.

After the second encounter, the man contacted authorities and officers arrived at Rios-Coverrubias' house.

@MesaPD says suspect offered for someone to have sex with 3-year-old victim. Witness later reported incident to police. @abc15

Rios-Coverrubias, according to Mesa Police, did admit to binding the girl with duct tape. He told detectives that he wanted to keep the girl quiet so he could have sex with other people.

He did not admit to sexually abusing the girl, but police said there was evidence that the girl was sexually assaulted.

He was booked into jail on charges of sex trafficking, kidnapping, sexual conduct with a minor and felony child abuse.

WHAT WE KNOW ABOUT THE MOTHER

Police said the mother, 21-year-old Mayra Solis, would leave the child with Rios-Coverrubias for days at a time, while sometimes seeing the child as little as once a week. She was also aware that her child would be alone for hours, while the other suspect was at work himself, according to police.

Solis also allegedly shaved her daughter's head and claimed she had cancer so people would donate money for the girl's care, according to authorities.

She was booked into jail on charges of child abuse.

NO HISTORY WITH DEPARTMENT OF CHILD SAFETY

Meza said his office was not aware of any history between the suspects and the Department of Child Safety.

The child was placed in DCS custody.