PD: Reports that Mesa chloroquine phosphate death is homicide investigation are 'not true' 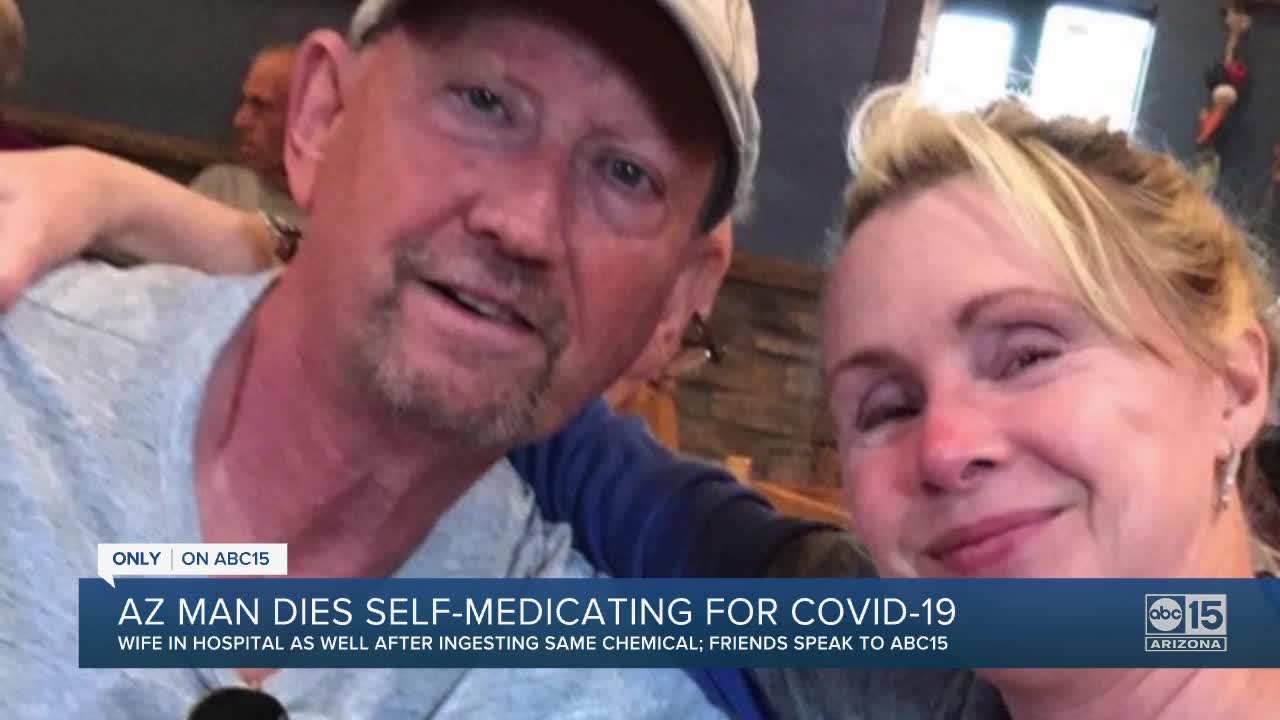 Wife in hospital as well after ingesting same chemical; friends speak to AB15.

MESA, AZ — The Mesa Police Department is refuting claims that a death involving chloroquine phosphate is now a homicide investigation.

Some reports have surfaced online saying a Mesa man who died in March after ingesting a chemical similar to that of a drug discussed amid the coronavirus pandemic is under investigation as a homicide.

“It is normal protocol at the Mesa Police Department for all death cases (other than obvious natural causes) to be investigated,” Detective Flam said. “All death cases are assigned to a homicide detective for their review as a matter of protocol. Please do not confuse this fact with what is currently being reported that this case is now a homicide investigation.”

The New York Post and other outlets also reportedly heard from Mesa police that the homicide detective assignment was normal protocol.

ABC15 learned back in March that the man and his wife, both in their 60s, took chloroquine phosphate, an additive commonly used to clean fish tanks, because it kills algae.

Within 30 minutes, the two experienced severe side effects that required admittance to a nearby Banner Health facility. The man died and his wife was placed under critical care, according to a hospital spokesperson.

The wife, Wanda, reportedly told her friends the couple decided to mix the powder with a drink because they had heard the president and other officials touting the drug chloroquine as a possible treatment for COVID-19.

New reports, including the one from the New York Post, suggest that Gary was given the chemical and that the couple had experienced problems. That has not been confirmed by police.

“This investigation is NOT being treated as a homicide,” Mesa police said. “The death of Gary... has not been ruled a homicide at this time.”

Chloroquine, or hydroxychloroquine, has been approved to treat and prevent malaria since 1944. Dr. Daniel Brooks, Banner Poison and Drug Information Center medical director, says that hydroxychloroquine is very similar to chloroquine phosphate but it is the prescription medication that is available around the world.

The FDA issued a warning against the use of hydroxychloroquine as a treatment for the coronavirus outside of a hospital or clinical trial.