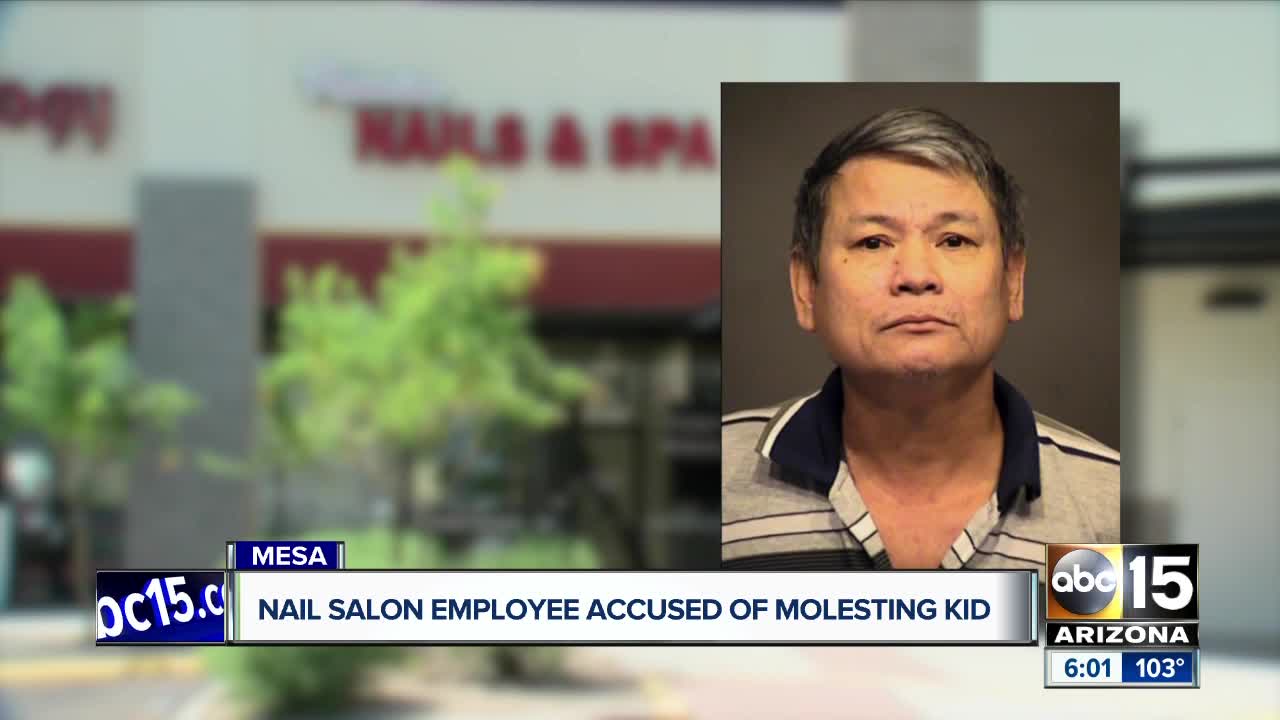 Police say the suspect worked as a janitor and did not typically interact with customers. 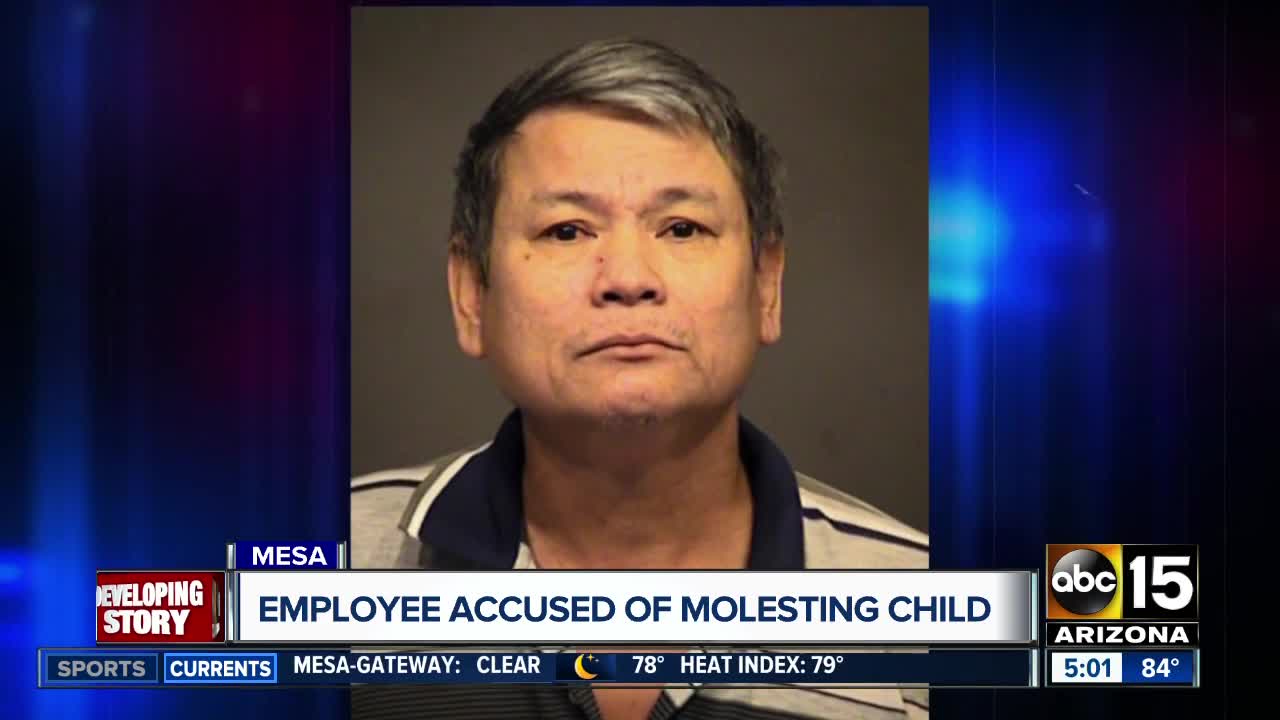 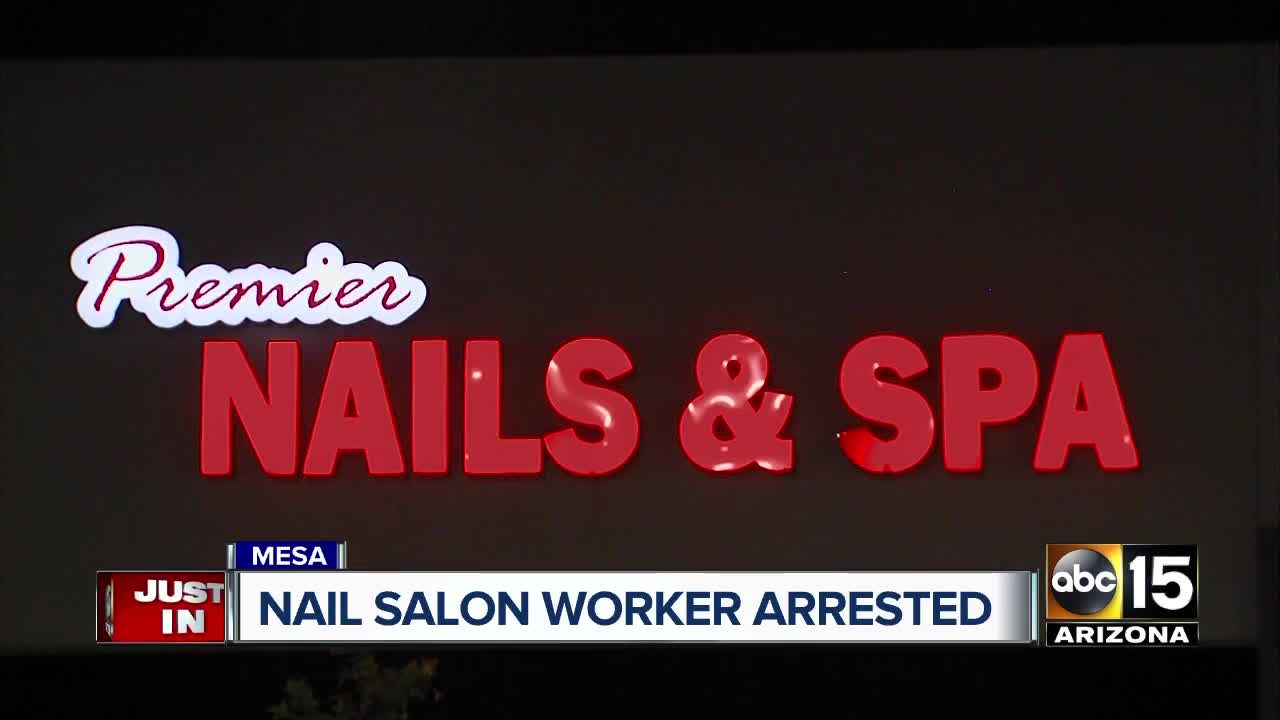 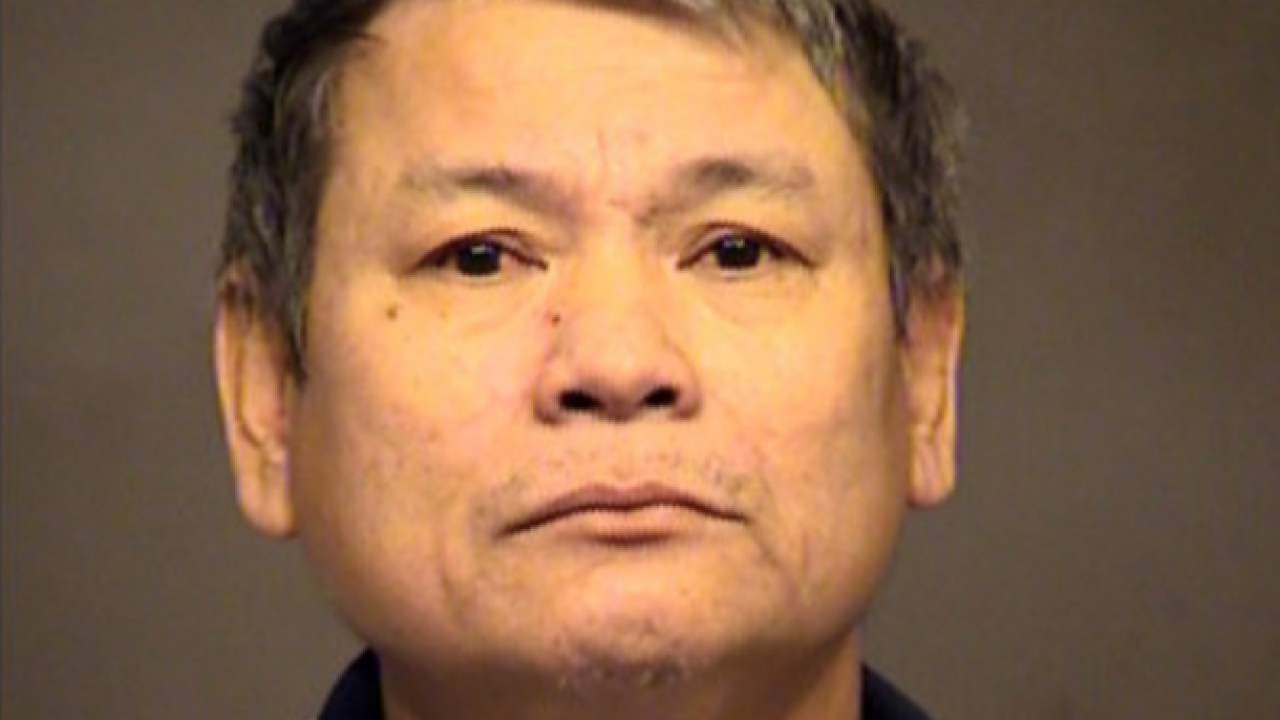 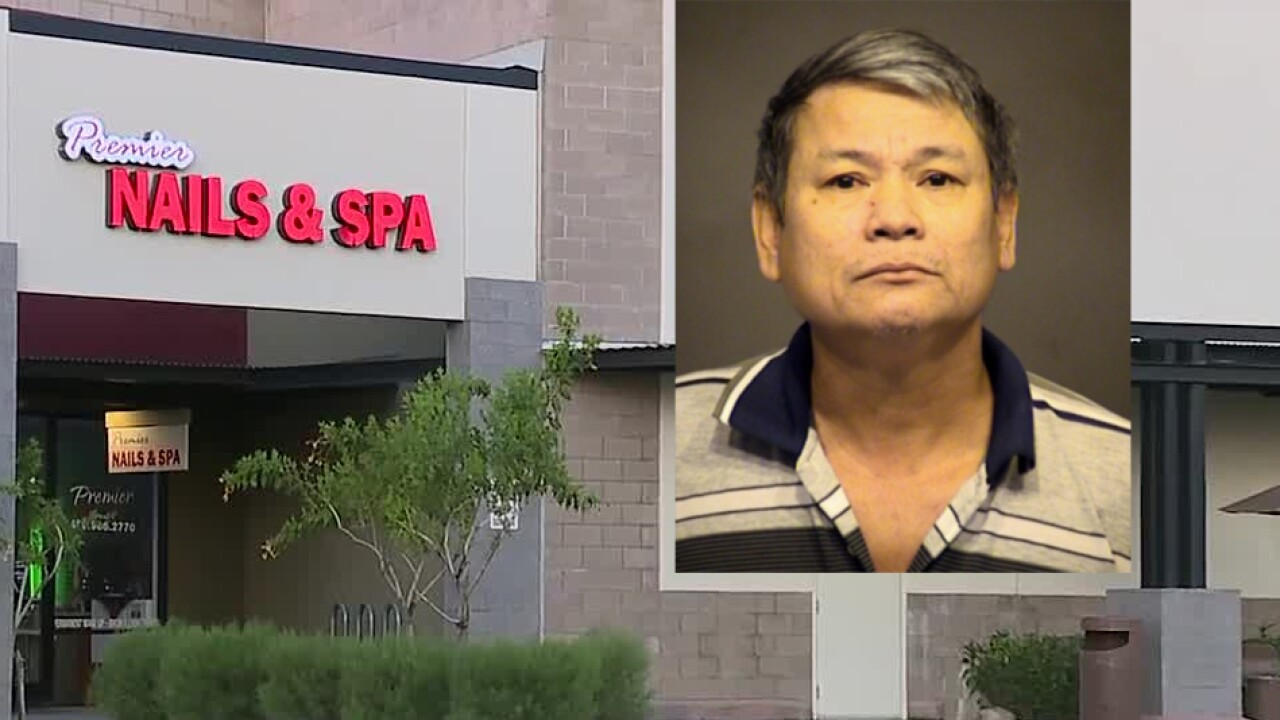 MESA, AZ — An employee at a nail salon in Mesa is accused of molesting a 5-year-old boy Wednesday afternoon.

The incident happened around 2 p.m. at Premier Nails & Spa near Ellsworth and Baseline roads.

According to police records, the boy's mother had just finished getting her nails done when her son went to use the restroom.

As the boy was leaving the restroom, the suspect, 57-year-old Minh Hoa Truong, reached out and grabbed the boy and pulled him close to his body.

According to the report, the boy's mother told police she thought Truong was being playful until she saw him putting his hand down the boy's shorts.

"When I looked over, his hands were down his pants and then I got up and ran over and snatched him out of that guy's hands as fast as I could," said Jade Rock, the boy's mother. "I paid the bill as calm as I could and walked outside and called 911 right away."

When officers arrived on scene, they reviewed security camera footage which corroborated the woman's story. The video shows Truong trying to pull the boy's shorts down and then putting his hands inside. Video shows the boy squirming and then dropping to the floor to get away. When the boy's mom approaches, Truong is seen removing his hand from inside the boy's clothes.

During an interview with police, the boy told officers he tried to get away from Truong, but he grabbed his arm, stuck his hand inside his shorts, touched his genitals and "was moving it."

"I wanted to kill him, and I almost did. I saw a red for a second and I was just going to grab him by his neck," said Rock.

Truong told police he worked at the shop and the "girl" came up to him and said "hi" and that's when he pulled "her" and played with "her." He then told police he wanted an attorney.

Troung is facing multiple charges including molestation of a child.

"To the family I feel so sorry. He’s been let go and no longer here," said Lily Nguyen, the salon owner.