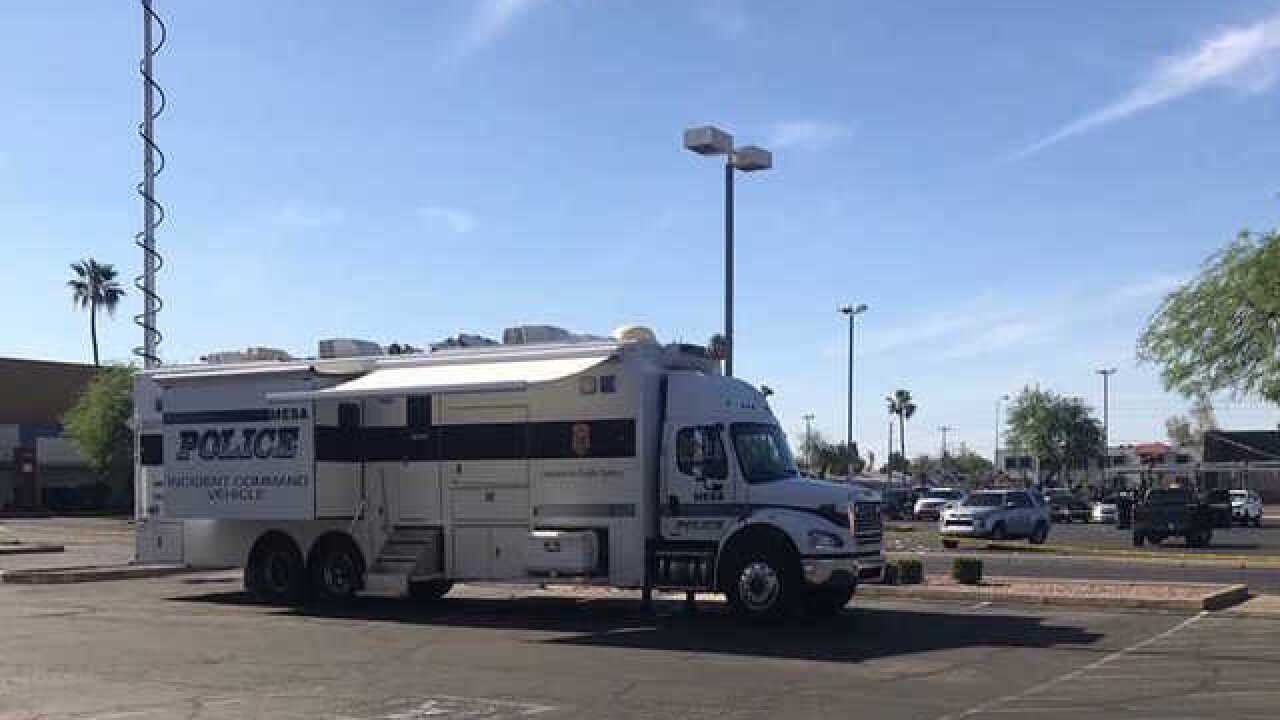 Copyright 2018 Scripps Media, Inc. All rights reserved. This material may not be published, broadcast, rewritten, or redistributed.
MESA PD 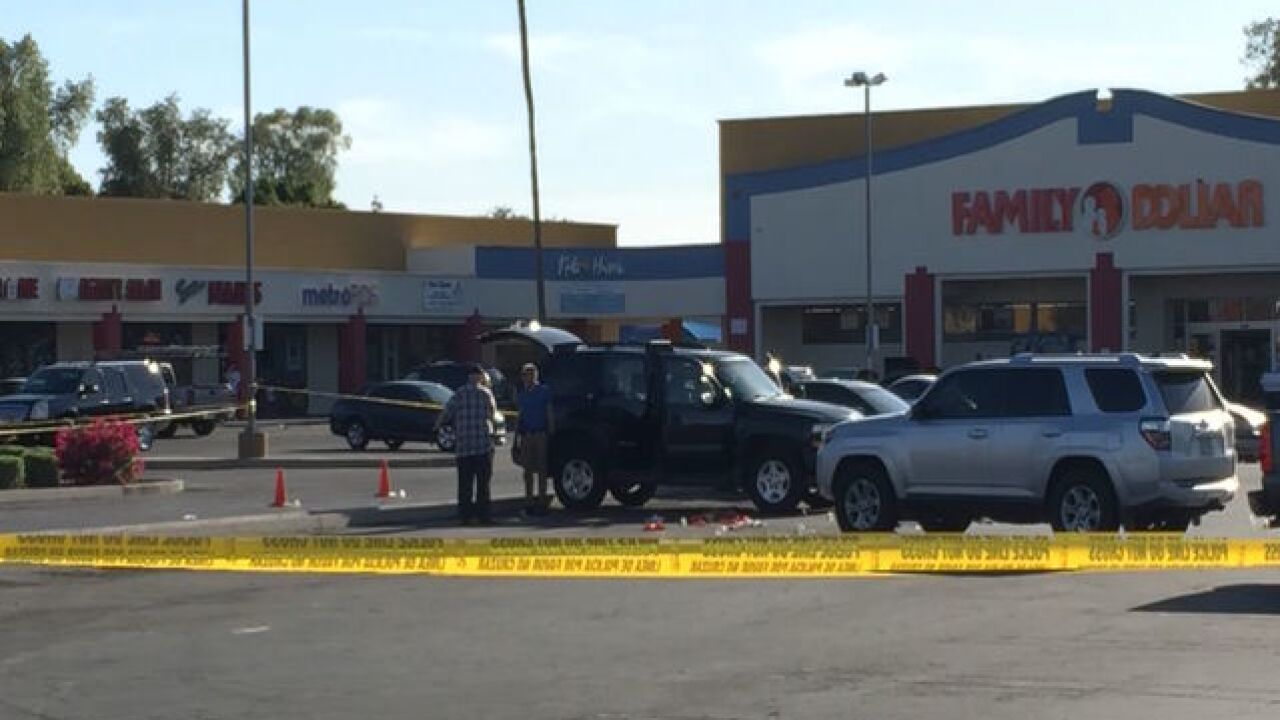 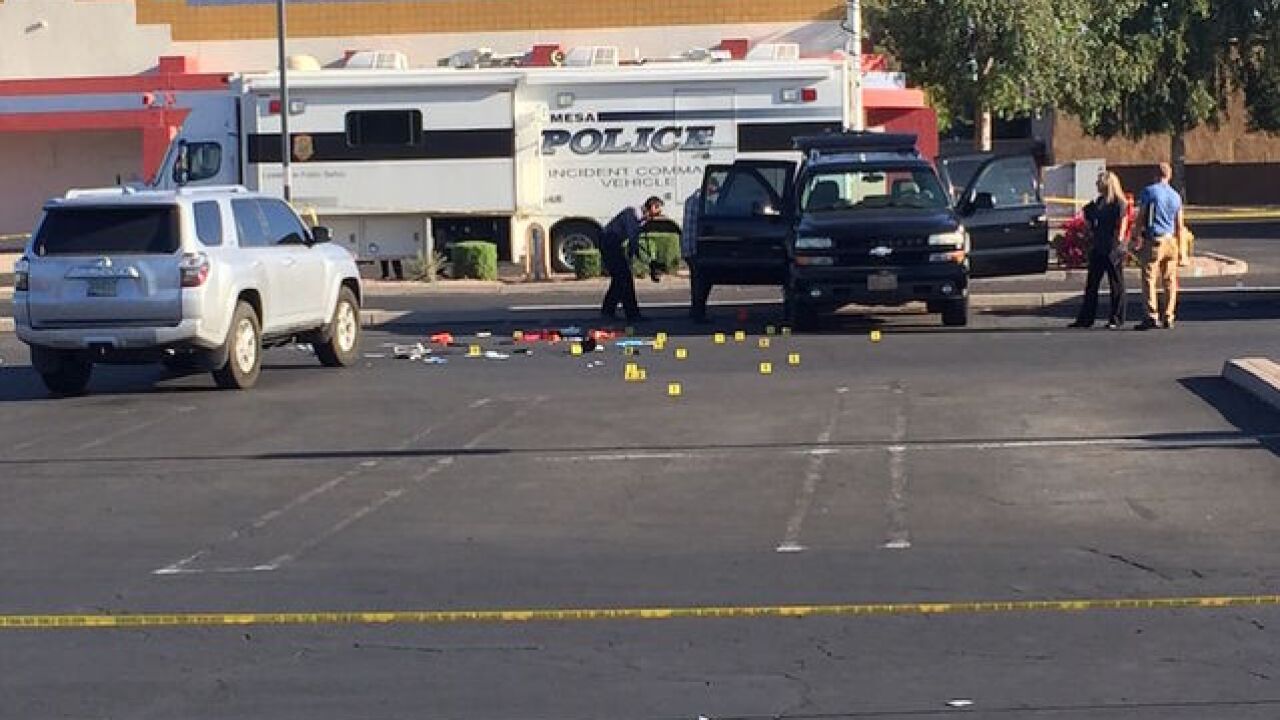 Mesa police say all agents are OK after members of the Department of Homeland Security were involved in a shooting with a suspect on Tuesday afternoon.

The Mesa Police Department says one suspect was shot and killed, and a second suspect was arrested in the incident.

Police say around 1:30 p.m. near Alma School and Broadway Roads ICE Special Agents were working a narcotics investigation and met two suspects in the area.

During the meeting, police say 23-year-old Giovanny Leon pulled a handgun out and attempted to rob a special agent.

At that time the special agent pulled out his duty weapon and fired at Leon. Additional agents arrived and also engaged the suspect, who was still pointing his weapon towards the agents. Leon did not survive his injuries in the shooting.

A second suspect, 18-year-old Carlos Casillas-Mendoza was arrested and will be booked for first-degree murder under the felony murder rule along with one count of armed robbery and aggravated robbery.

Homeland Security Investigations on scene in Mesa near Alma School/8th Ave. They tell me one person is dead. Working to get more info @abc15 pic.twitter.com/o50e7UqDMh

No Mesa police officers were involved in the federal investigation which led to the shooting.

In 2018, there have been 37 shootings involving law enforcement in the Valley.