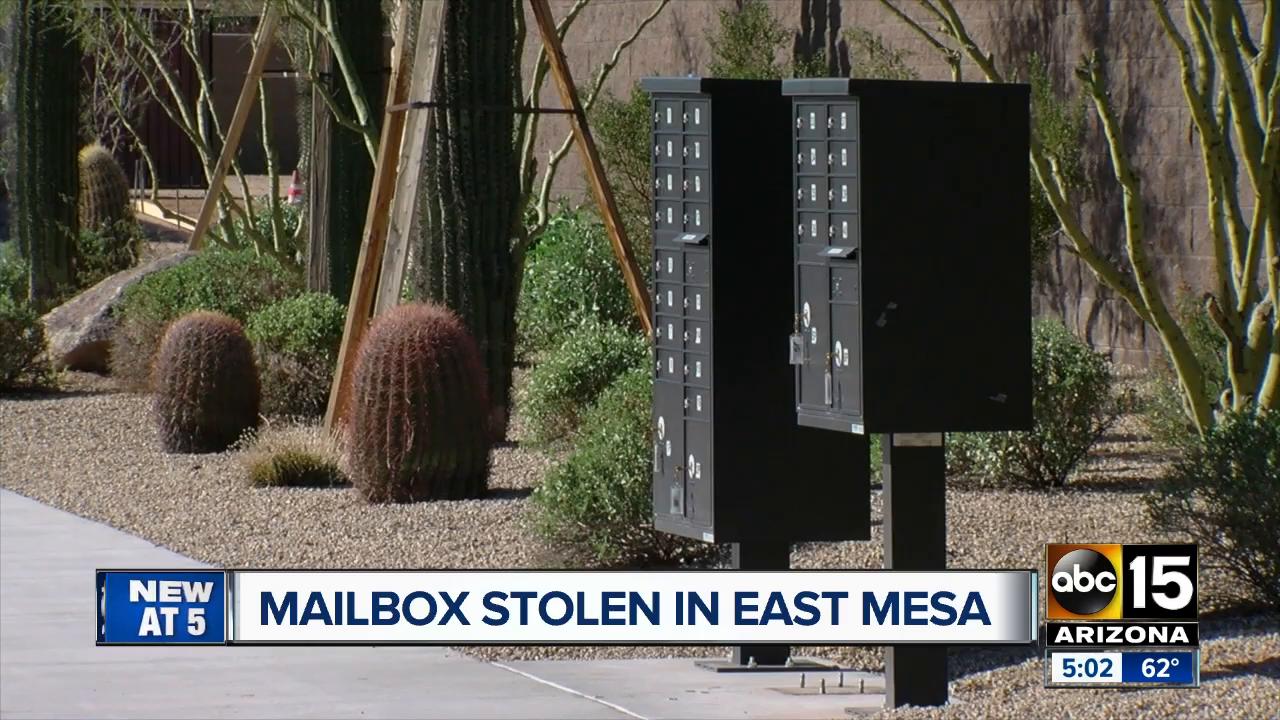 The Mesa Police Department is investigating after a cluster of mailboxes were allegedly stolen from a neighborhood recently. 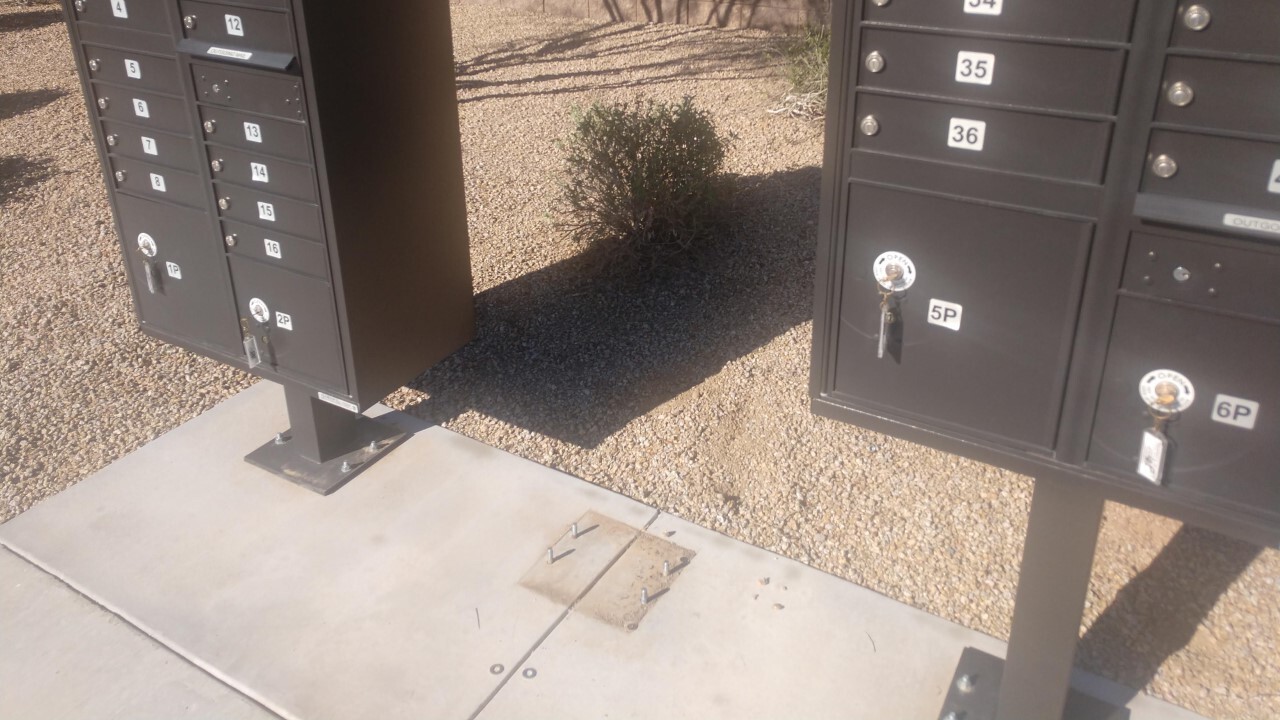 MESA, AZ — The Mesa Police Department is investigating after a cluster of mailboxes were allegedly stolen from a neighborhood.

Police confirmed a report was taken after residents say a cluster of what appears to be about 15-20 mailboxes were unscrewed from the ground and stolen over the weekend.

The theft happened at the Vista at Granite Crossing neighborhood near Crismon and Brown roads. The cluster of mailboxes reportedly weighs about 300 pounds.

Police say they have no suspect description available at this time and that the post office has been notified.

The U.S. Postal Inspection Service confirms the theft and says the box was there Saturday when the carrier delivered the mail, and it was taken sometime after that.

Residents tell ABC15 that there were holiday cards and gift packages that may have been taken, but the exact cost of any items stolen is unclear. Residents say the box was there Sunday night and was gone Monday morning along with two solar lights.

"My wife went to work, and she calls me as she sometimes does and told me, 'I went to put our Christmas cards in the outbox, and the mailbox wasn't there,'" said Andrew Sellars, who lives in the neighborhood.

One resident said they had at least three days worth of mail in the mailbox that they had not picked up.

"Thank you for your inquiry. Yes, this has been reported to the post office and Postal Inspectors are investigating. What we know at this time is the box WAS there on Saturday when the carrier delivered the mail. So it went missing sometime after that. I do not know what approximate time the carrier typically hits this location on their route. If residents did not check their box on Saturday after mail delivery, they could possibly be a victim and should report anything they believe is missing to the U.S. Postal Inspection Service at 877-876-2455.

This box is privately owned by the Homeowners Association and therefore their responsibility to replace (and secure appropriately)."

Anyone with any information on the stolen mailboxes is asked to call the Mesa Police Department or the United States Postal Inspection Service at 1-877-876-2455.