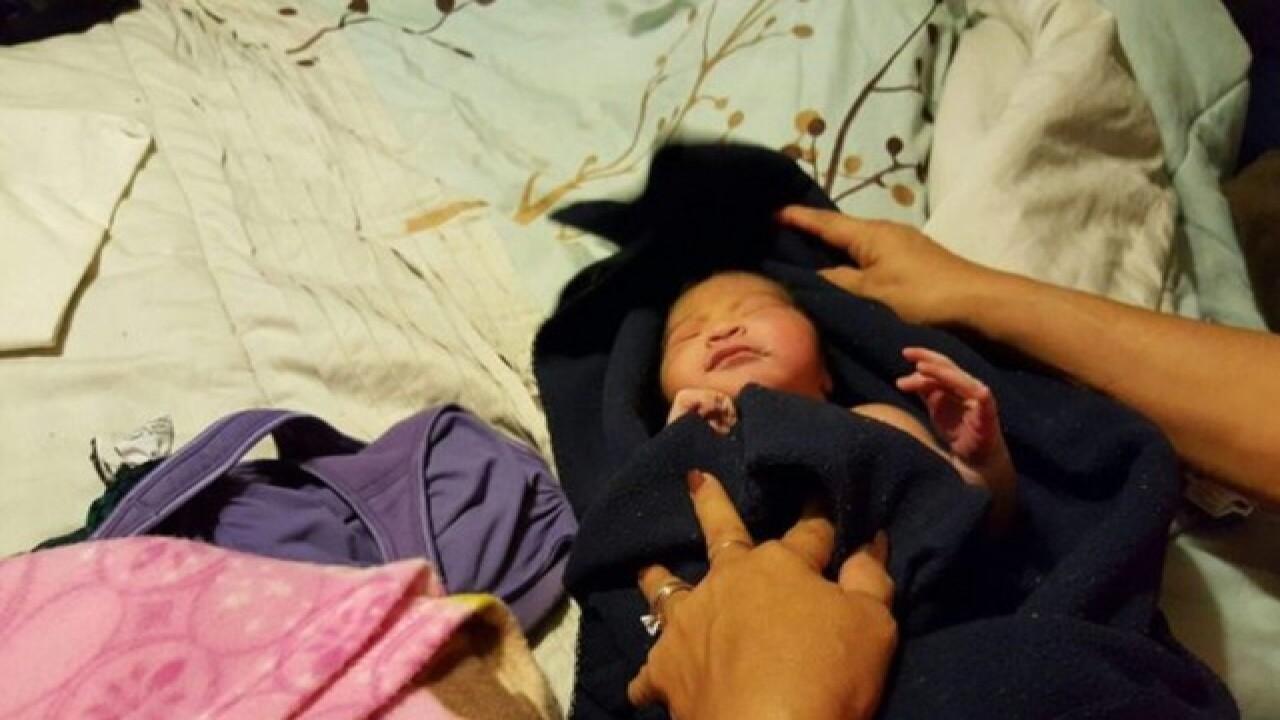 Mesa police are asking for the public's help to find the mother of a newborn abandoned in a Mesa yard Tuesday morning.

Police said they received a 9-1-1 call around 11 a.m. Tuesday after the one-day-old baby girl was found in a yard near 9th Place and Alma School Road.

This woman found a new born baby, on her irrigation box, yesterday morning, in her Mesa front yard. @abc15 pic.twitter.com/HNXklRPk3v

The newborn, being called Baby Jane, appears to be healthy. She was reportedly found with her umbilical cord still attached by a hospice caregiver who lives at the East Valley home where the girl was abandoned.

"I touched her and she moved and I said, ‘She's alive!’" said Roseanne McCulloch, who found the baby. "I picked her up, and [the blanket] was all wet.”

McCulloch said she believes the baby was dropped off around 2 a.m., but she didn’t see who did it.

“She was a big baby. She was gorgeous. And whoever left her had already taken off the mucus, the membrane, off of her," McCulloch said. "I feel so bad for them because they must be in a situation where they felt they couldn't continue to keep caring for the baby."

Paramedics told McCulloch that the infant was a full-term baby and that she was breathing normally.

"We drove up and down our street yesterday, and we said, ‘They could've left her at any one of these houses, but they left her at ours. I think they did it in a moment of desperation, but I think they thought about it," McCulloch said.

Baby Jane is believed to be either Hispanic or Native American, with black hair and weighs approximately 7 pounds and 8 ounces.

"The health and welfare of an infant, a brand-new newborn, is certainly put in peril by leaving the baby like that with no sort of medical care or attention,” Mesa police Det. Steve Berry said. "They would be able to take that baby to a fire station, no questions asked, and fire personnel would've taken over from there.”

Police said they have exhausted all investigative leads and haven't been able to locate or identify the child's mother or father.

"We are hoping that someone in the public knows a person who is pregnant, and today they are not," Berry said. "You think of things as simple but as dangerous as a loose dog in the area, or something like that, can be very dangerous to an infant not able to protect themselves."

Anyone with any information on Baby Jane’s parents is urged to call the Mesa Police Department.

NOW: Mesa Police Dept. to speak about the discovery of "Baby Jane" in a Mesa front yard yesterday morning

See our talk on the Safe Baby Haven law and signs you see at fire stations https://t.co/Ay56F44BfG @AZSafeBabyHaven pic.twitter.com/PbEwTC2ilW