The shooting happened near Osborn and Dobson early Saturday morning.

Authorities say a man who was shot after striking a Mesa officer during a traffic stop Saturday morning has died. The incident marks the 52nd officer-involved shooting in the Valley this year.

Around 3 a.m., Mesa officers pulled over a man who they believed was impaired in the area of Dobson Road and Southern Avenue, police said. 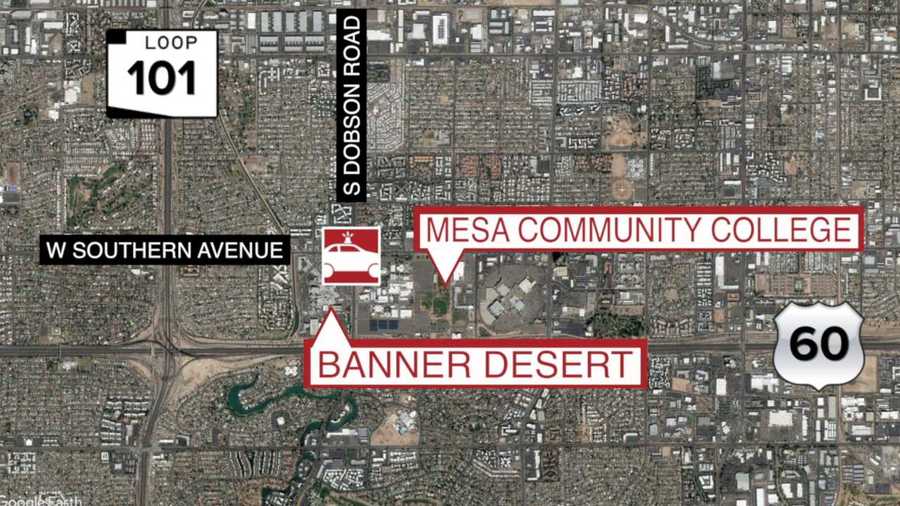 While officers were talking to the suspect, the unidentified man refused to follow directions, officials said. The suspect then put his car in reverse and began accelerating backward into a patrol car and officer.

Intersection of Dobson and Southern closed for police incident. Avoid the area. pic.twitter.com/JUAKXHKGeX

The officer who was injured dropped his Taser and shot the suspect with his gun, authorities said.

According to a police spokesperson, the suspect was hospitalized but later died from his injuries at the hospital. He was later identified as 21-year-old Anthony C. Lopez. The officer who was hit by the suspect's vehicle is also being treated for a leg injury.

Officer involved shooting near Mesa Community College. Officer is ok, and a suspect was taken to hospital. I’ll have details live now on #ABC15 pic.twitter.com/ovzkk29DOQ

The Mesa Police Association released the following statement after the shooting:

Early this morning our officers were involved in a shooting near Dobson/Southern.

During the incident, one of our officers sustained minor injuries from the suspect's vehicle.

This was another close call but fortunately we avoided serious injury to our officers. This started out as a minor/routine investigation that quickly escalated into a deadly force encounter.

Please keep the involved officers in your thoughts as they deal with the aftermath of such a critical incident.

In 2018 there have been 52 officer-involved shootings in Valley — 30 of which have occurred in Phoenix alone.