Records: Mesa PD had run in with accused mom 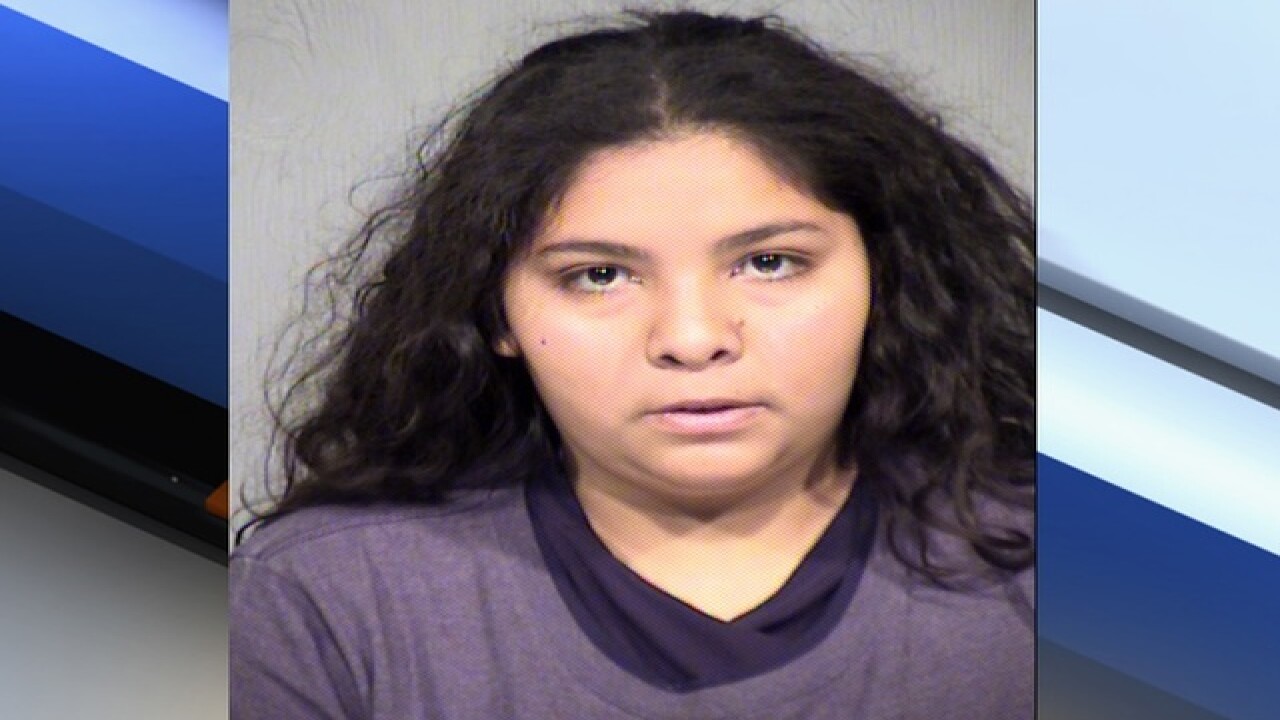 A former Walmart employee is saying police missed an opportunity to intervene in the life of an abused Mesa girl when her mom was accused of shoplifting.

Jason Tilley worked in asset protection at the Walmart at Greenfield and Baseline in Mesa in December. On December 18, police were called about a woman who was trying to shoplift food and other items at his store.

That woman was 22-year-old Mayra Solis. Tilley said the 3-year-old girl with Solis was dirty and smelled like urine during the shoplifting incident.

Mesa police say their officers noticed the girl was somewhat dirty and bought her some cookies, but they did not find it appropriate to intervene with social services or report the family to state authorities as a neglect or abuse case. Officers did cite Solis for shoplifting.

"The lead officer was debating calling CPS (DCS) because obviously shoplifting with child and the condition the child was in, but for whatever reason they didn't do it so we thought that was strange." Tilley said.

"It's just heartbreaking because you know something should have been done ahead of time back in December, and it's just a shame it took something to this extent to happen."

"If you got a mom or a child or a little person who don't have the same means as someone else, but they are clothed, there's shoes, there's nothing outstanding there. We can try to offer resources, but we can't simply hold someone or take their child or restrict them," said Mesa Police Det. Steve Berry.

On January 14, another Mesa officer came across the 3-year-old victim with her mother after they were reported panhandling outside another Mesa Walmart near Baseline Road and Country Club Drive. That officer knew Solis from her high school days and chatted with her, but he did not cite her for breaking any laws. Officers say the girl was dressed appropriately for the weather and eating a snack.

"We'll find a way to get some resources if we get there and see there was some abuse or neglect. In this case, we had a very seasoned officer who saw this little girl, and there was just nothing there that indicated what was to come," Berry said.

Solis was arrested Monday on a child abuse charge after her daughter was found in horrid conditions.  The toddler was bound with duct tape, sitting in her own feces in a trash bag, and concealed in a closet in a central Mesa apartment complex.

Police say Solis was letting 30-year-old Francisco Rios-Covarrubias babysit her daughter for days at a time while she worked at Taco Bell. He's been arrested for sexual conduct, kidnapping and other charges. ICE confirms he's an undocumented immigrant, which means he would not be allowed to return to the streets here.