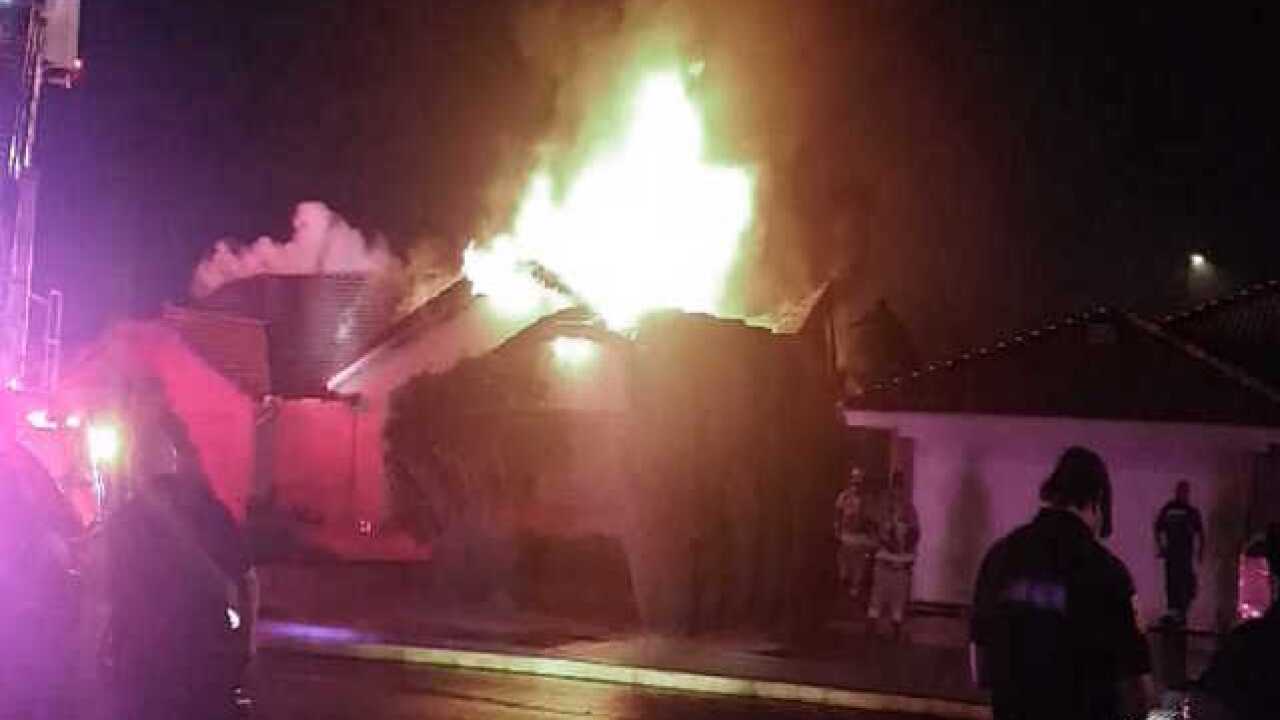 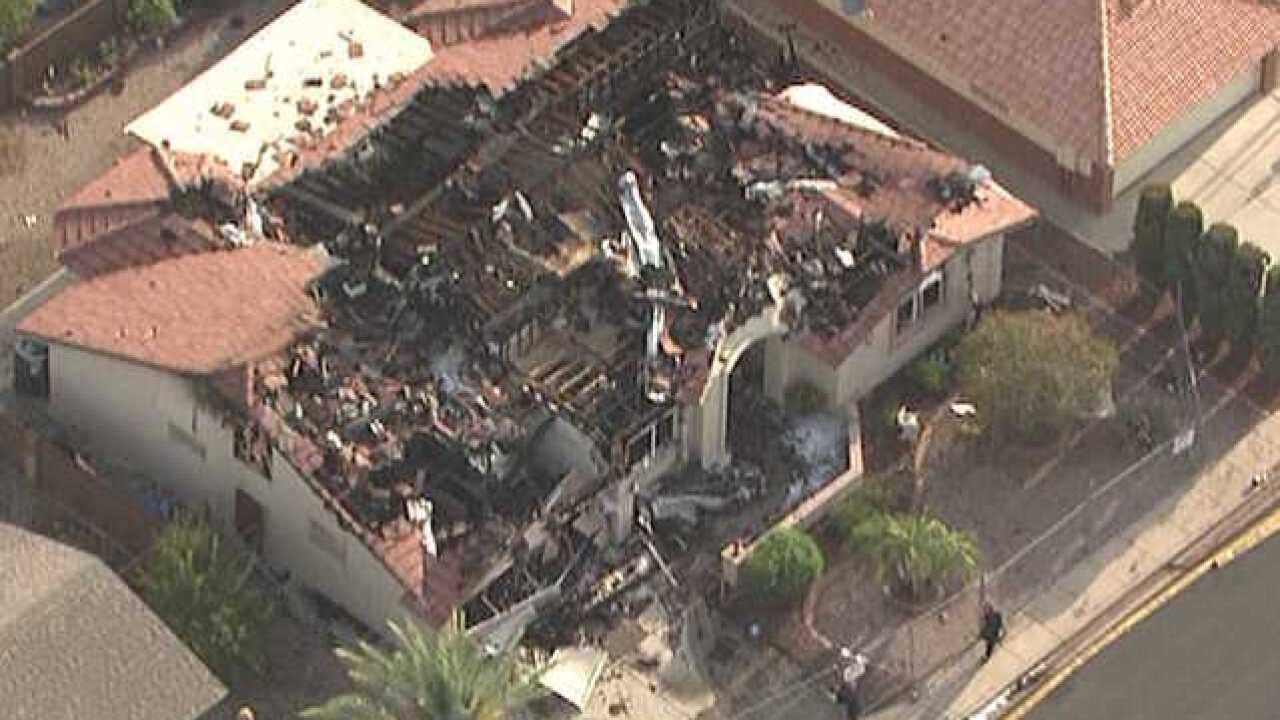 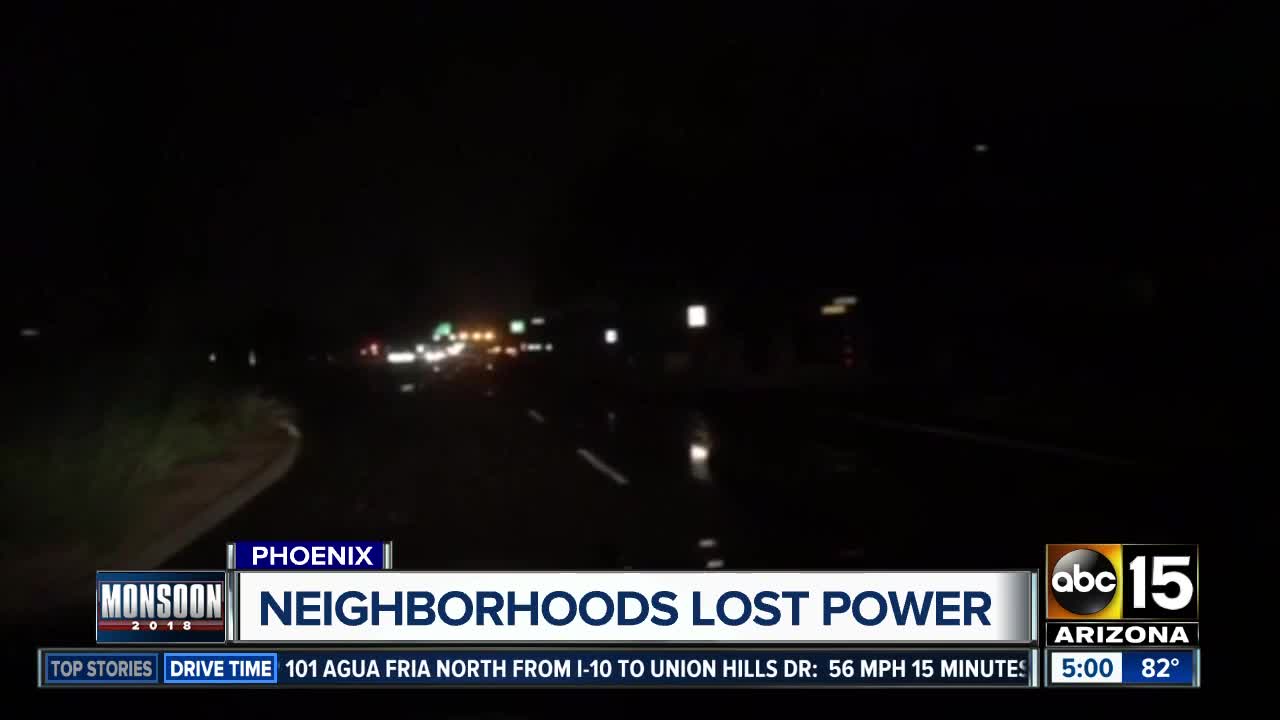 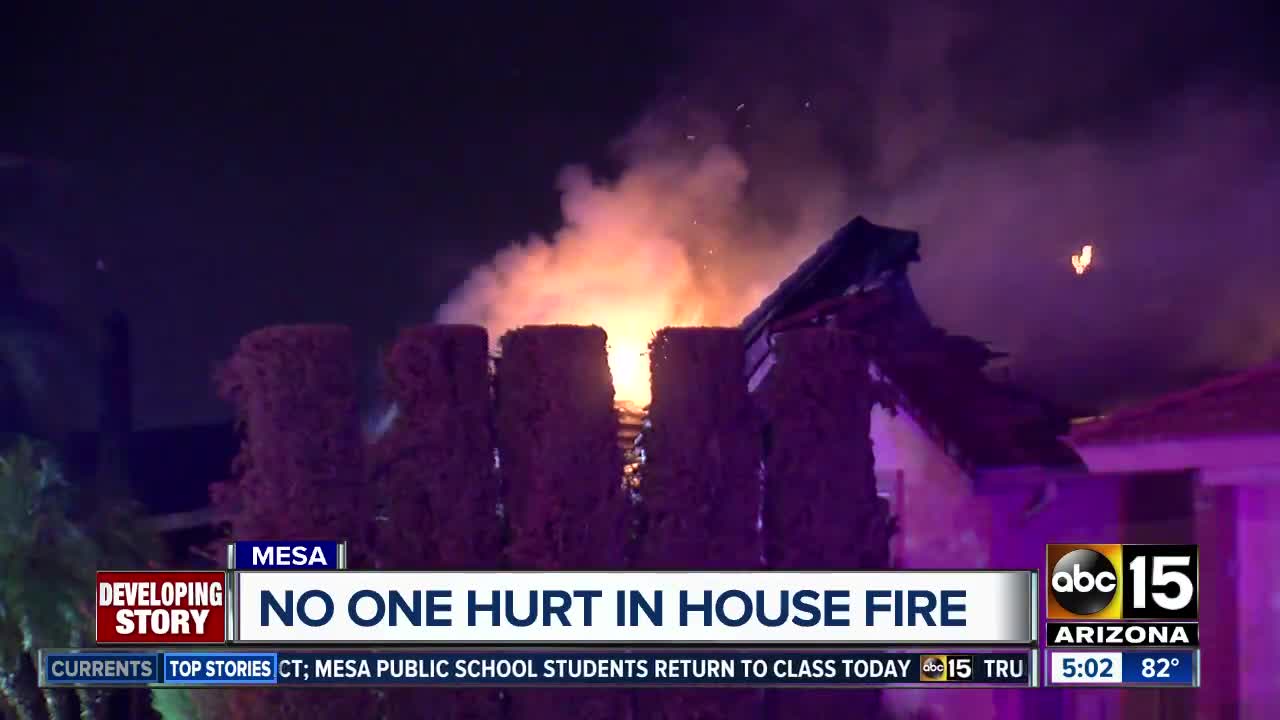 A Mesa home is a total loss after a fire sparked late Tuesday night. Investigators are now working to determine what caused the blaze.

Around 10:30 p.m., firefighters responded to a house fire near Guadalupe and Hawes roads.

NOW: @MesaFireDept still working to put out hot spots of house fire near Guadalupe & Hawes. The roof collapsed making this a total loss. Coming up on #abc15, why one neighbor says #monsoon2018 is to blame in all this. pic.twitter.com/LwxiUXKkzv

Jeremiah Johnson, a nearby neighbor, tells ABC15 News that he ran over to the home after seeing lightning hit the house.

"There was this loud crack and we saw the lightning hit close by," Johnson said. "It happened so fast...we started to see flames come out of the top of the house."

Johnson says after seeing the roof catch fire, he broke a window to see if anyone was inside, however, the residents are out of town and no injuries were reported.

Firefighters say the home is a total loss and an investigation into what sparked the fire remains ongoing.