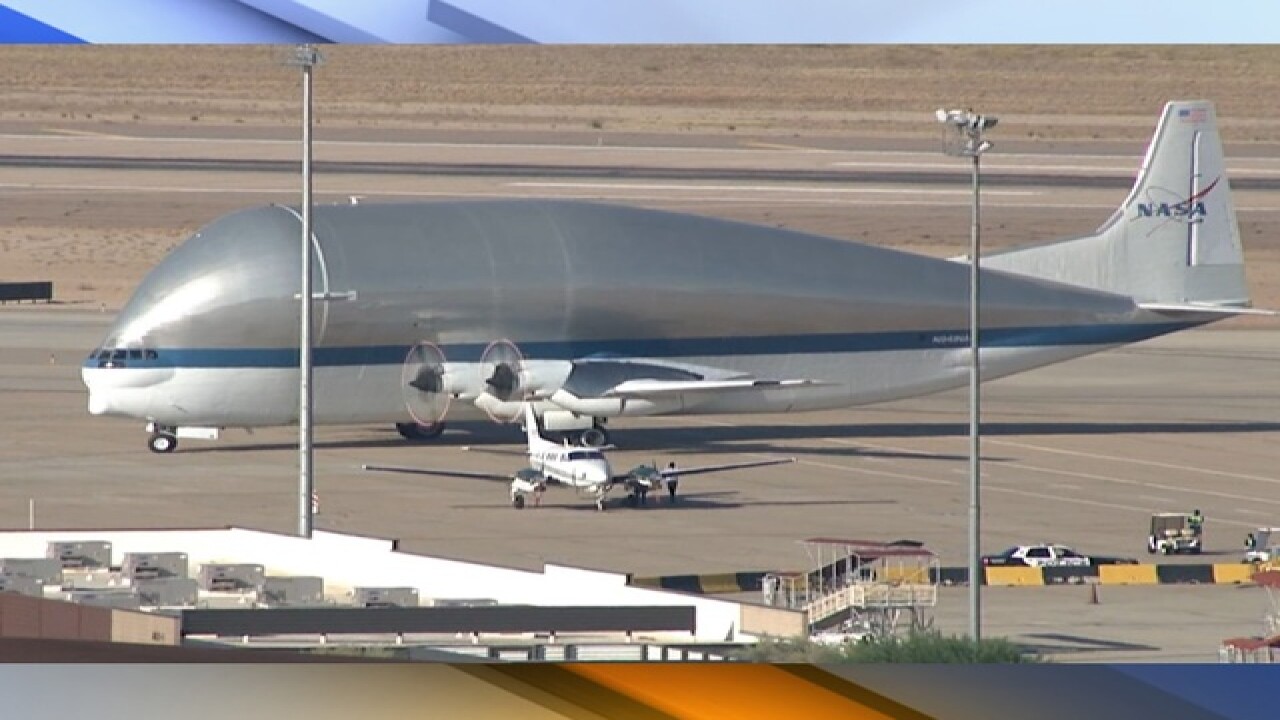 A specialized aircraft from the National Aeronautics and Space Administration made a stop for fuel in the Valley Friday.

The Super Guppy aircraft is traveling from Colorado, likely on its way to California, according to Mesa-Williams Gateway Airport. It will not spend the night in Arizona.

The plane's unique construction is designed to haul specialized parts. During a previous Mesa stop in 2014, the plane was carrying a hybrid wing body aircraft. The airport did not know what was onboard this time.

The Super Guppy has been in use by NASA since the early 1960s and can carry more than 26 tons of cargo. Its whale-shaped compartment measures 25 feet tall, 25 feet wide and 11 feet long. The aircraft's hinged nose can rotate 200 degrees, allowing it to be loaded and unloaded from the front.