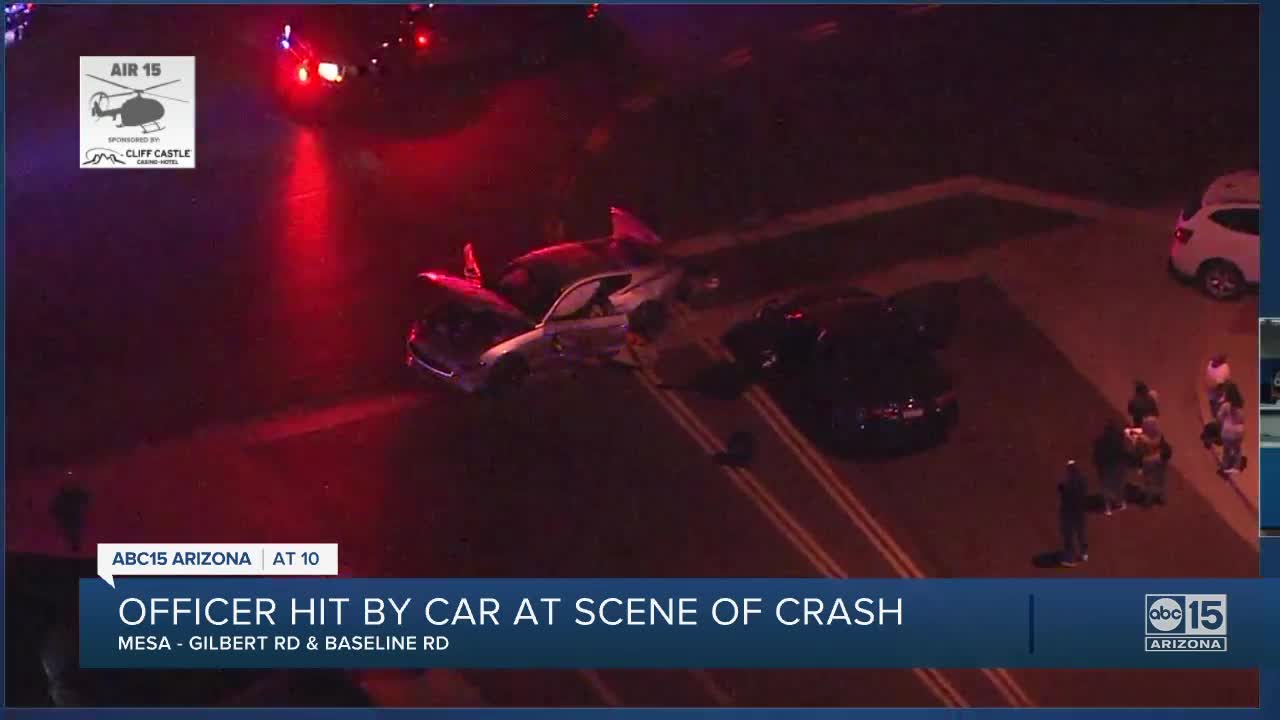 A Mesa police officer was hit by a vehicle while at the scene of an accident near Gilbert Road and the US60 Thursday night. 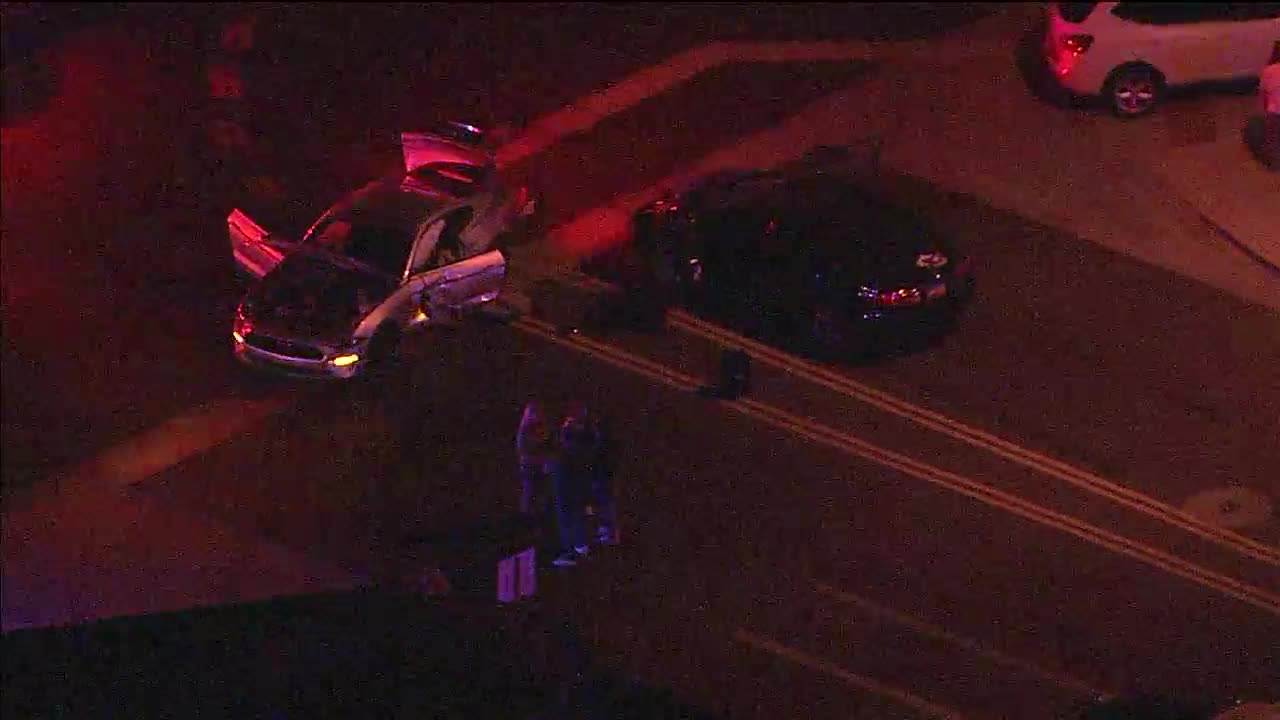 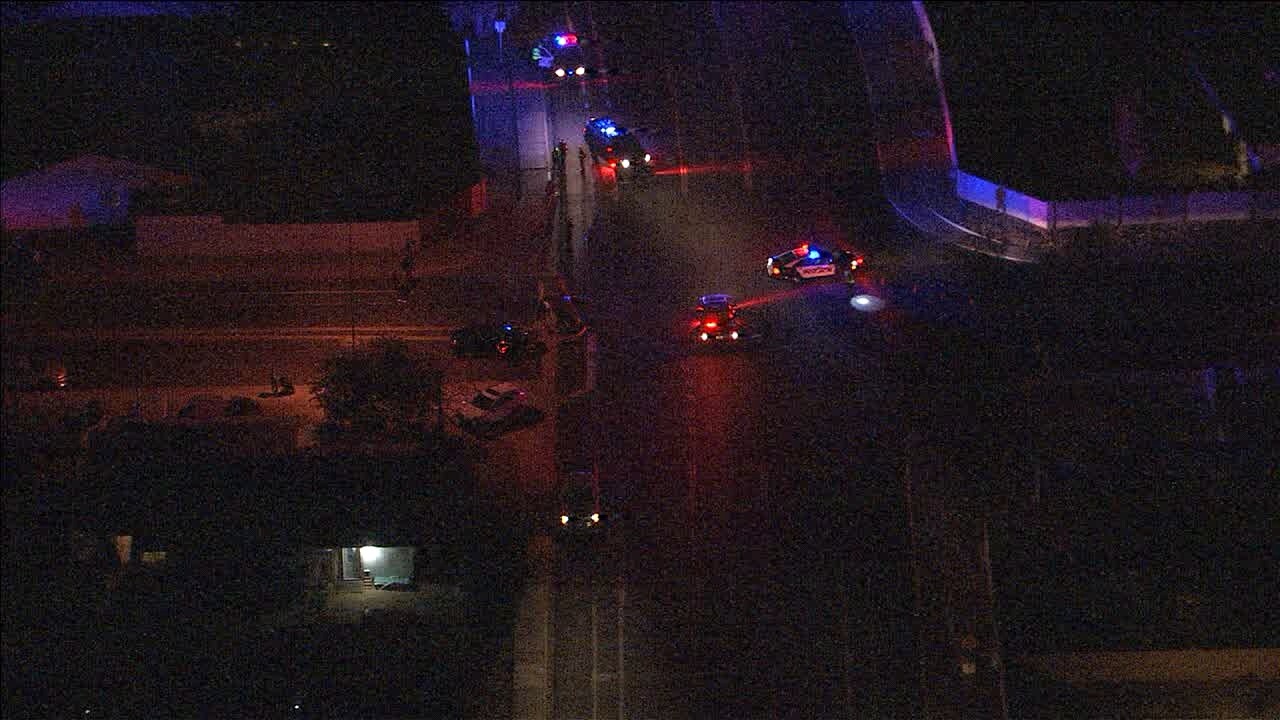 MESA, AZ — A Mesa police officer was hit by a vehicle while at the scene of an accident in a neighborhood near Gilbert Road and the US60 Thursday night.

Police say officers were at the scene of a crash near 24th Street and Inverness around 6 p.m. when one officer was struck by a vehicle unrelated to the initial incident.

The officer was taken to the hospital and has non-life-threatening injuries, according to police.

Impairment is not believed to be a factor in the crash. It's unclear if the driver of the vehicle that hit the officer will face any charges.

The officer injured has not been identified.