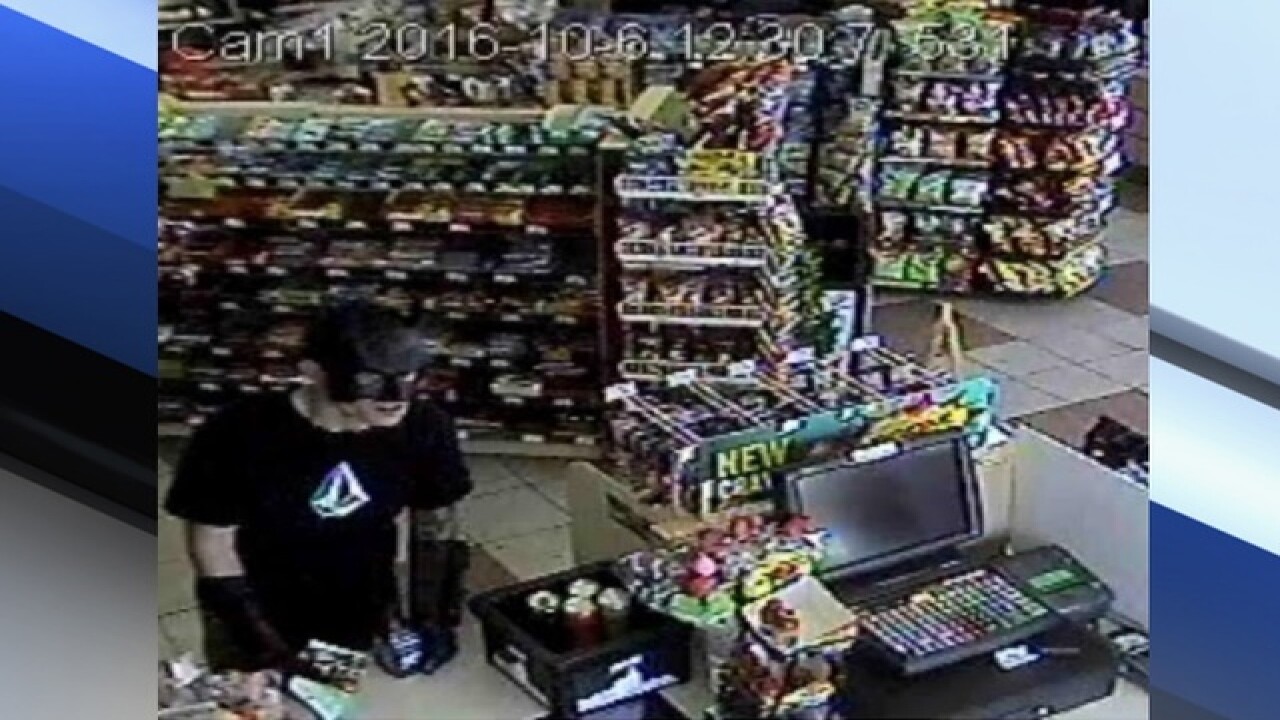 Authorities are asking for help in identifying a suspect wanted in connection with an armed robbery at a gas station last week.

Mesa police responded to the AM/PM at Country Club Drive and University just after noon on October 6. Police say a suspect selected food and beverage items before approaching the counter. There the suspect raised his shirt and exposed a handgun tucked into his waistband.

The suspect demanded money from the register, but police said the clerk was too afraid. The suspect ran off with the items he had selected, police said.

Authorities say the suspect is a white man in his mid to late 20s and between 5'6" and 5'8" tall with a slim build. He was wearing a black Batman mask and gloves, a black short-sleeved shirt with a white diamond logo on the front, gray pants and black shoes during the robbery, according to a release from the Mesa Police Department. He has tattoos on the inside elbow area of his left arm.