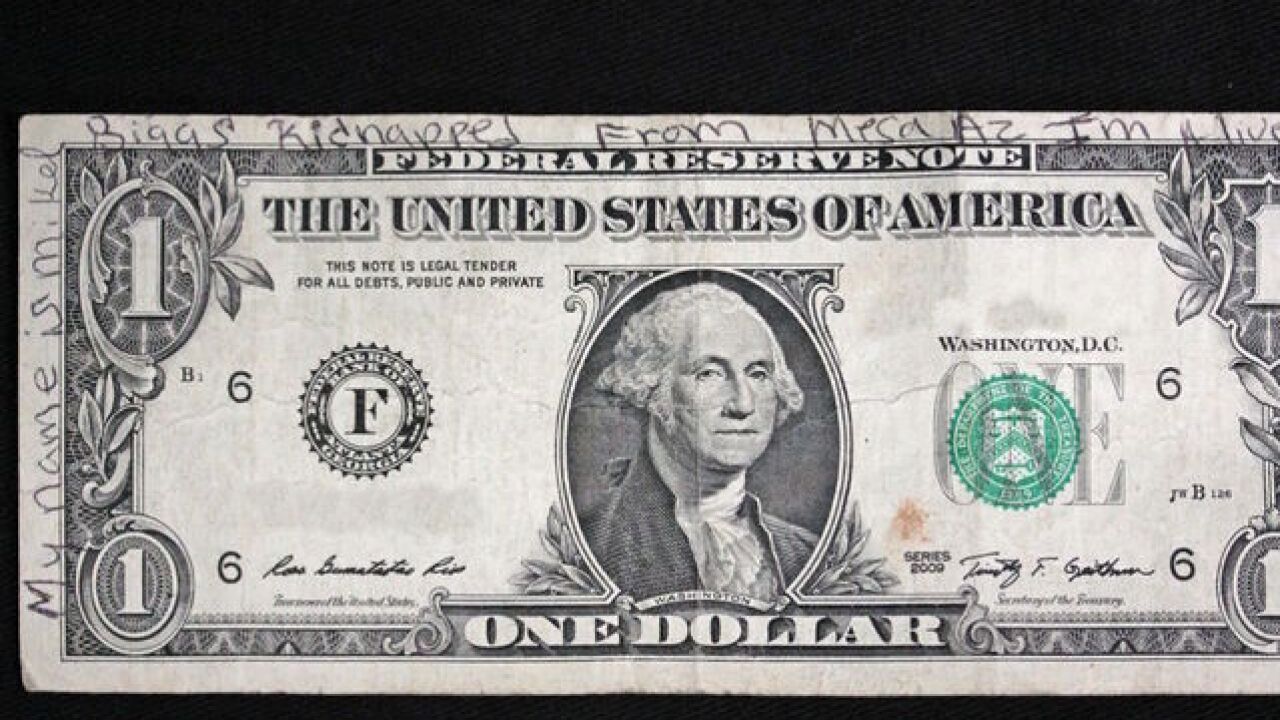 The Mesa Police Department is investigating a dollar bill found in Wisconsin that may be a new tip in a 1999 cold case.

Mikelle Biggs was 11 years old when she went missing from Mesa in 1999. Police said at the time that Biggs went missing while waiting for an ice cream truck in her neighborhood. Her bike and change were found, but she had vanished.

Fast forward to 2018, police in Wisconsin say they were tipped off recently to a dollar bill that had been located with, “My name is Mikel Biggs kidnapped from Mesa AZ I’m Alive,” written on it.

Although the name is spelled wrong on the dollar bill, Mesa police say they are still going to look into the validity of it.

Mesa police also point out that the bill was printed in 2009, ten years after Biggs went missing.

"Someone out there clearly recalls the case whether it be Mikelle or someone else around because that bill wasn’t in existence in 1999," said Mesa Police Detective Steve Berry. "So is that a clue one way or another? We just simply don’t know at this point."

Mesa police say a citizen who had gotten the dollar bill contacted their local police department after noticing the writing on it.

"It's something that still resonates here in the community, and that's very evident by the fact you look at this one dollar bill from across the country, and it has reignited everyone's interest in this case wanting to know what happened to Mikelle," Berry said.

Berry says it will be very hard to track who all exchanged the bill since it was printed, but they’ll do their best to investigate what they can.

"Sometimes cases like these will get solved through random tips like this," Berry said. "You can be here in Mesa today and two hours later be across the country or in a different part of the world," Berry said.

Mesa police are continuing to investigate the bill, and ABC15 will continue to follow up on any new findings.