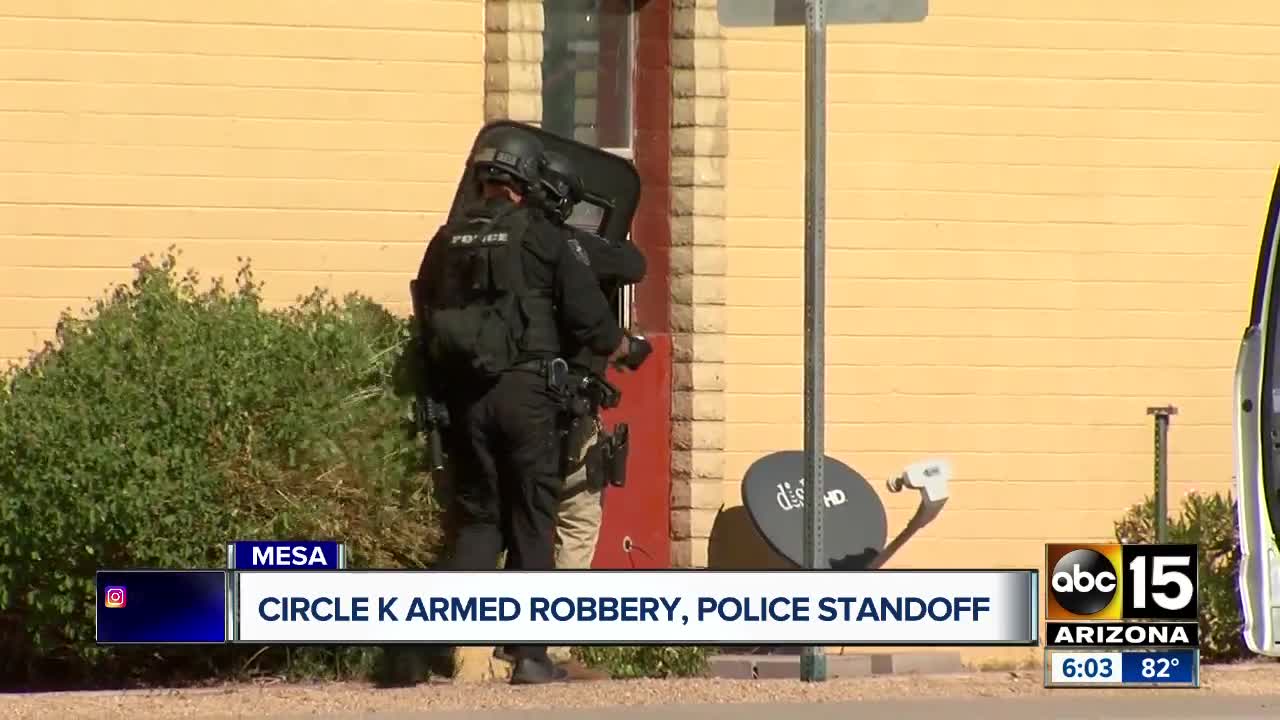 A Circle K armed robbery leads to a standoff in a Mesa apartment but everything ends safely. 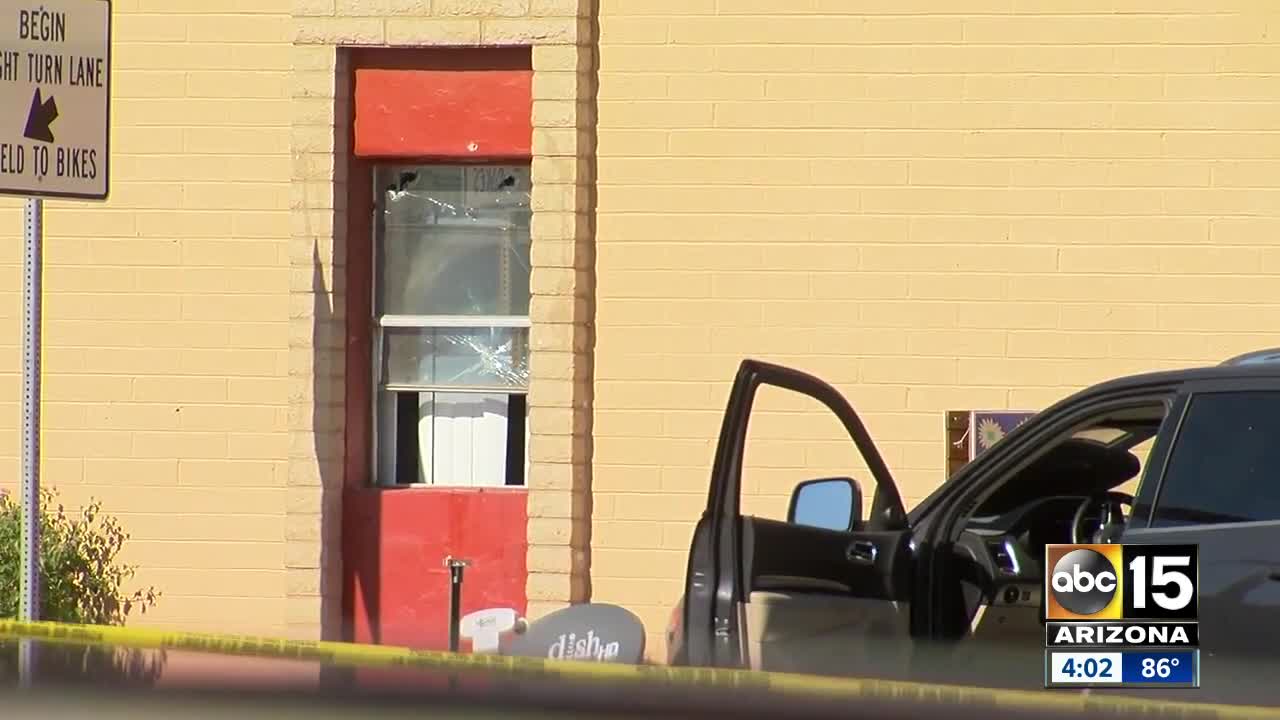 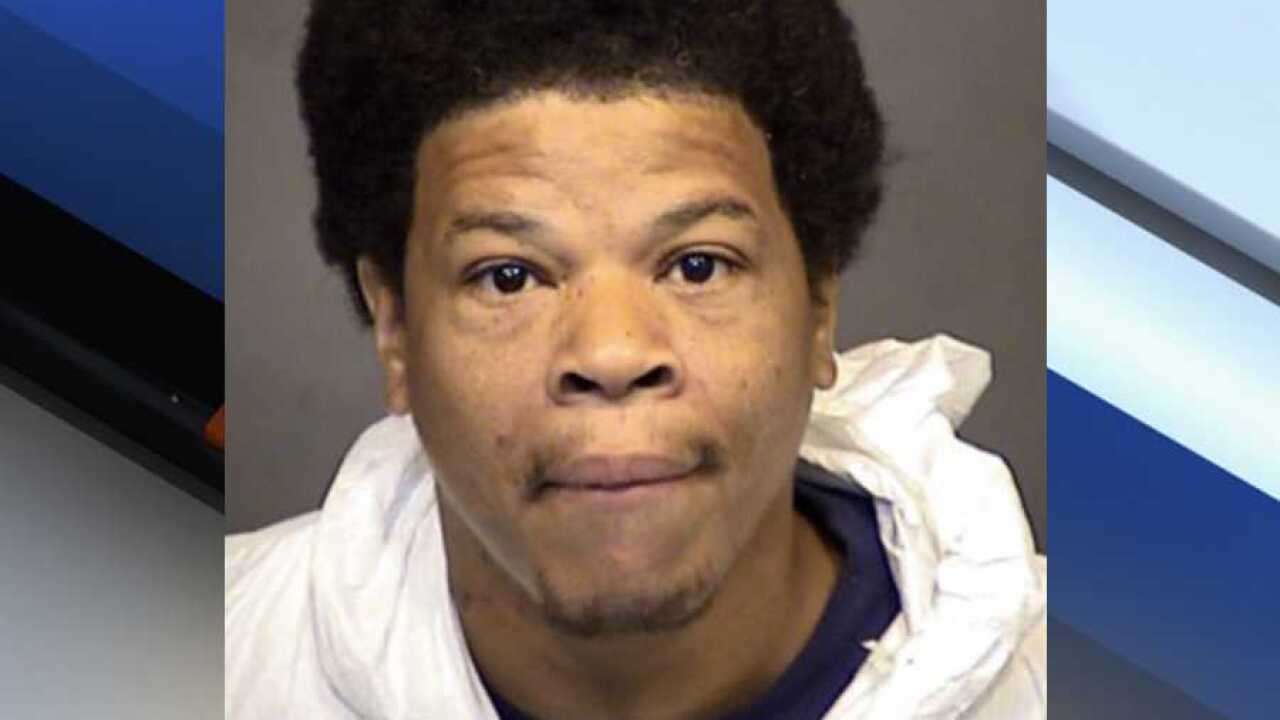 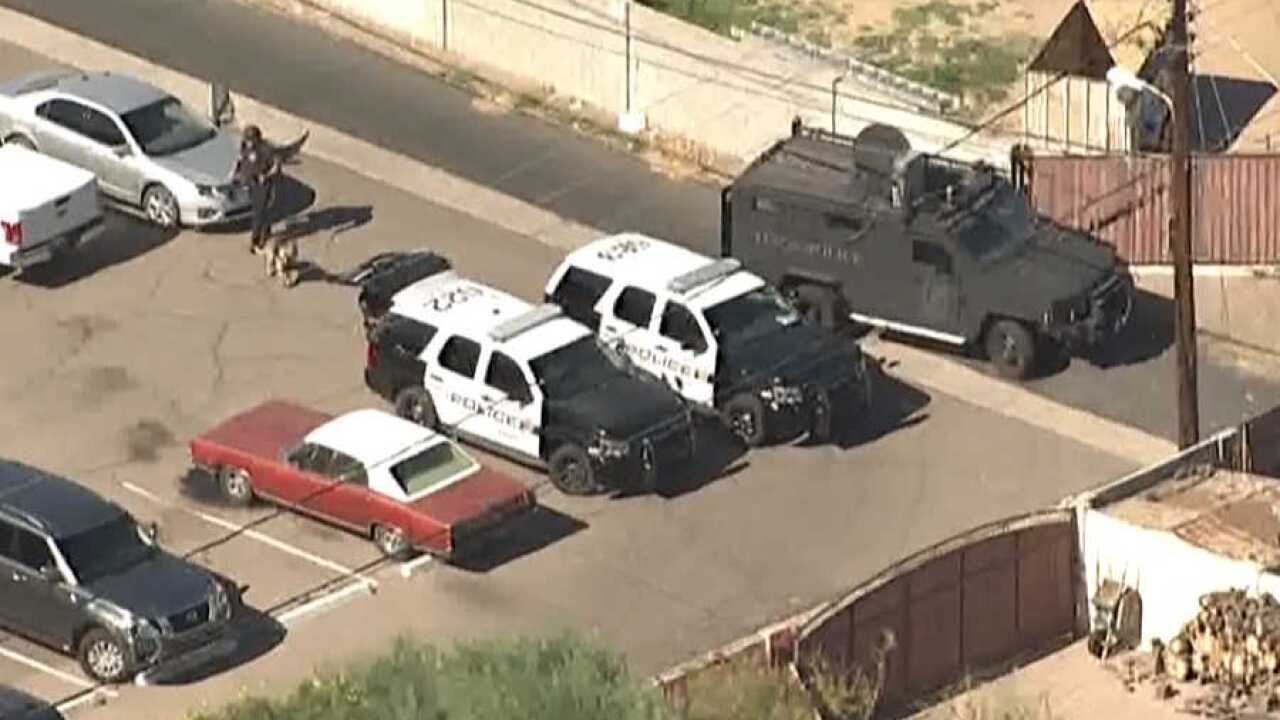 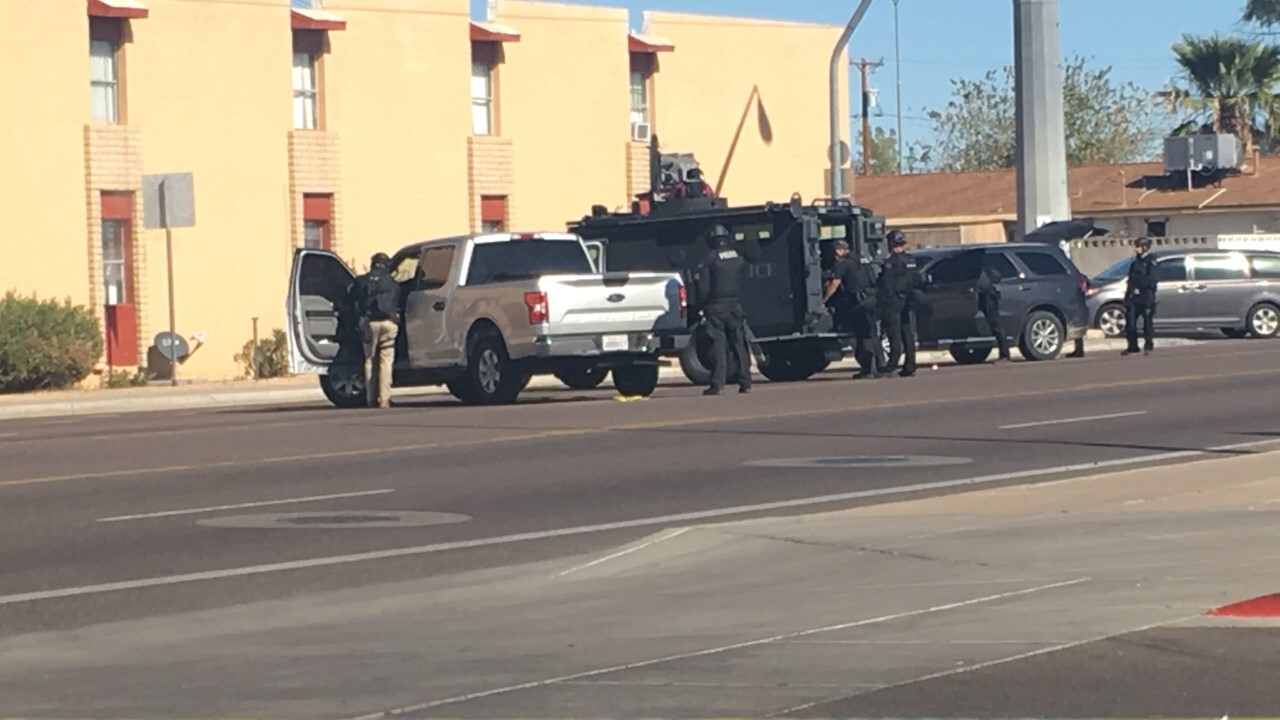 MESA — Mesa police have identified the man who allegedly robbed a Circle K near University Drive and Dobson Road, subsequently barricading himself in an apartment nearby.

According to the Mesa Police Department, the alleged robbery suspect, identified as 39-year-old Darnae Morgan, walked into a Circle K at the aforementioned intersection and approached the store clerk, who immediately told Morgan "he was not allowed on premise due to a prior trespass notice."

Police say three other Circle K employees witnessed Morgan demand cash from the clerk, walk around the counter, and allegedly threatening to "'pop a cap or shoot someone,'" court records show.

Security footage in the Circle K also allegedly recorded Morgan "making mentioned of blowing something up."

Morgan then allegedly stole a pack of cigarettes from behind the counter and left the store.

Police say witnesses in the parking lot and store cameras "observed Darnae as he removed a handgun from his waistband, which he then held up into the air."

At the time, a witness told police the weapon appeared to be a Tec 9 style firearm. However, upon further investigation, it was discovered Morgan was in possession of an airsoft Ingram M11 pistol.

Police responding to the robbery say they witnessed Morgan walk across the street into an apartment where he was known to live.

"Police briefly attempted to speak with Darnae, but he was extremely distraught and unable to form coherent words," court documents showed.

Morgan allegedly refused to exit the apartment for police and ultimately had to be extracted from the residence by a SWAT team.

Morgan was booked into a Mesa Police Department holding facility on charges of armed robbery.