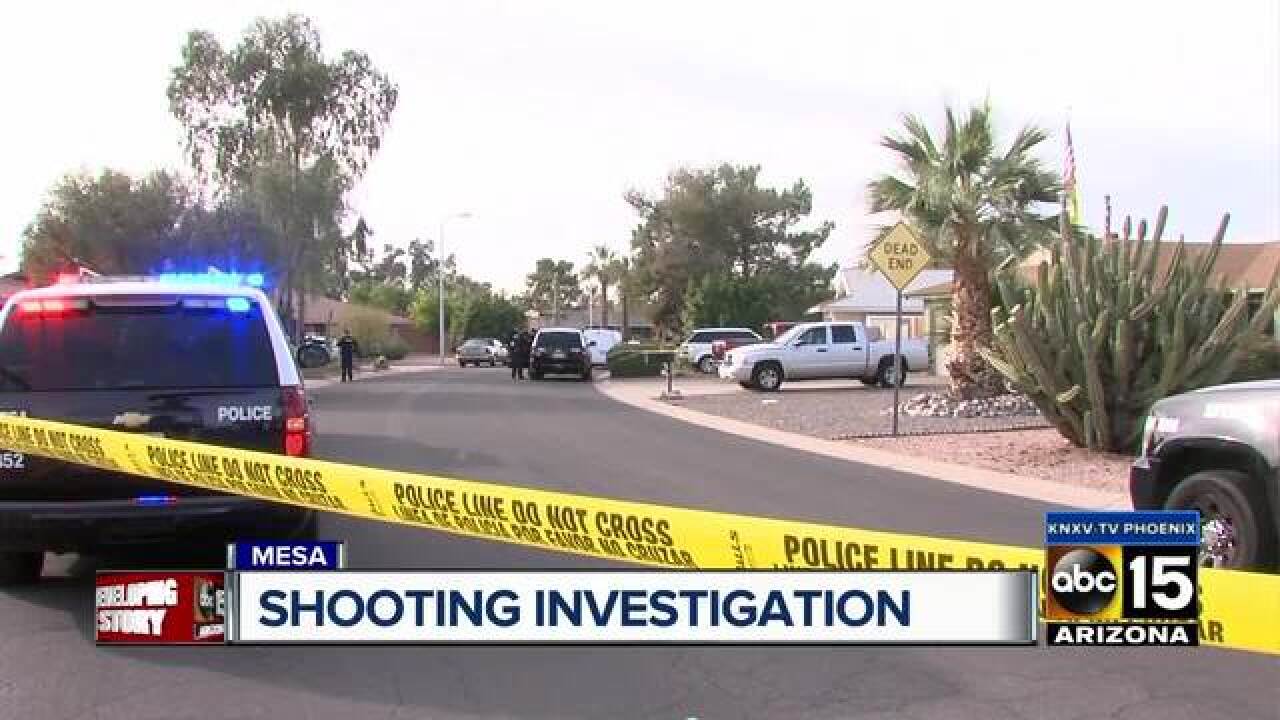 Mesa police are investigating a suspected murder-suicide after three people were found dead in a home near Broadway and Power roads Saturday afternoon.

Police say officers responded to the area shortly after 2:30 p.m. for a reports of shots fired. As officers arrived, they discovered two men and a woman dead inside the residence.

During the investigation, detectives have determined that Bruce Sr. was at the home when his ex-wife, Jill, and her companion, Benjamin, came over, authorities said. That's when an unknown altercation occurred.