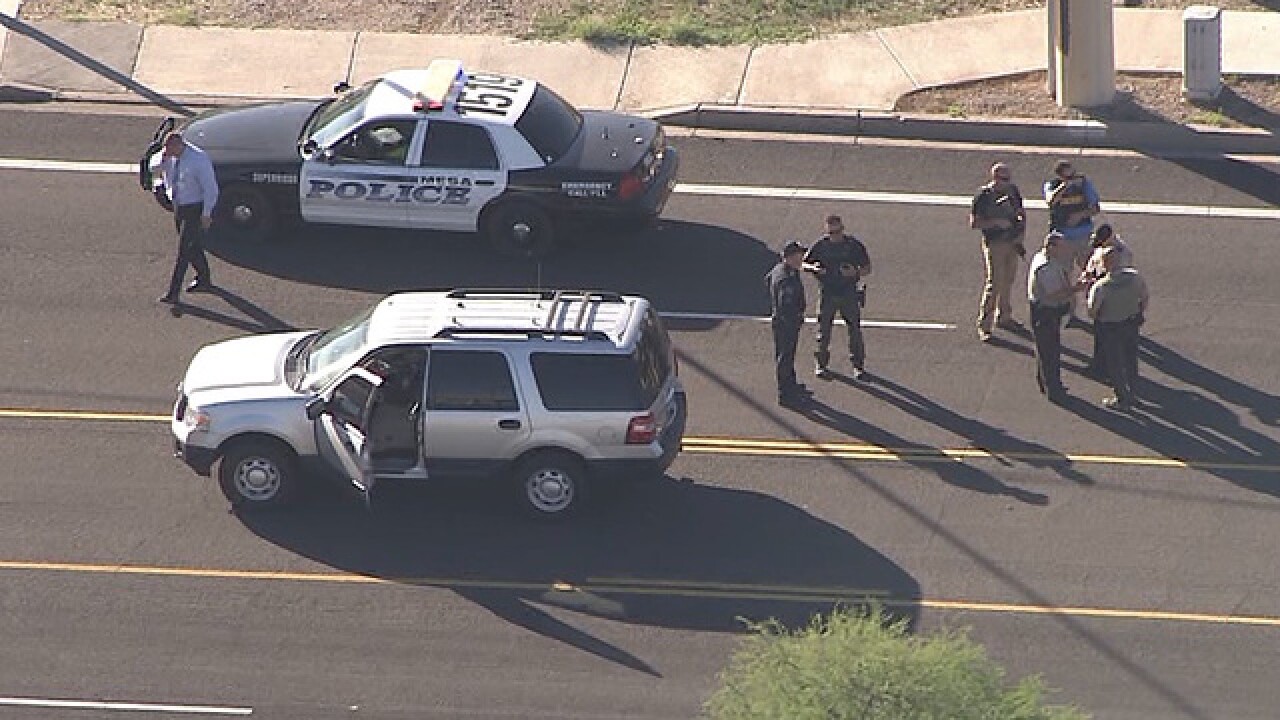 Mesa police say a woman was found dead and a man is hospitalized after an incident on Tuesday morning.

Officials were called to the area of Southern Avenue and 80th Street where an injured man was found.

He had obvious signs of trauma and was taken to the hospital for treatment. Officials spoke with the victim and his statements led officials to a woman who was found dead in the area.

The woman also reportedly had obvious signs of trauma.

No suspect has been identified.

We are currently working an assault scene with officers searching the area of southern/80th st. Avoid the area. pic.twitter.com/dOFW894B7a