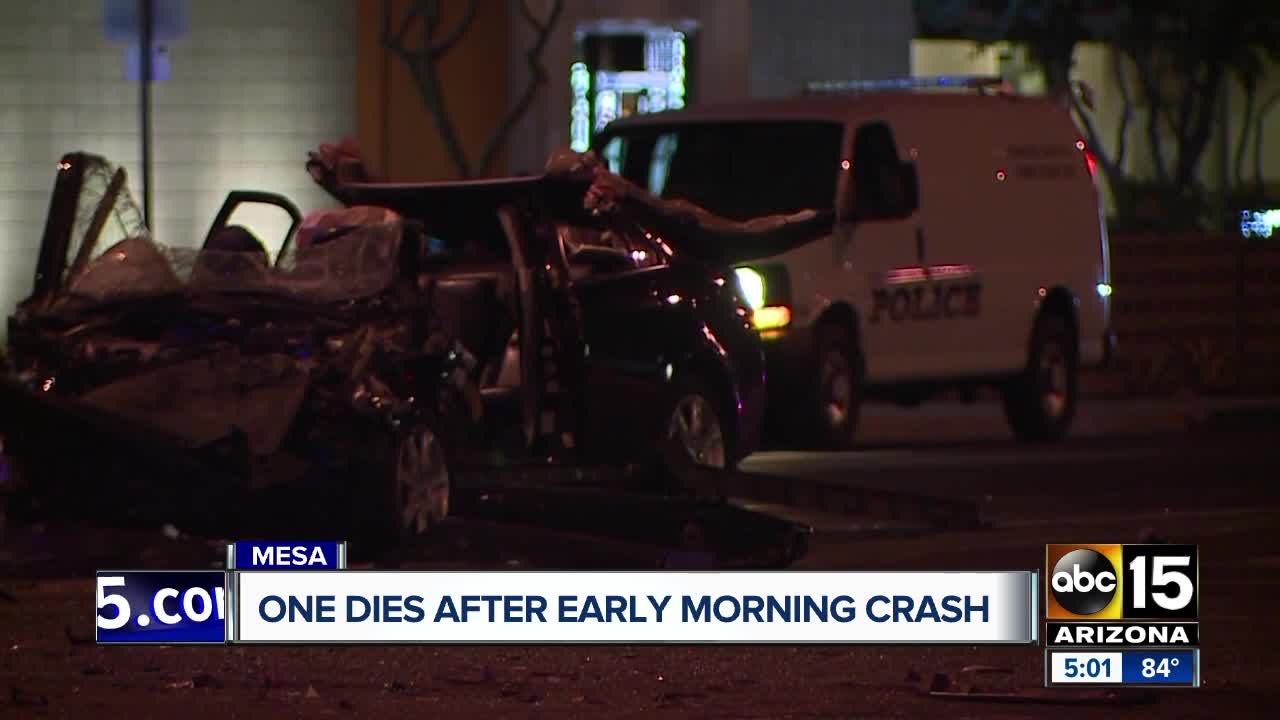 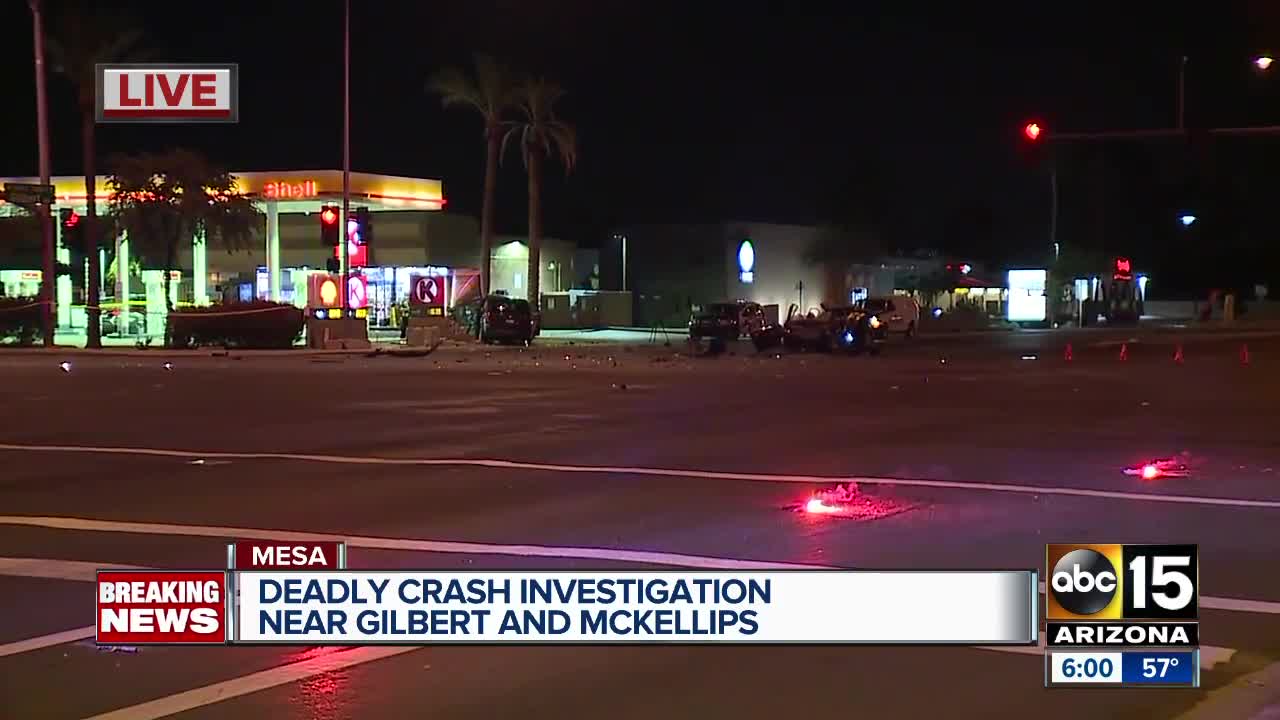 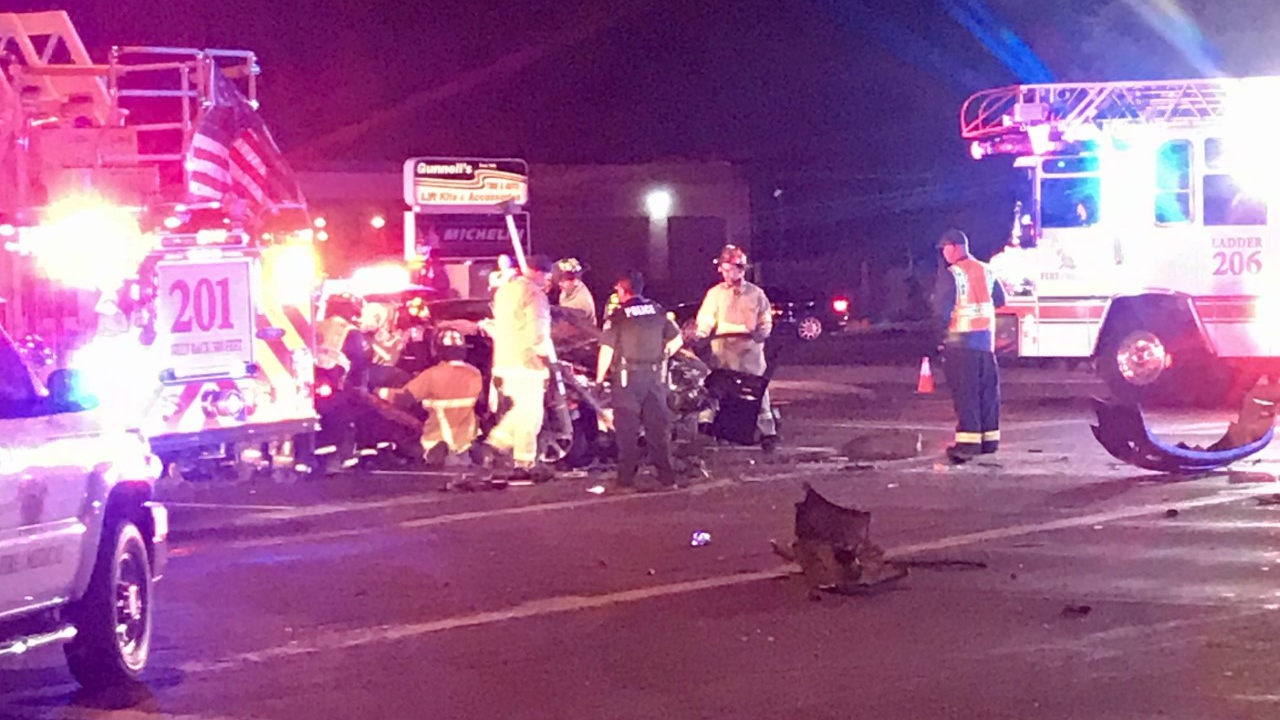 MESA — Mesa police are investigating a car crash that has left one person dead and another seriously injured.

Authorities say two vehicles were involved in the crash: a passenger car and a minivan.

Three people inside the passenger car were treated at the scene with two people transported to the hospital. One person is in critical condition, police say.

The single occupant of the minivan was pronounced dead at the scene.

Mesa police are working to gather the identities and information of all the victims involved in the crash.

At this point, it is unclear if impairment was a factor in the crash.

🚨ATTENTION 🚨
The Intersection of Gilbert / McKellips will be closed for most of this morning due to a fatal accident involving two vehicles. Please consider taking an alternative route.

Our hearts go out to the victims and their families. Remember to drive safely! pic.twitter.com/gr1woo7gky