Mesa mother speaks out after teacher alters Declaration of Independence 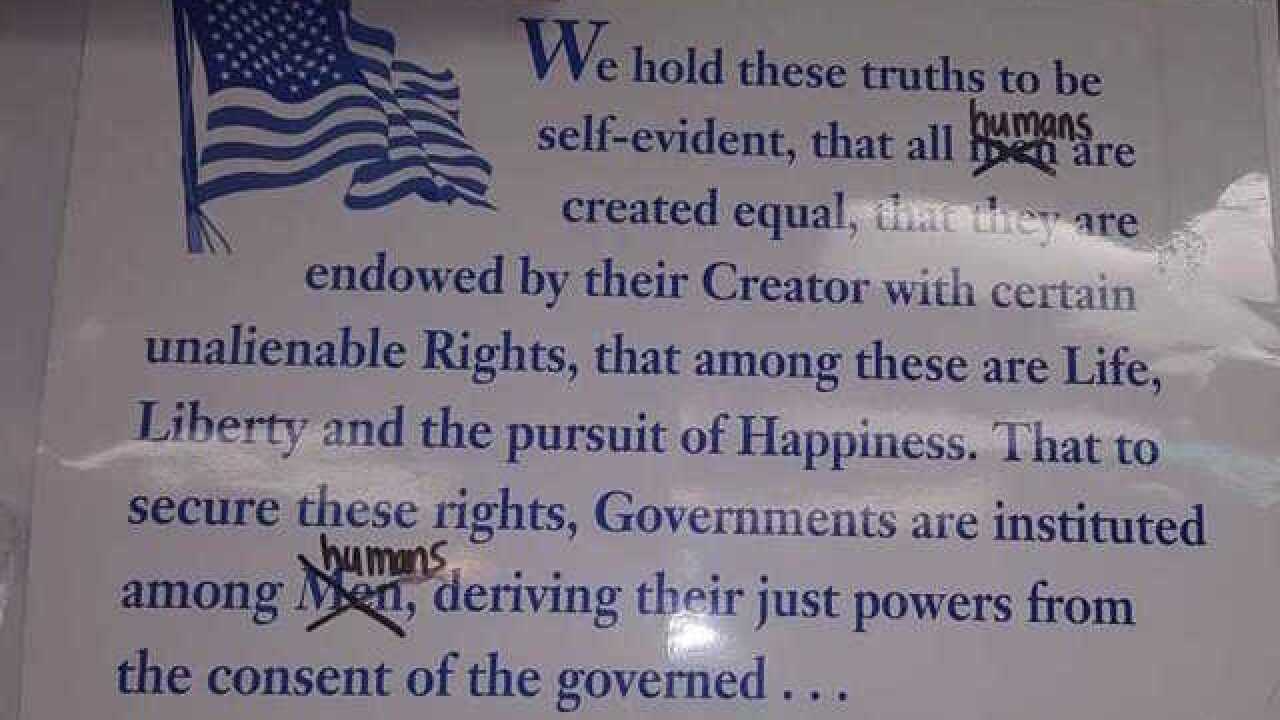 A Mesa mother is voicing concerns after her child's 4th-grade teacher changed words in the Declaration of Independence, and made the students recite the altered version in class.

The teacher at Salk Elementary school crossed out the words "man" and substituted it with "human".

The mother, Elizabeth Vaillencourt said the teacher's goal may have been to include women as well, but she went too far in altering a historical document.

When Vaillencourt took this concern to school officials, she was initially told she had "hurt the teacher's feelings" by posting about it on social media.

The school reacted by removing Vaillencourt's child from that teacher's classroom, and placing them under a different teacher.

On Wednesday, Vaillencourt said the superintendent's office contacted her to tell her what the teacher did was against school policy.

A Mesa Public Schools spokeswoman says they have policies in place when it comes to school ceremonies which includes reciting the Declaration of Independence.

It should be recited as written, and not modified in any way. School administration, when learning of the alteration to the text, provided feedback and guidance to the teacher to restore the document to its original format.

There is not a specific reference in policy to the discussion of political beliefs by a teacher in a classroom, however in practice the district does not allow teachers to share their political views with students. When the teacher used a personal example of how individuals can have differing political views but still be friends, the principal reminded the teacher that personal examples are not appropriate in a classroom setting.