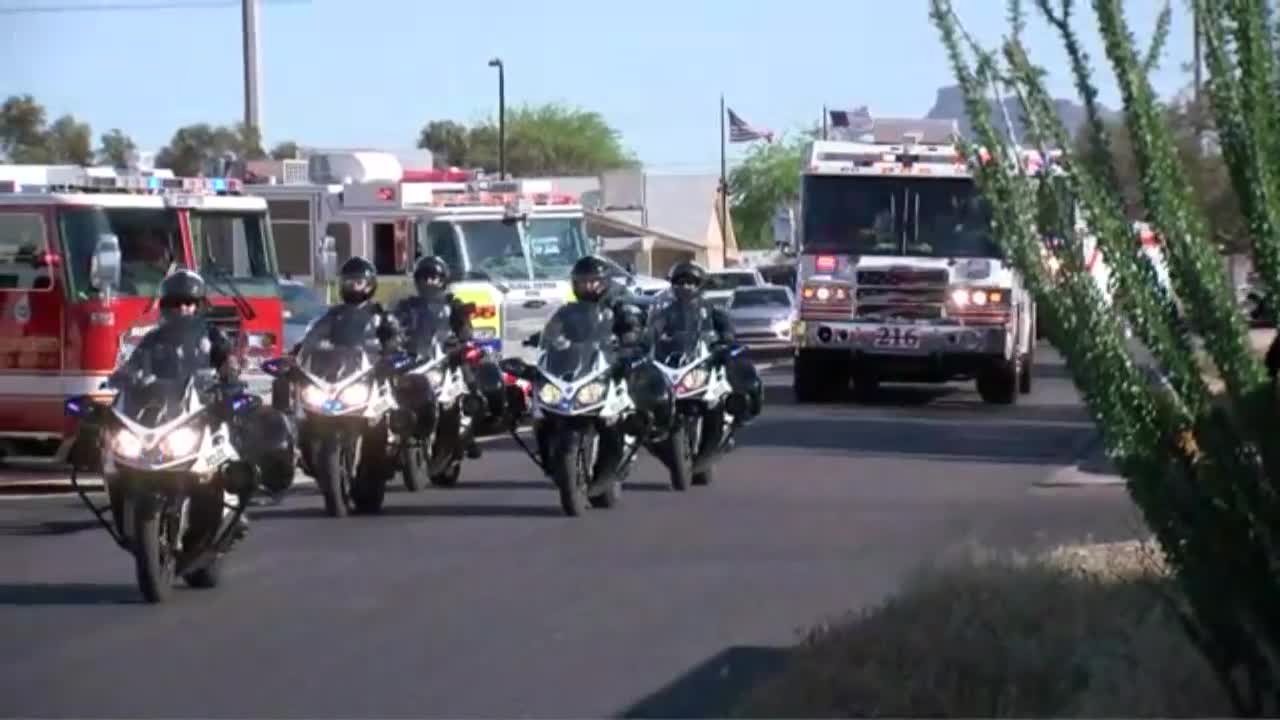 Mesa Fire and Medical Department said last week that Nikki Sullivan, a retired firefighter and EMT, passed away after a long battle with cancer. 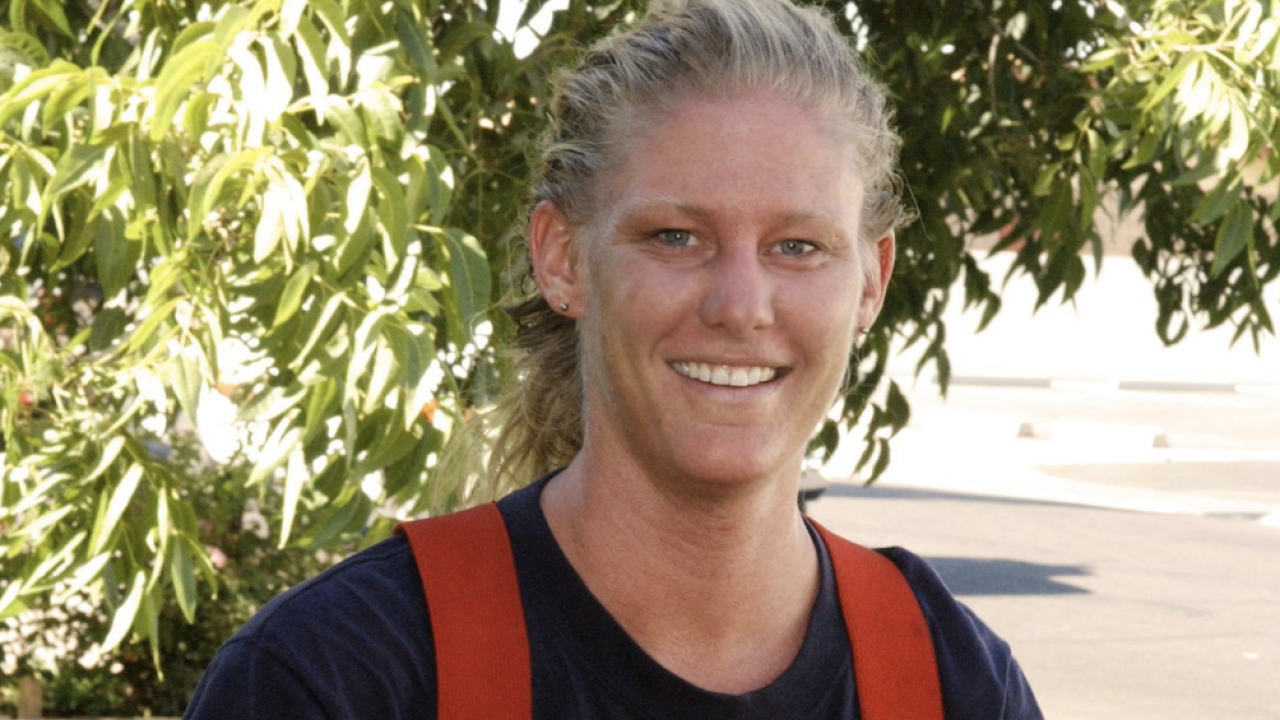 MESA, AZ — Firefighters and police officials gathered Wednesday morning to escort the daughter of a late firefighter to school.

Mesa Fire and Medical Department said last week that Nikki Sullivan, a retired firefighter and EMT, passed away after a long battle with cancer.

On Wednesday, her 6-year-old daughter Abi was escorted to her last day of school before the funeral by her fire and police family.

Abi rode to school on Engine 216, the last fire truck Sullivan rode on before she was forced to retire to battle occupational cancer in 2015.

Sullivan was diagnosed with an adenocarcinoma in her breast that spread to many parts of her body.

"She fought courageously for the last 5 years trying to beat this horrible disease and live to see her daughter grow up. She lost her battle...with friends and family surrounding her," Mesa fire officials said.

Sullivan's husband Tim is a retired Mesa fire captain was with Abi during the school escort, along with other family members.

It is with deep sadness that we mourn the loss of retired Firefighter/EMT Nikki Imm Sullivan.  She passed away yesterday afternoon after a courageous and tough fight with cancer. ⁰Rest in peace Nikki and thank you for your service. pic.twitter.com/TozECizfk0