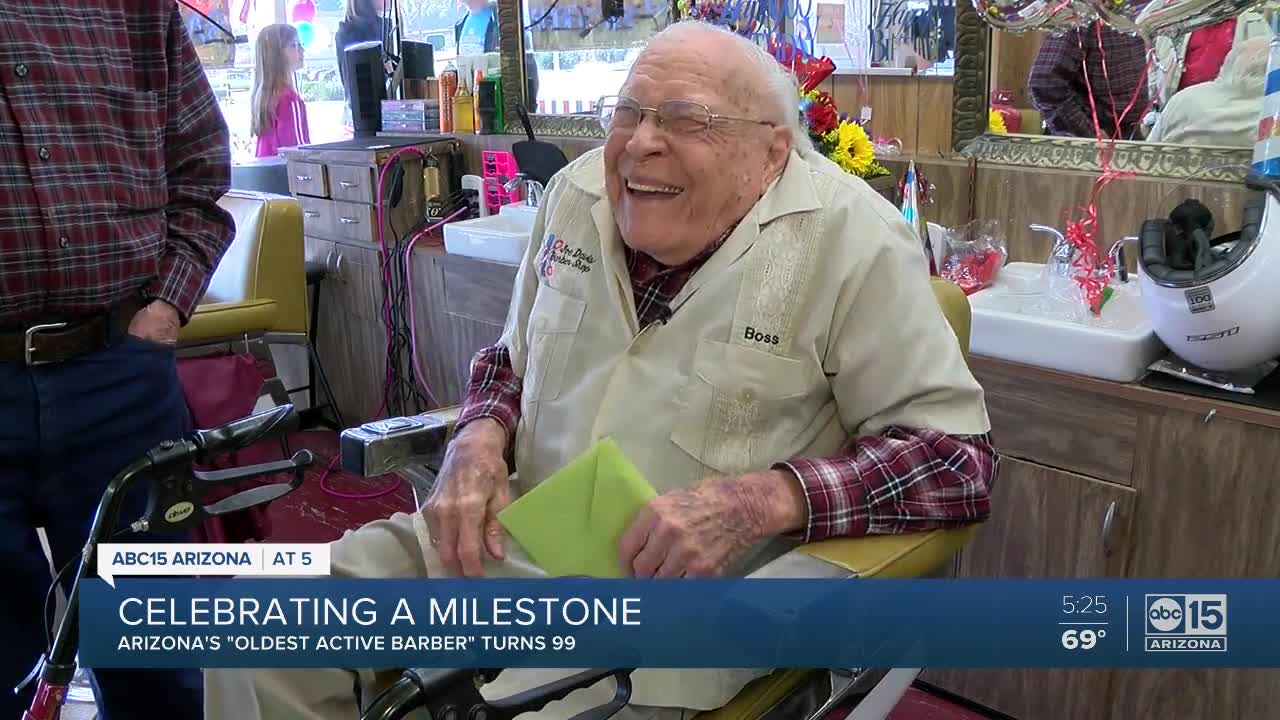 Joe Davis is celebrating his 99th birthday at his barber shop in Mesa.

Joe Davis, 99, celebrated his birthday with customers Thursday. He's run Joe's Barber Shop near University Drive and Horne Road in Mesa since roughly 1970. He told ABC15 he's been a barber since roughly 1940.

"My dad's sister married a guy from Arkansas that was a barber and he was driving a nice '29 Chevy," he said, laughing. "I thought I might like it."

With food served out front, several longtime customers inside said Joe is a big reason why they've kept coming back.

"I think the atmosphere and the conversation is a big part of it," said customer Rod Tolman.

ABC15 asked Davis after so many years, what advice does he give to new employees?