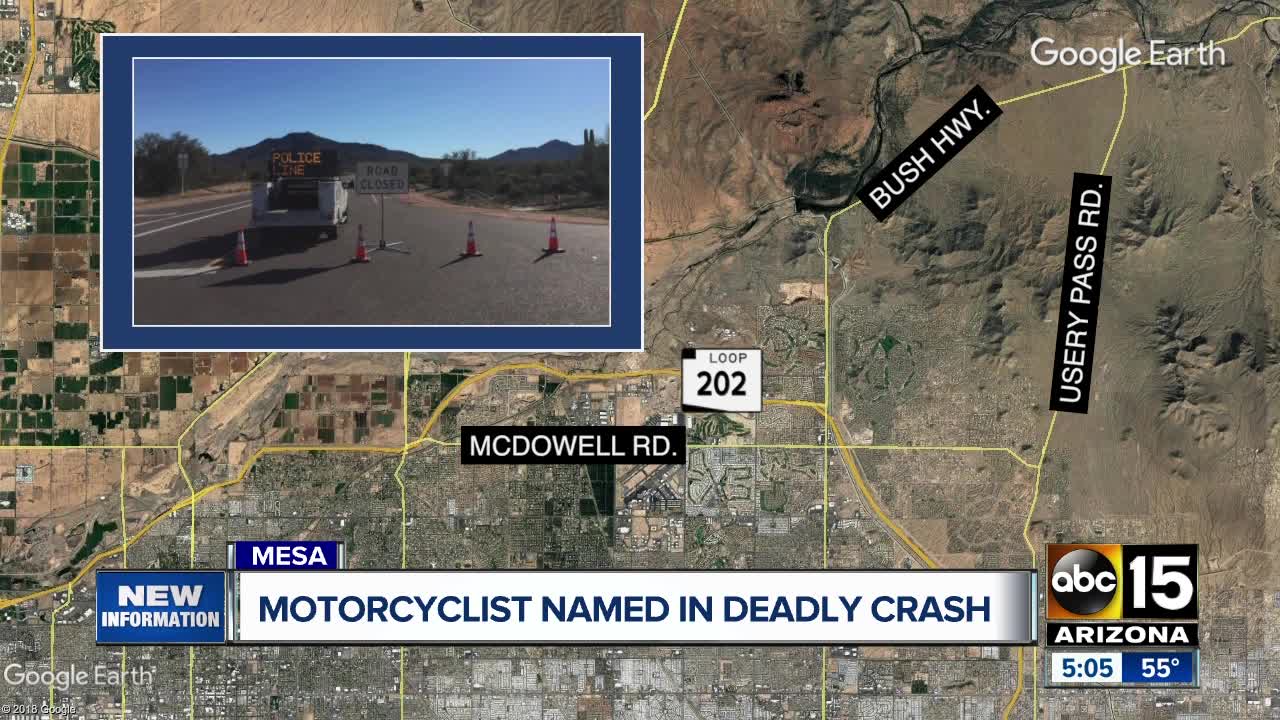 MCSO has identified a motorcyclist killed in a multi-vehicle wreck on Usery Pass Road as Robert Steisel, 62.

MESA, AZ — A motorcyclist has died after a multi-vehicle crash in Mesa on Saturday afternoon.

Around 12:15 p.m., emergency personnel responded to a report of a crash involving three motorcycles and two vehicles on Usery Pass Road near milepost 23.

According to the Maricopa County Sheriff's Office, the crash happened as 20 to 25 motorcycles were traveling southbound.

One of the motorcycles went left of the center line for an unknown reason and collided with oncoming traffic which caused the subsequent collisions, officials said.