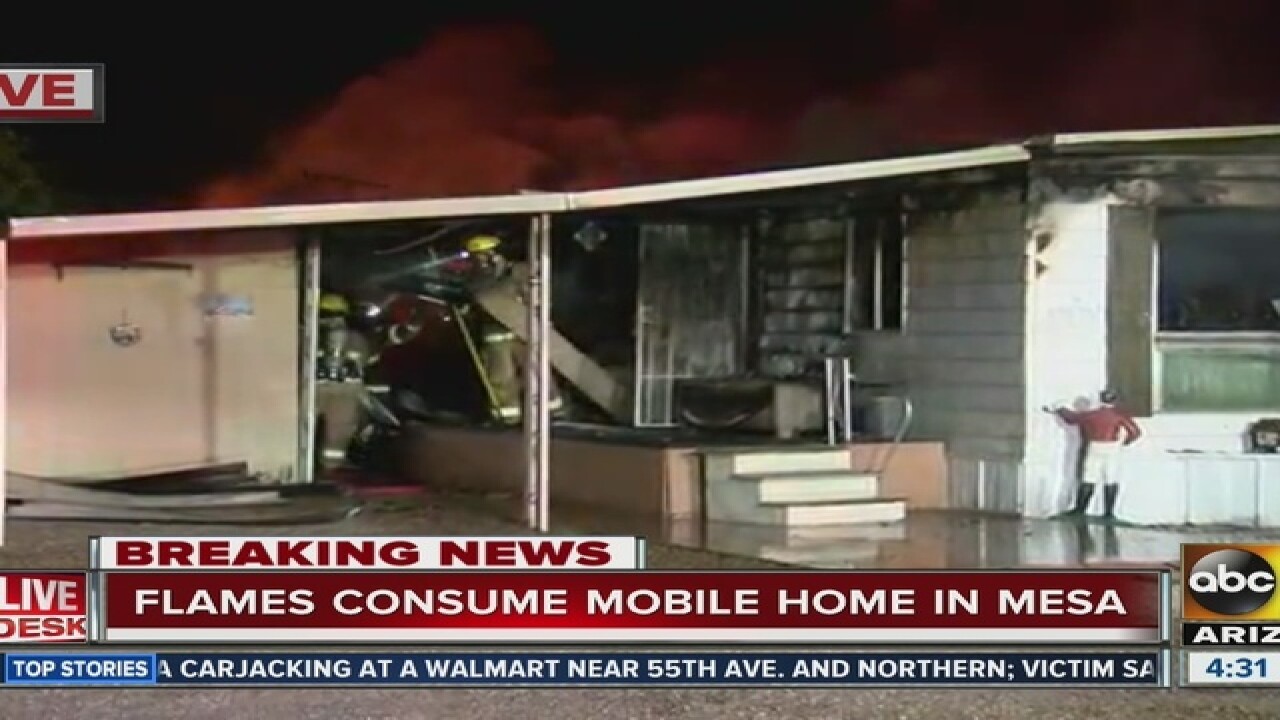 Deputies and fire crews originally responded to the fire at Sunset RV Park near Hawes Road and Main Street after 3 a.m.

The fire started at one mobile home and spread to another occupied home plus two other unoccupied homes. Two of the homes are considered a total loss.

Fire crews on scene said no one was injured.