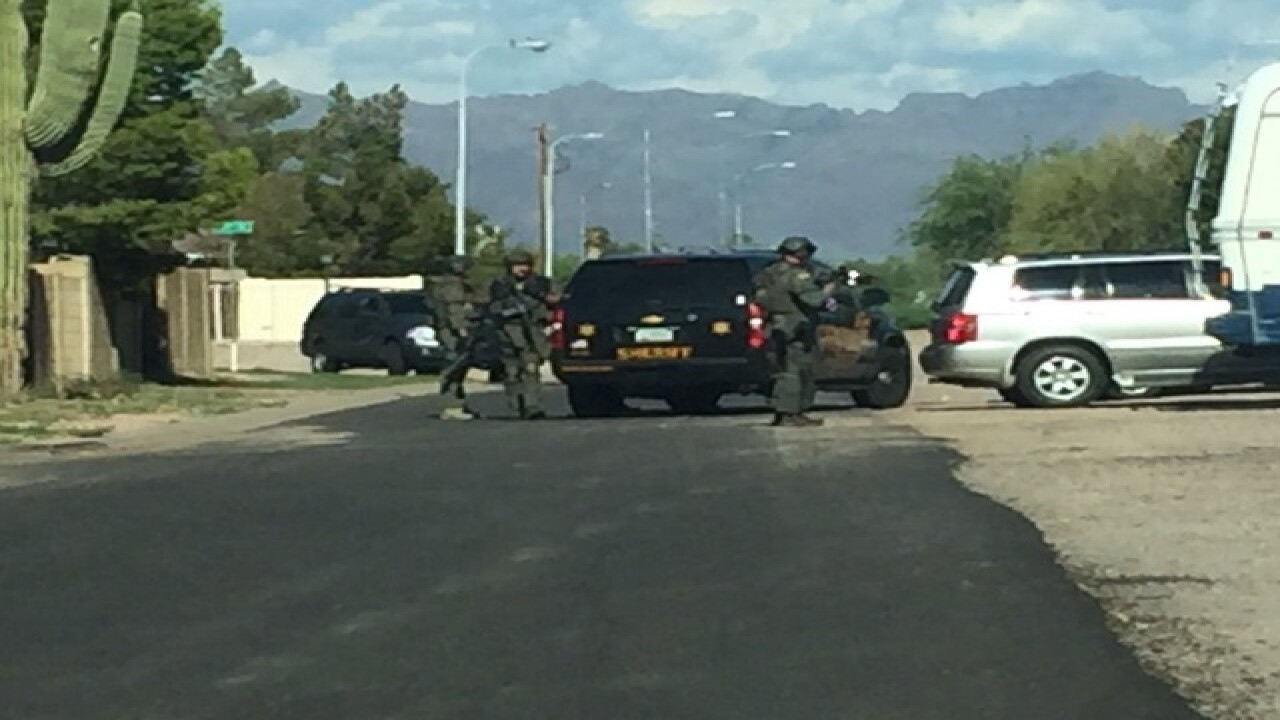 Maricopa County deputies say a man is in custody after a barricade situation in the southeast Valley.

Authorities responded around 1:40 p.m. to a home near University Drive and Crismon Road after a report of a man with a gun. Investigators say the man shot at his girlfriend, but she was able to get away unharmed.

SWAT officers responded to the scene and tried to contact the suspect for about two hours before deciding to use tear gas, MCSO said.

The suspect fought officers as they entered the home, causing one to hit him with a non-lethal rubber round before he was apprehended.

A sherff's office K-9 was attacked inside the home by several dogs, and authorities said one of the attacking dogs had to be killed. The MCSO K-9 was rushed to the veterinarian for treatment of multiple bites and lacerations, officials said.

The dog, named Marco, required sutures and will need to rest in the coming days, but officials said he will have a full recovery.

Detectives remained on-scene as of 6:20 p.m. to collect evidence.

No other information was immediately available.