Maricopa County: One motorcyclist killed, another hurt after serious crash in Southeast Valley 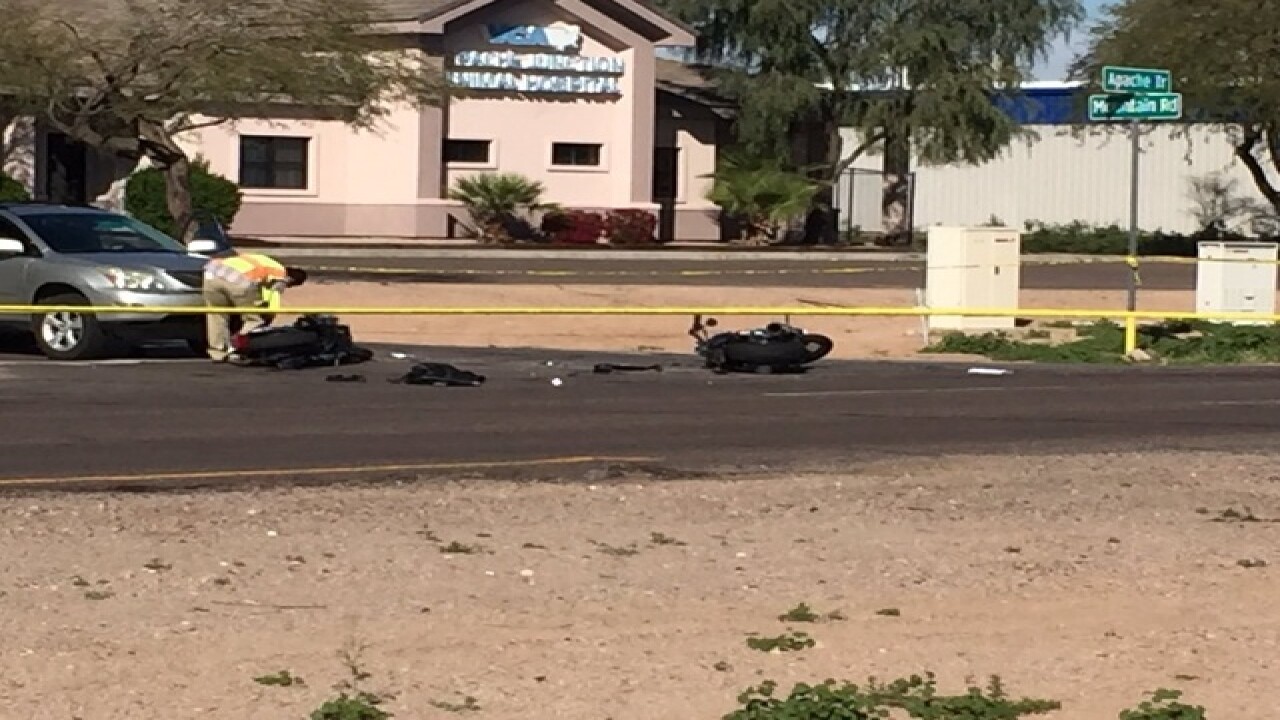 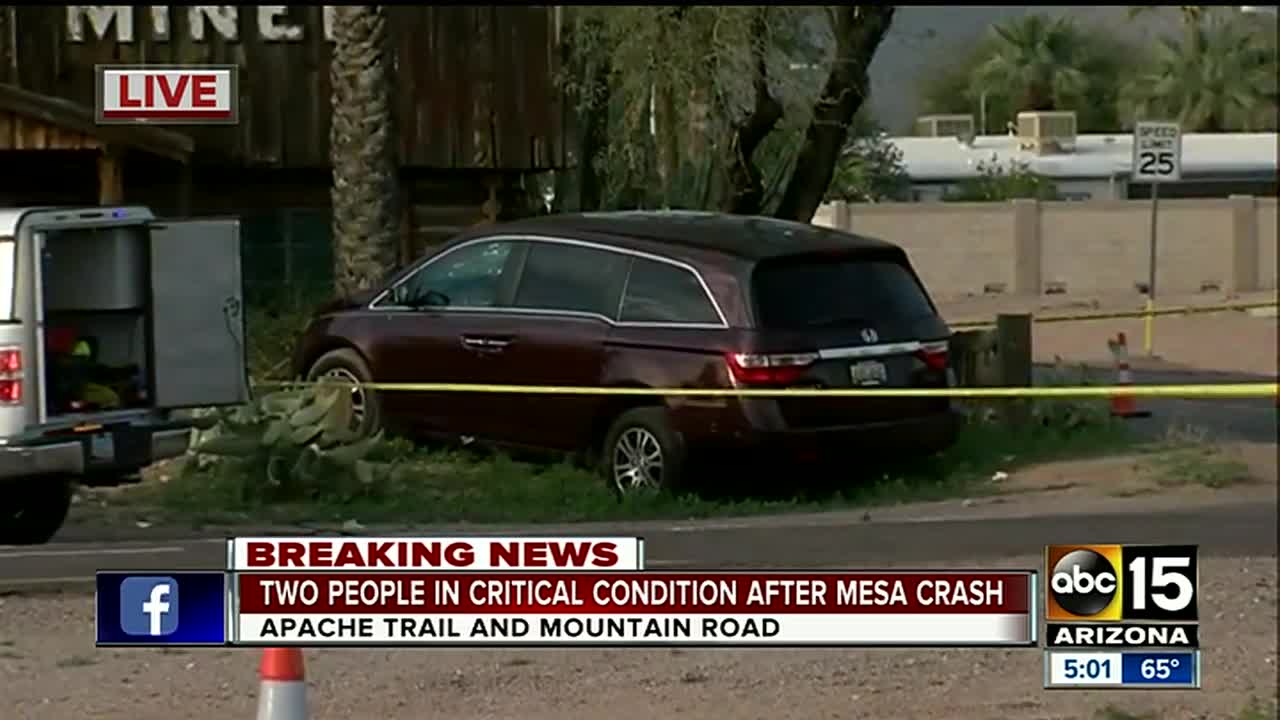 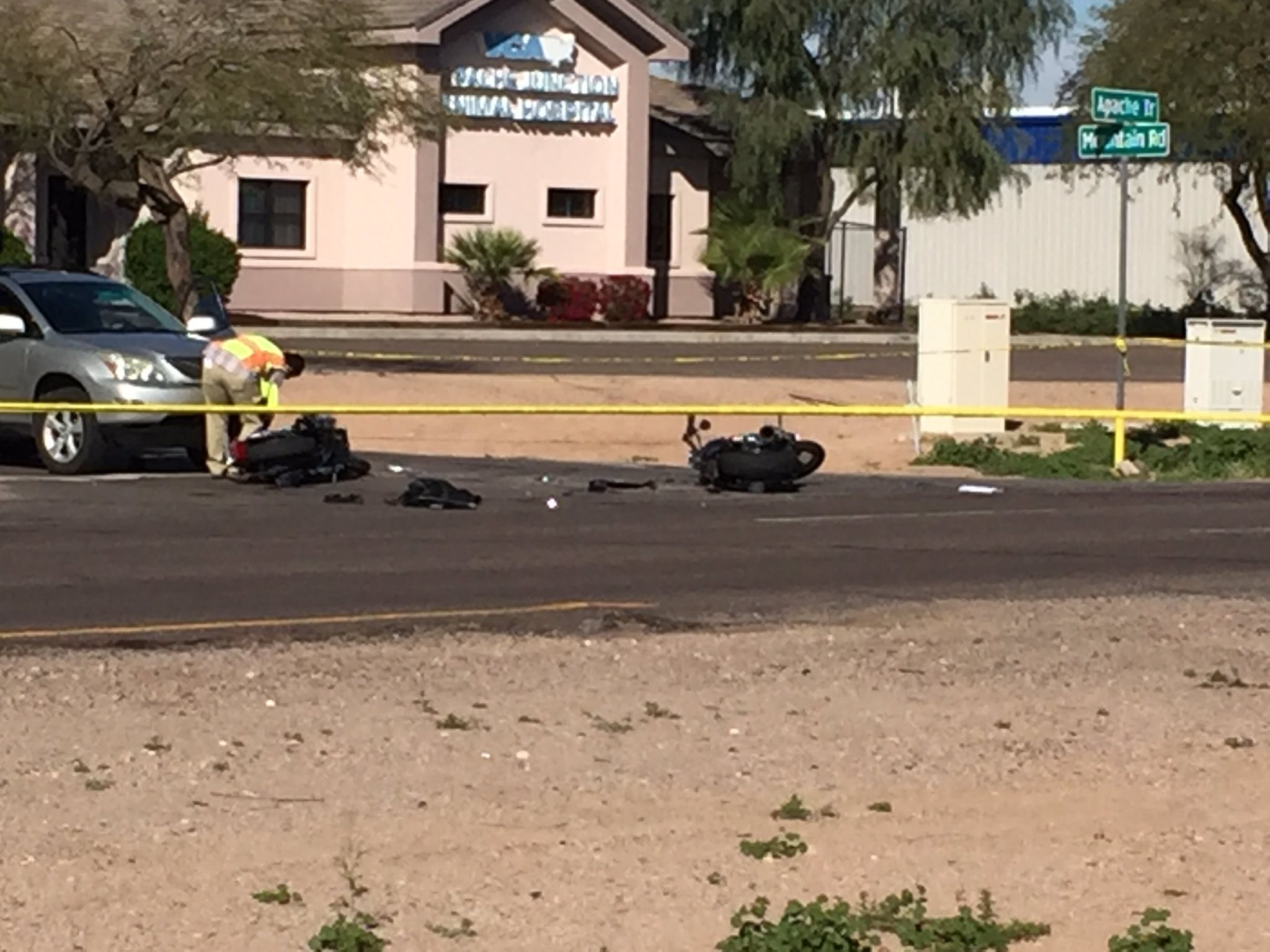 Authorities are investigating a serious crash in the Southeast Valley.

According to Maricopa County Sergeant Joaquin Enriquez, deputies are investigating a crash near Signal Butte Road and Apache Trail between Mesa and Apache Junction.

The crash, which happened around 2 p.m., involved two motorcycles that collided with a van trying to cross Main Street.

The area around the crash was closed for several hours but reopened to traffic around 6:45 p.m., according to the Maricopa County Department of Transportation.

Neither impairment nor excessive speed is believed to have played a factor in the crash. Deputies are still investigating.